It’s been about eight months since I last penned a post about my ongoing experience with prostate cancer, my subsequent surgery, treatment, my recovery from treatment and what’s happened since. That last post was written at the height of last year’s pandemic and lockdowns. Since then, I have only had phone consultations with my oncologist and urologist, but I expect in-person consultations to begin again with my next appointments this fall.

In the meantime, I’ve been doing reasonably well. Until recently, most days, there are no issues or problems, or at least none I can identify as cancer-related. But that doesn’t mean I shouldn’t continue to be cautious. I also had several blood tests, an ultrasound, and a mammogram in the interim.

Wait, you say. A mammogram? For a guy?

Yes. And it’s not a very comfortable process. I have a new respect for women who go through it. There isn’t much flesh to squeeze between those two plates, even with my face pressed uncomfortably against the posts and pushing myself as far forward as I could. And, no, the hospital doesn’t have a different machine and process for men than for women. Men do get breast cancer, but it’s very rare, by the way. At least I could joke about it with the technician.

Let me back up a year or more. Back when I was recovering post-surgery (late summer, 2020), but before my radiation treatment, I was also put on Lupron, a hormone blocker that stops the production of testosterone. Testosterone is associated with the development of prostate cancer and had to be blocked using hormones (the alternative was physical castration). I had three shots of Lupron during my treatment. This is also called ‘chemical castration” because it blocks male hormones and, in the process seriously deflates the libido. Not that I had a lot of that left after my surgery.

Among the common side-effects of Lupron — other than hot flashes, weight gain, and loss of body hair — can be gynecomastia or male breast enlargement. And, although I didn’t have that while I was on Lupron, it seems that as my testosterone and other hormones slowly recovered to their pre-surgery state, gynecomastia also arose. And it did so suddenly (more on that, below).

(This is also a tale of caution for trans people who take hormones as part of their sex change: they can have lingering, unpleasant effects that may affect you much later than you expected.)

Just as a side note, the mathematical genius, Alan Turing, was forced to take similar hormones after his conviction for “indecency” and it caused him physical problems, including gynecomastia. Turing killed himself, but don’t worry: I have no such inclination. I, at least, am not being persecuted (aside from Saunderson’s social media trolls, but they’ve been at it for a decade without effect). 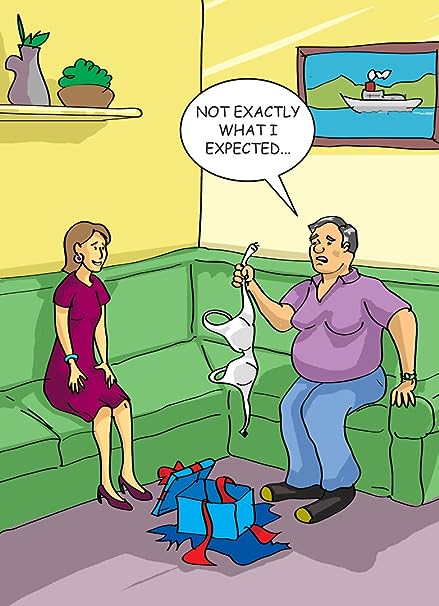 Wikipedia notes that gynecomastia can “can cause significant psychological distress or unease.” I can understand why, because for all my life, breasts were things that women had and suddenly I was getting some too. Not big ones, mind you, but the swelling was more than I had ever experienced (some weightlifters and steroid users get “man boobs,” but I am not in their crowd).

Wikipedia also notes that the condition “affects 35% of men, being most prevalent between the ages of 50 and 69.” Well, I’m a little past that range now. I’m not sure why it affects other men unless it has to do with obesity (which I am not, although I may be 5-7 kgs over my optimum weight at times; however obesity is a common disorder these days, especially among Americans).

You might be snickering at this point, imagining me (or any man) with breasts, making snide jokes to yourself about guy-bras and man-boobs. Sadly for the humour, the swelling is not that significant or large: I don’t need a bra. Susan says she doesn’t really notice it, although the enlargement is noticeable to me both in sight and touch. But even a small amount of enlargement in the tissue is enough to cause tenderness and pain, as well as overly-sensitive nipples. It can sometimes wake me up at night if I roll over and put pressure on one. Like I need another reason to have my sleep disturbed.

Gynecomastia results from an imbalance in the hormonal environment in the body, with a relative excess of estrogens (female hormones) when compared to androgens (male hormones).

However, there’s no reason my system should be getting excess estrogen. I’m not on any medication and take nothing aside from some non-prescription vitamins now and then. My diet hasn’t changed significantly in decades, and there’s nothing in it that I see which could provide additional estrogen. I eat no mammal flesh, I don’t drink herbal “teas” (infusions, aka tisanes) like dong quai, tea tree oil, or lavender, which can also cause gynecomastia (I drink regular black and green teas with actual Camellia Sinensis in them). I don’t suffer from kidney failure, cirrhosis of the liver, or obesity.

Soy products have a naturally-occurring version of estrogen (phytoestrogen) called “isoflavones.” I eat soy in various forms, including tofu and edamame beans, but the frequency of my consumption is moderate to low, and hasn’t changed. The quantity I consume is small. Legumes are also a source, and I eat them too, but not in any greater quantity than in the past (the occasional bean burrito and pot of chilli). I also drink cows’ milk, not soy or other plant-based “milks” and (unlike American milk) Canadian milk is free of such hormones.

In defence of soy, the CDC not only says phytoestrogens are safe to consume; they also have significant health benefits:

The dietary consumption of phytoestrogens is believed to be associated with a reduced risk of hormone-dependent cancers, such as breast (Dong 2010; Buck 2010) and prostate cancer (Yan 2009; Hamilton-Reeves 2010), due to antagonistic mechanisms related to hormone receptor binding. Other health benefits related to the consumption of phytoestrogen-rich diets have also been proposed: reduced severity of menopause-related symptoms (Howes 2006; Jacobs 2009); cardiovascular health (Pan 2009; Peterson 2010); and modulation of osteoporosis (Liu 2010). A report from the Agency for Healthcare Research and Quality (Balk 2005) about the effects of soy on health outcomes reported that there is no conclusive evidence of a dose-response effect of either soy protein or isoflavone on cardiovascular diseases, menopausal symptoms, endocrine function, cancer, bone health, reproductive health, kidney diseases, cognitive function, or glucose metabolism. For reducing low-density lipoprotein concentrations, however, soy protein could possibly have a dose-response effect. As for lignan intake, flaxseed has been shown to significantly reduce LDL- and total cholesterol depending on the type of intervention, sex, and lipid profiles of the subjects (Pan 2009)

And other studies have shown that

… consuming soy, estrogens appear to have a negative impact in men. An August 2018 study in Scientific Reports found that when men combined soy protein supplementation with resistance exercise training, there were no changes to their levels of either male or female hormones.

I don’t take protein supplements, either, and my exercise routine is, well, modest, although I do some. But I’m getting sidetracked.

Gynecomastia is also sometimes associated with thyroid problems. That’s a bit more problematic. The region has been known for thyroid problems (mostly in women), usually blamed on the use of pesticides used in the nearby apple orchards. I don’t have any evidence that’s the cause, but it was told to me by a local doctor some years back. But how would that involve me? Perhaps a late response from a cumulative effect? I don’t know. I had more blood tests arranged to check my thyroid levels (they were okay).

Aside from that, it mystifies me and, apparently, my oncologist, as to why it’s happened and why it has continued. So far, they have not expanded more but not diminished, either.

My problem arose abruptly, just over a month ago. I woke up one morning with sore, swollen breasts and sensitive nipples. Both breasts (bilateral) swelled simultaneously; had it been just one, I would have thought it a sprain or some physical result of exercise or posture. There was no warning, no gradual swelling. Just immediate soreness, swelling, and nipples so sensitive that even pulling on a T-shirt was difficult. Some of the pain and sensitivity have diminished since then, but not all. I am reminded many times of it every day. Oddly, it is more noticeable when I lie down than when I am upright. My already poor and restless sleep — I haven’t had an interrupted five hours since the surgery — is more fragmented because the new tenderness can awaken me.

Several blood and other tests later, I received a call from my oncologist to tell me the results: testosterone and thyroid are fine, although a few other hormone markers were somewhat elevated. But nothing she could see that would cause the swelling. She has referred me to an endocrinologist to discuss the other markers, and suggested that the swelling might return to normal on its own.

More (and more tests) to come… and then there is the upcoming bone density test for my arthritis and possible osteoporosis (damn wonky knee!)… Sigh. Don’t get old. Some days, it really sucks.