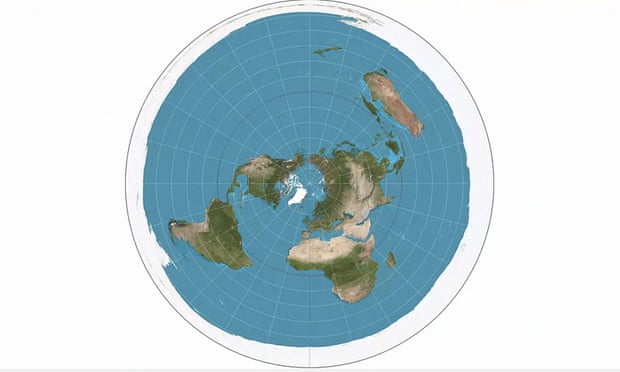 While flat-earther might be a metaphor for a certain kid of myopic, political stupidity (think of your local council…), I learned this week that it’s also a thriving online subculture of rabidly pseudo-science wingnuts.

A couple of entertaining articles about the flat-earthers appeared on the UK’s Guardian paper site (here and here) this week (and in the HuffPost, too). They surprised, but also disturbed me. I hadn’t actually believed in flat-earthers as a modern reality: while I knew of their former existence, I thought the concept was simply a trolling mechanism to expose the silliness of other pseudo-science like creationism or anti-vaccination fears.

But, no, I was wrong. There are, apparently, people who actually believe passionately in this nonsense; a very active community exists online and right now they’re having a hissy fit over one of their own’s comments. Comments which, to an outsider, sound a lot like the gostak distims the doshes.*

I suppose I shouldn’t be too surprised: the internet has allowed all sorts of madness and wackiness to gain an audience, from Donald Trump to the Food Babe, from local bloggers to chemtrail conspiracists and anti-vaccination idiots. But a flat earth? Really? That’s pretty sad. The Easter bunny is more believable.

What’s disturbing is that anyone could believe such nonsense in this day and age. This stuff is seriously loony.

After Pythagoras, support for the flat-earth notion quickly dissipated in Western cultures, and the spherical earth idea spread to others. Wikipedia has a lengthy piece about the history and challenges to the flat-earth idea (let’s not glorify it with the word “theory”), well worth reading. The point here is that flat-earth notions disappear with increases in civilization, science and technology.

Darin Hayton has a good piece on the flat-earth notions pre-Columbus,  which he says were not commonly held in Europe. Hayton writes:

Suffice to say, the idea that everyone in the West thought the earth was flat before Columbus is codswallop, mostly dreamt up by the imagination of the 19th century American writer, Washington Irving. (True, the notion the earth was flat hung on in China until much later than in the West, but by the 17th century had also evaporated.)

The idea of planetary flatulence (an apt term, don’t you think?) was revived in modern times by a British wingnut named Samuel Shenton who formed the first flat earth society in 1956. His strenuous efforts merely instilled into common usage the political metaphor I mentioned above. It also to give editorial cartoonists and satirists some ammunition that continues today.

After Shenton’s death, in 1971, the group was taken over by others who managed to insert pseudo-Biblical arguments into their claims and – as many biblical fallacies are prone to do – make it wackier than before, but more politicized (the sort of arguments you get from creationists today).

It too, petered out until the internet, which provided a platform for every wingnut idea, conspiracy and voice. The new digital democracy didn’t come with any checks and balances to make sure web sites actually contained facts.

In 2004 when Daniel Shenton (no relation to Samuel) started an online website for a new, shiny, high-tech flat-earth society.

Excuse me if I see it as an opportunistic effort to snatch money from the hard-of-thinking and the gullible. And there seems no shortage of those folks online: from magic crystals to scam psychics, reptiloids to ghosts and UFOs, from fad diets to anti-GMO scares, unethical, greedy entrepreneurs feed off the uneducated.

A Guardian piece from 2010, noted rather sarcastically, of Shenton’s hypocrisies:

If you thought that flat Earthism was gone, think again. The scientific evidence is stacked against Shenton, ­obviously, just as it is against those who think global warming is a hoax and that the dead stalk the Earth as ghosts – but that doesn’t appear to trouble him in the least…
The Earth is flat, he argues, because it appears flat. The sun and moon are spherical, but much smaller than mainstream science says, and they rotate around a plane of the Earth, because they appear to do so.
Inevitably, Shenton’s ­argument forces him down all kinds of logical blind alleys – the non-existence of gravity, and his argument that most space exploration, and so the moon landings, are faked. But, while many flat Earthers have problems with the idea of orbiting satellites, ­Shenton navigates the ­London streets using GPS. He was also happy to fly from the US to Britain, but says an aircraft that flew over the Antarctic ­barrier would drop from the sky, and from the planet.

But, inevitably, splinter groups developed, each with its own interpretation of reality, each attempting to bend the rules of gravity, space, time, geography and physics to make their wild ideas work. Hissy fits happened as groups accused one another of flat-earth heresy.

Let’s not dwell on the minutiae of wingnut splinter groups and micro cults in this intellectual quicksand. Read the Guardian articles and shake your head in disbelief.

The simple fact is that the earth has been photographed from space many times, and it’s clear to anyone with any common sense that the planet – in fact, as all planets, the sun and all planetary moons are – is a sphere. You can see the curvature in the terminator: 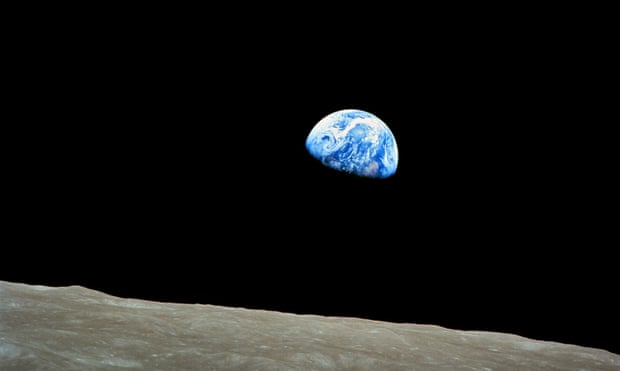 Crying it is a fake doesn’t cut it. Show me one photo anyone has taken since photography was invented that proves your wacky ideas and maybe we can talk. Someone up there in the space station has to have taken a single image that clearly shows the edge of the flat earth… aw, but they’re part of the conspiracy, too, right? So too must be the solar satellites that send back images of the big ball of flaming gas we call the sun rotating in space.

Like chemtrails, the size, scope and breadth of such a fraud is simply too vast and complex for it to work, even if there was any reason to give it some slight credence. Tens, perhaps hundreds of thousands of people would have to be involved all over the world. Communist nations working cheek-by-jowl in secrecy with democracies for decades. Yet, a 2012 article in the HuffPost says that’s just what they believe:

Flat-earthers believe photos of the globe are photoshopped; GPS devices are rigged to make airplane pilots think they are flying in straight lines around a sphere when they are actually flying in circles above a disc. The motive for world governments’ concealment of the true shape of the Earth has not been ascertained, but flat-earthers believe it is probably financial. “In a nutshell, it would logically cost much less to fake a space program than to actually have one, so those in on the Conspiracy profit from the funding NASA and other space agencies receive from the government,” the flat-earther website’s FAQ page explains.

And yet not a single piece of evidence has surfaced to indicate any of the images, any of the moon landings, any of the orbital missions are fake, or that their images were doctored. Not one single image has surfaced to prove the flat earth notion, let alone make anyone even question the spherical nature of the planets.

And think about Antarctica. If the wingnuts are right, then it isn’t a continent, but a wall of ice that circles the earth’s disc. Is it to keep us from falling off? But what has stopped Antarctic explorers from falling off the ice? It would mean travel from one ice-bound station to another would be vastly further than the distances and times recorded. Sure, not a lot of folks travelled to the Antarctic in the past, but today you can be a tourist and ride a helicopter to the pole. Surely someone would have noticed an edge and posted a selfie at it.

And what about compasses? Not the Jeep kind: the Boy Scout kind. In the Antarctic they’d point this way then that as people traversed the ice walking in a big circle. But they don’t. They point consistently towards the magnetic pole.

But more to the point, what about the last two millennia of scientific study, exploration, research and theory? If the earth is flat, it all goes out the window. Like creationism, the flat earth would dismiss all of geology, physics, cosmology, astronomy, and several other sciences and replace them with superstitious claptrap.

Simple logic and basic math (seasoned with a sprinkling of education and a dash of common sense) should dis-spell this nonsense. Yet, thanks to the internet, believers hang on in a cloud of their own cognitive dissonance.

A little commonsense and logic go a long way, too. If it sounds like a wacky idea, it probably is. Don’t be willfully ignorant and thus prey to these lunacies. Critical thinking: it’s a powerful tool in your arsenal against nonsense. Use it.

~~~~~
* “…an example of how one derives meaning from the syntax of a sentence even if it is semantically meaningless.” See here.