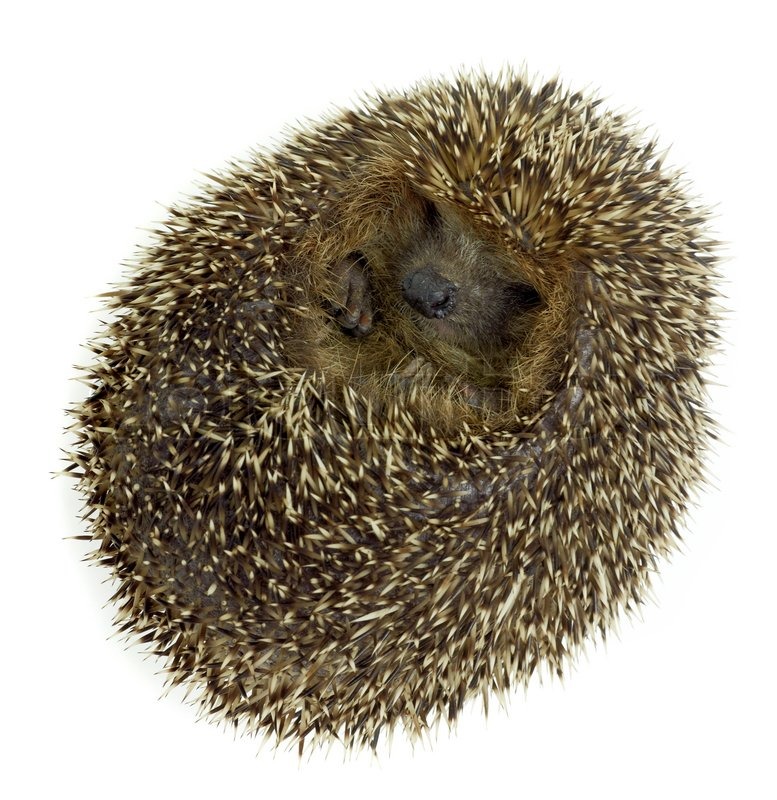 Brian Saunderson is a Hedgehog. Not literally: metaphorically. At least that’s how I read Isaiah Berlin’s 1953 essay that classified people into two categories; Hedgehogs or Foxes.

Berlin wrote that Hedgehogs had a single, central vision; one core ideal through which they viewed their entire world. Foxes. on the other hand, pursued many ends, often unrelated and even contradictory. Their interests ran across many different schools of thought, areas of interest and belief systems. Berlin considered himself among the Foxes.*

Berlin’s idea is based on a fragment of a line from the ancient Greek poet, Archilochus (died 645 BCE), which read, “The Fox knows many things; the Hedgehog one big thing.” Many writers since have expanded on that idea, even trying to fill in the missing content from the lost poem.**

Berlin was really writing about authors like Tolstoy and Shakespeare, but since he first published his essay, the idea of dividing people into these two categories spread through business, politics, art, psychology, and lately among social media users. It remains in use in popular media (more so than Machiavelli’s metaphorical division of politicians into the Lion and the Fox).

Like every such categorization, it is as true as it is an over-simplification. After all, humans are not so limited as to fit neatly into simple categories. But we use them anyway because they serve our purposes. As Robert Benchley quipped in an article in Vanity Fair in 1920:

There may be said to be two classes of people in the world; those who constantly divide the people of the world into two classes, and those who do not. ***

Metaphors and allegories, even simplistic ones, help us define who we are so we understand the world, and help us classify others within our own worldview. In 2005, psychologist Phil Tetlock used Berlin’s metaphor in his study of people who made future predictions. He explained the two cognitive styles:

Foxes have different strategies for different problems. They are comfortable with nuance; they can live with contradictions. Hedgehogs, on the other hand, focus on the big picture. They reduce every problem to one organizing principle.

In a video about his study, Tetlock comments that “How you think matters more than what you think,” at least as far as predicting future events:

The aggregate success rate of Foxes is significantly greater, Tetlock found, especially in short-term forecasts. And Hedgehogs routinely fare worse than Foxes, especially in long-term forecasts. They even fare worse than normal attention-paying dilettantes — apparently blinded by their extensive expertise and beautiful theory. Furthermore, Foxes win not only in the accuracy of their predictions but also the accuracy of the likelihood they assign to their predictions— in this they are closer to the admirable discipline of weather forecasters.

In politics, candidates often campaign as Hedgehogs with Big Ideas like reducing taxes, reforming government, or reducing spending. But in office, we really need Foxes because there is a myriad of interlocking issues to deal with: policing, infrastructure, welfare, staffing, parks, street safety, road repair, downtowns, planning, recreation, events, facilities, water, sewage, healthcare, budgets, technology, pandemic support, and so much more. We need politicians able to grasp a wide range of ideas and topics, not remain focused on One Big Thing.

If we apply Berlin’s classifications to our local politicians, we find ourselves befuddled. It is difficult, even with such a simplistic metaphor, to classify most of our council because, rather than having One Big Idea or Many Little Ideas, they seem to have No Ideas At All. They’re all a bit Winnie-the-Poohish when it comes to ideas. We need to expand our metaphor to accommodate them: the Hedgehog, the Fox, and the Ventriloquist’s Dummy.

However, we can identify that specific “one organizing principle” of our mayor that would classify him as a Hedgehog. On the surface, it would seem this is the Saunderson Vindictive Judicial Inquiry (aka the SVJI). After all, he has been obsessively pursuing, promoting it, and lavishly spending public money on it almost to the exclusion of everything else on the municipal agenda since even before he was elected in 2014. Even though the SVJI has failed to interest local residents (beyond increasing public anger over its mounting costs) and he could barely garner passing support for a mere 5% of the SVJI’s recommendations at the county, Saunderson continues to vigorously beat that drum. After all, it has provided him consistent media coverage. Local media seem content to parrot his words without questioning them.

But that, I believe is merely an outcome, not his guiding principle.

What single focus our mayor has had at least since 2012 has been himself. It seems evident his personal ambition has been his sole focus. The SVJI has proven a good tool to promote himself and gain media exposure, but it’s ultimately expendable. Mayor Saunderson’s Big Idea is, simply stated: Brian Saunderson.

When the council of 2010-14 refused to acquiesce to Saunderson’s committee’s (the CPSC’s) demand to give the YMCA a $35 million handout in 2012, he worked a handful of gullible residents into a lather to demand council give in. When they didn’t, he focused his efforts — successfully — on getting himself elected as deputy mayor. And once elected, he pursued this vendetta against those on council and staff who thwarted his committee’s demands. Thus the SVJI was born (and to date has cost at least $8.2 million and likely more than $10 if our council was honest in its accounting of the costs.)

Saunderson then campaigned for, and won, his seat as mayor in the subsequent election. And the SVJI was a Big Thing in his first year. But although the SVJI has long served his needs, it’s old and tired. Residents care little about events and issues a decade old being flogged in public again and again and again. The time to move forward is long overdue.

But while council and staff are still beating that dead horse on his behalf, Saunderson has since turned his attention away. Instead of his mayoral responsibilities, he has focused on his job-hunting campaign to get a better-paying job as MPP in Toronto. It appears the job as mayor was only his stepping stone to Bigger Things, and he is no longer interested in the commitment he swore to in his oath of office. Looking at Berlin’s classifications, our mayor’s One Big idea appears to be his own advancement. That’s a Hedgehog.

A Fox, on the other hand, would be concerned about those “little” things, like helping local businesses, workers, and residents to survive the pandemic lockdowns. Finding ways to help seniors and others at risk from the imposed isolation. Making sure our streets were safe for pedestrians and cyclists. Repairing our crumbling roads and decaying sidewalks. Restoring the terminals and upgrading the waterfront. Or any of a number of things that were beneficial to the community at large, not just to Brian Saunderson. But he’s a Hedgehog, not a Fox.

~~~~~
* In a review of Berlin’s work, George Crowder describes Berlin’s metaphor as a classification between pluralist (Fox) and monist (Hedgehog):

The contrast is a metaphor for the crucial distinction at the heart of Berlin’s thought between monist and pluralist accounts of moral value. According to monism, a single value or narrow set of values overrides all others, while on the pluralist view human goods are multiple, conflicting and incommensurable. Monism, Berlin believes, harbours political dangers that pluralism avoids. While the great authoritarian visions of politics have all rested on monist foundations, pluralism is naturally aligned with toleration, moderation and liberalism.

Hedgehogs tend to see simple, deterministic rules of cause and effect framed by their area of expertise…foxes see complexity in what others mistake for simple cause and effect. They understand that most cause-and-effect relationships are probabilistic, not deterministic.
Range: Why Generalists Triumph in a Specialized World (Riverhead Books, 2019)

Epstein asserts that “In an uncertain and constantly changing world, he asserts, fox-like traits are an asset.”

*** Benchley concluded: “Both classes are extremely unpleasant to meet socially, leaving practically no one in the world whom one cares very much to know.”