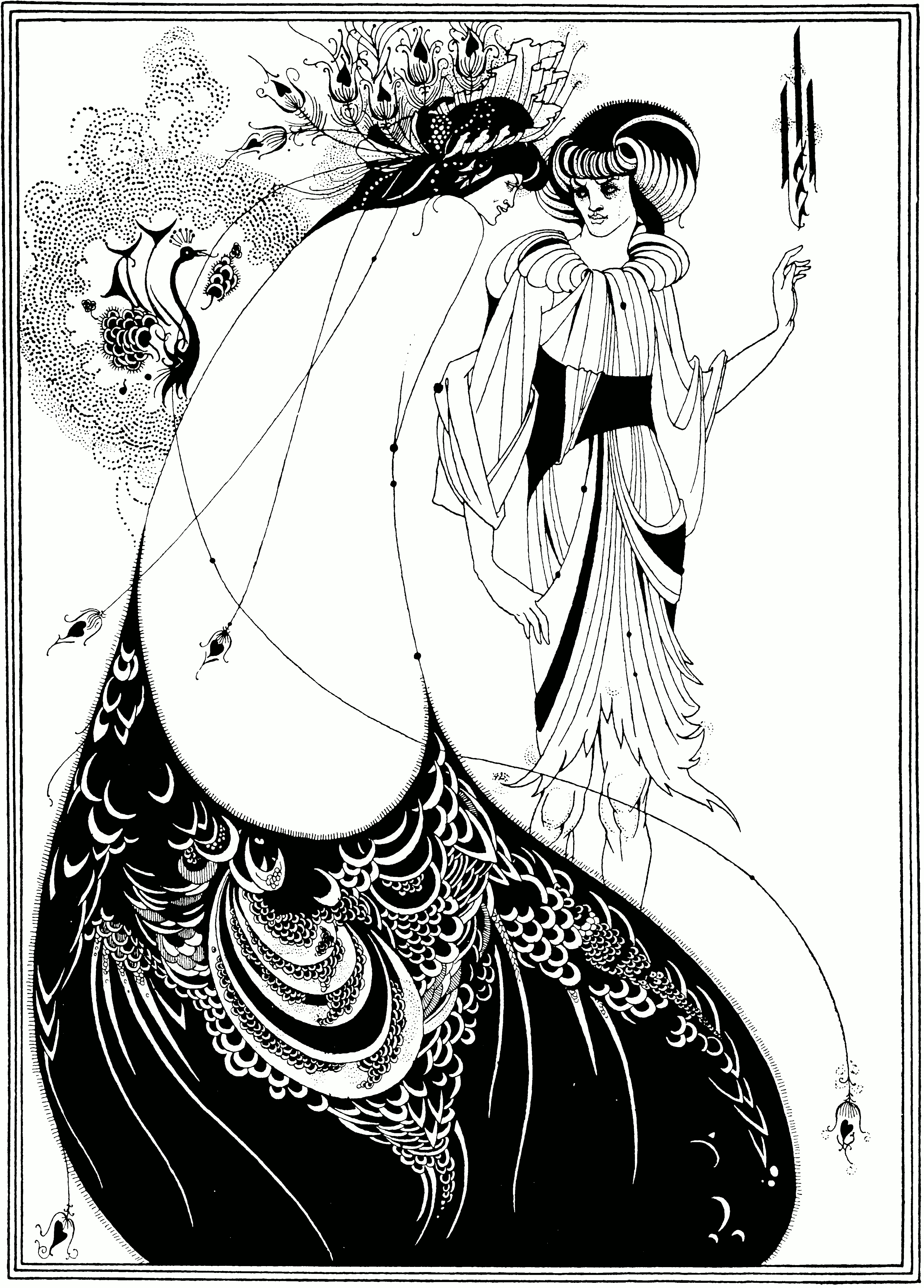 I was perhaps 11 or 12 when I first encountered Oscar Wilde’s play, Salomé. Some of it, at least.

At the time, I knew nothing of Wilde, his writing, or even much about theatre in general. After all, I was in grade seven or eight. It would be a few years before I encountered (and developed a passion for) Shakespeare and other playwrights. But Wilde I actually discovered first.

Faced with the dramatic challenges of their own – my mother was either still in hospital or had only recently been released and was struggling with the paralyzing results of her stroke – my parents allowed me to make the trip downtown to spend a day at the museum on my own. I would do that many, many times in those years. A solitary visit, a day spent in wonder and imagination.

Allowed may be a kind word. They were struggling with serious life issues, and I was, admittedly, a bit of a handful with a wayward sense of independence.

I figured out how to get to the museum, alone and by public transport, from our home in distant, suburban Scarborough to the downtown, and went off on my own, paying my way with money earned through my paper route. My parents accepted my excursions after the fact as a fait accompli, although not without stern warnings. It was not the destination, perhaps, that concerned them, but the hour-long trip by myself, negotiating buses, transfers and finally the subway.

Still, I returned every night intact, unmolested, and richer for the experience. A day in the museum was for me like a day in Oz or some other magical kingdom. The dinosaurs, the mummies, the urns, the totem poles, the stuffed animals frozen behind glass.

The words from Wilde were written in raised letters on a wall in the entrance to the mineralogy hall of the Royal Ontario Museum. It was always the second place I always visited after the invertebrate paleontology hall. I believe they are still there, today.

I copied them down into the notebook I always carried then, long since lost, but the words remained scribbled in my heart. They moved me in unexpected ways for a pre-teen, and still move me today. And I still carry notebooks to record such things, although they tend to be used for more prosaic purposes, since moments of wonder seem fewer and farther between these days.

First was the description of the minerals and gems. Like many kids, I was an amateur rock hound even then (although my real passion was paleontology). I had received a small hobby polisher for stones for my birthday and was keen on all sorts of rocks and minerals as potential inclusions in my experiments. It was one of those little electric-powered drums one filled with water and sand, added stones, and let tumble for a couple of weeks. It ran in my bedroom continually, a background noise I quickly became accustomed to. The result would be a handful of shiny, polished stones, mostly common granite, feldspar, agate and schist, that were like gems to my young eyes.

Wilde wrote of all sorts of stones and gems that seemed magical and mysterious, and I immediately wanted to know more about them, to acquire them. He wrote of stones and gems that I had no inkling of, but quickly found myself searching though the museum’s collection to discover. They were gems from far away lands, and once located, I stared at them in those quaint glass display cases,moving my head from side to side to catch the light that twinkled from them.

Second was the language. There was another sort of magic in Wilde’s words, a richness, like one of those sweet, layered desserts. Years later, reading this and others of his works, I would develop a deeper appreciation of his style and his wit. But this paragraph alone moved me almost to speechlessness. I was awed. He put words together in a way that made them sing, made them dance, made them shimmer. I didn’t know anyone could do that.

It still moves me, can still choke me to read aloud. It helped inspire me to become a writer, albeit with a deficit of talent compared to Wilde. It remained with me, like those snippets of poems you learn in school and can never quite recall in their entirety, or the lyrics of a song you listened to on the little transistor AM radio that all the kids had.

Here is what I read. I have added line breaks for clarity:

Be calm. I am calm. I am quite calm. Listen. I have jewels hidden in this place; jewels that your mother even has never seen; jewels that are marvellous.
I have a collar of pearls, set in four rows. They are like unto moons chained with rays of silver. They are like fifty moons caught in a golden net. On the ivory of her breast a queen has worn it. Thou shalt be as fair as a queen when thou wearest it.
I have amethysts of two kinds : one that is black like wine, and one that is red like wine which has been coloured with water.
I have topazes, yellow as are the eyes of tigers, and topazes that are pink as the eyes of a wood-pigeon, and green topazes that are as the eyes of cats.
I have opals that burn always with an ice-like flame, opals that make sad men’s minds, and are fearful of the shadows.
I have onyxes like the eyeballs of a dead woman.
I have moonstones that change when the moon changes, and are wan when they see the sun.
I have sapphires as big as eggs, and as blue as blue flowers. The sea wanders within them and the moon comes never to trouble the blue of their waves.
I have chrysolites and beryls and chrysoprases and rubies.
I have sardonyx and hyacinth stones, and stones of chalcedony, and I will give them all to thee, all, and other things will I add to them.

“The sea wanders within them and the moon comes never to trouble the blue of their waves.” How could a child with a combined passion for science and words fail to be moved? The images seared themselves into my brain: the breast of a queen, the eyeballs of a dead woman, the cold flame of the opal.

It opens with a request – a command? – to be calm. Why? What troubled, what aggravated Salomé, the audience to these words? And why would Herod, the speaker I later learned, be so frantic to offer what seemed like priceless jewels to her?

Questions, questions, questions. My school library didn’t have anything I could find by Wilde. So I found a copy of his play in the local Bendale library, a place where I spent many happy hours reading in those days. It’s where I discovered science fiction and fantasy stories, where I wanders the adult stacks to discover the world outside the restrictions of the children’s section. I sat at a table and thumbed through the play, looking for the speech.

Now I can’t even suggest I understood Wilde, or the play, or the politics and history behind it. All I could do was marvel at the words. I had never read anything like it. It still fascinates me. I still read it aloud to feel how the words are in the mouth, how the tongue and lips move them around, imagine what they must sound like spoken aloud onstage.

And I think that I may not have even read the whole play then, just kept returning to those words over and over, mouthing the names: topaz, beryl, sardonyx, chrysolite, chrysoprase. Like an incantation, a prayer. Every one of them I looked up in my little Pocket Guide to Rocks and Minerals, a book I kept and pored over for many years. Somewhere in my library today, I may still have a copy, although not the original.

That was along time ago that I first read those words. A lifetime. I can remember being that young, but can’t feel it. As my old bones sometimes ache and creak in the morning, I imagine my childhood self running across fields. I can see myself swimming, playing, biking, throwing a ball. But I can’t feel it. Yet I can read those words again, more than five decades later, and still feel the thrill they gave me.