Akira Ifukube. If you’re not an aficionado of Japanese film or a follower of Japanese symphonic music, his name won’t be familiar. But for millions of kaiju fans around the world, he is a legend. He composed the music and soundtracks for many of the Godzilla films, as well as many scifi and other films produced by the Toho film corporation. He has been ranked among the world’s great film composers along with people like John Williams, Ennio Morricone, and Nino Rota.*

I spent some time reading about the classically-trained Ifukube this past week after I received two CDs with selections from the Godzilla soundtracks, one from 1954 to 1975 (the Showa era films), the other from 1984 to 1995 (the Heisei era films). Ifukube was not the only composer for many of these films, but he was the most prolific. He is credited as the composer in eight of the Showa films, and four in the Heisei, but other composers often based their work on his themes. Masaru Satoh, Yuji Koseki, Kunio Miyauchi, Riichiroh Manabe, Reijiroh Koroku, Kochi Sugiyama, and Takayuki Hattori are credited on other films.

There are still more composers for the post-Heisei and US-made Godzilla films**, but Ifukube is credited for at least some of the music on four post-1995 Toho films. Although he died in 2006, he has credits in 2016’s Shin Godzilla and Legendary’s 2019 Godzilla King of the monsters.

The thrilling opening title of the very first Godzilla was as important to the franchise as Monty Norman’s catchy James Bond theme was for that franchise. It is the signature for Godzilla as defining as the duh-duh duh-duh theme that John Williams wrote for the shark in Jaws. While other composers created their own themes for Godzilla, few could abandon Ifukube’s masterful work and many incorporated at least part of it into theirs.

But Ifukube was more than just a film composer: he was a prolific,  accomplished, highly creative classical composer of considerable renown and would have been recognized as such even without his film scores. There’s a good, albeit brief biography of him in the chapter on Godzilla’s music in Brian Solomon’s Godzilla FAQ (Applause, 2017).

Update: The changes in composers came as a result of three events happening all around the same time. First, Ifukube had other commitments and was not always available. Plus he wanted to get away from film by the mid-1970s, go into teaching and focus on classical composition. Second: Ifukube’s music was dramatic and gave the films gravitas. That style didn’t always suit the Godzilla that was evolving in the franchise (family-friendly), so other composers with different styles were used. Third: money. Toho started paring down the budgets of Godzilla films and hiring a top-notch composer like Ifukube was too expensive for several of the later films. (In 1972’s Godzilla vs Gigan, Solomon reports, Toho used only bits of his music no avoid having to pay him).

The selections on the first CD include 43 pieces including music and sound effects, from all but the 1966 Ebirah, Horror of the Deep (its exclusion is unexplained, and the film is not even mentioned in the liner notes). It also has one piece from the 1961 movie, Mothra, which did not feature Godzilla. The second has 29 tracks from the later seven films, plus the “Monster Zero March” from the Showa-era Invasion of Astro Monster. The post-1995 Millennium, Reiwa era, and Legendary films are not included.

Ifukube’s last film for Toho was the 1995 Godzilla vs. Destroyah; the film was nominated for Best Sound at the Japanese Academy Awards that year,

What baffled me was how the pieces were chosen. Not every film’s title theme was included, which I would have thought to be the most important composition, followed by the end/credits composition. Given the number of choices, some of the selections seemed eccentric.  And as much as I like many, some are just not to my taste. 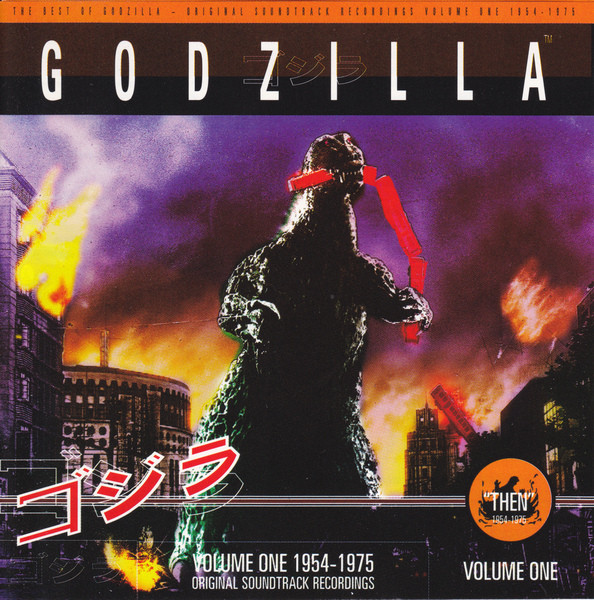 But more confounding was that I learned a different, two-CD set of selections with the same names had been released by the UK company, Silva Screen Records. Although it was also organized into Showa- and Heisei-era films, it had a different selection of pieces, with few overlaps (47 on the first CD, 27 on the second). But this set is apparently out-of-print and doesn’t appear on the publisher’s website. A few private sellers offer the CDs for sale on eBay and Amazon at rather inflated prices outside my budget(not to mention eBay’s often egregiously-high shipping fees). These selections, however, can be heard on several online sites like YouTube and Archive.org. 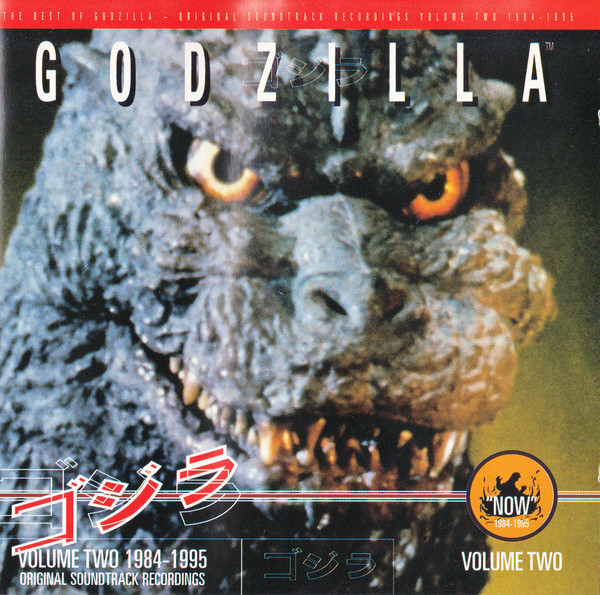 To try to compare what I might have chosen in a “best-of” selection, I spent far too long on YouTube this past week, looking for and listening to a huge selection of pieces from Godzilla films.  YouTube is a grab-bag of content; poorly organized with a barely adequate search engine, so finding anything specific is often a chore. While I was able to easily find the complete soundtracks of many of the Godzilla films, others took more effort. Plus, I wanted to expand my personal choices for best-of to include the post-1995 Toho films, right up to 2016’s Shin Godzilla (but not the 1998 American-made film, or the two Legendary Godzilla films, from 2014 and 2019, although they all have some music I really liked).

I should note that there are other “best-of” CD sets available, including a six-package “Toho Music’s 50th Anniversary Godzilla Soundtrack Perfect Collection” of 6-9 CDs apiece. The first set was released in 2004, and the final set in 2010. You can read about the sets here, and read some comments on them here. All of these sets are now highly-prized and very expensive collector’s items that sell for outrageous amounts well outside my meagre budget (I was hesitant to spend $25 each on the CDs I bought!).

Among the genuine tracks on YouTube, there are a lot of mash-ups, remixes, and edited versions created by users as a homage, or even a parody. Some were quite good, others rather ghastly, but I was looking for the originals, so I paid them little heed (aside, that is, from performances of Ifukube’s own mash-up; his symphonic Godzilla medley as shown in the video above). Aside from the main themes (including longer versions of many pieces than are heard in the actual film) the original soundtracks are also full of snippets of sound effects, background sounds, voices, monsters roaring, explosions, etc. While important for completeness, these didn’t interest me as much.

Here’s a list of just some of the selections I found on YouTube.  There are, literally, hundreds, if not thousands, of similar selections and tracks, some recorded well in excellent, high-quality audio, others poorly. Plus you can find the soundtracks and selections from related kaiju films like Mothra, Rodan, Gamera, and others, often linked in playlists to Godzilla films or movie soundtracks. After many hours listening, I had a long list of my “best-of” pieces, far too many to put on even two CDs (a typical CD holds roughly 74-80 minutes of music, or 650-700 MB of data. Even as lower-quality MP3s, I suspect the tracks I favoured would consume several more than two CDs)***.

What it really liked hearing were the longer, complete versions of many pieces that expressed the composers’ visions more fully. And I was surprised at how many sentimental and romantic pieces there were. I suppose it’s easy to forget that one of the main components of most Godzilla films is a love interest, often a bittersweet love-triangle or lovers confounded by an over-protective brother theme. Plus, as in the Star Wars franchise, there are signature themes or songs for other kaiju like Mothra, King Ghidorah, Monster Zero, and so on. When you listen to these outside the movie, you really get to appreciate their complexities.

I also go to hear some of Ifukube’s non-film works, none of which I had heard before this past week. I was impressed enough to start hunting for CDs of his work to add to my collection. While Godzilla soundtracks are not to Susan’s taste, I’m convinced she will find his other music to be quite enjoyable. But I hope she might at least be stirred by the medley performed in the video above.

* Coincidentally, he was born and died in the same years as my father. Ifukube composed his first film score in 1947, the same year my father left England for Canada. He went on to compose scores for more than 250 films, of which the 1954 Gojira (Godzilla) was his most famous. Forty of those films were kaiju or science fiction films.

*** NB. Since Toyota and other car manufacturers have made the customer-hostile decision not to install CD players in their new vehicles, owners have to convert their CD collections to MP3s and copy them to a USB or other device to listen to in the car. Since CDs remain a viable, popular technology (CDs and CD players are sold in every department and box store, as well as in many large grocery stores), this decision is inexplicable and frankly stupid. I still buy CDs because their publishers pay the artists more than streaming services do. Plus, I don’t have a data plan on my phone, therefore have no streaming services while I drive.