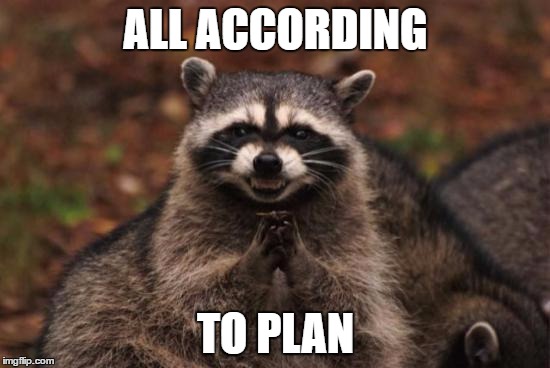 Whether or not The Block sell our share of our public electrical utility to the for-profit, Edmonton-based EPCOR, it will still cost taxpayers millions. And I don’t mean just the rising costs of sole-sourced lawyers and buddy consultants the administration has hired (well over $1 million already, and the bills keep coming in). I’m talking about the hidden costs The Block won’t divulge because they don’t want taxpayers to realize how really bad a deal they’ve made with this devil.

And it all happens behind closed doors, Monday, Oct. 23, 2017. No public input allowed on the sale of our own utility. The Block intend to privatize our utility without informing the public of the costs or the consequences.

My industry sources tell me there are many costs associated with the sale that will be built into the selling price, but paid back to the buyer after the sale. In other words: it’s a shell game. We taxpayers will pay the buyer’s costs and their fees, but these will be hidden in the contract, which will be kept secret, so you won’t know what they really are. Sneaky and underhanded – The Block’s way.

Let’s start with the transfer tax: the Ministry of Finance applies a 22% tax to sales made to out-of-province buyers. So if the sale of the town’s share is $8 million as it was in 2012, the MoF will demand a $1.76 million transfer fee. But the buyer will probably offer more, an inflated value of, say, $10 or even $12 million, and the town will repay the buyer the tax from the total. So the town doesn’t actually get the extra cash: that pays the buyer’s taxes. Did I mention the shell game?

Then there’s the “break fee” or termination fee we will pay even if the deal falls through. This happened to Innisfil when its council decided not to sell InnPower to EPCOR (as I recall from media stories, the amount was $1.2 million, but I may be incorrect). Wikipedia tells us this is:

Which my industry sources tell me has already been agreed upon – in secret of course – by The Block and the town administration. We’ll pay it even if we decide not to sell. How much will it cost us? It really depends on what sort of slimy deal The Block cut, but again my industry sources suggest it will be between 8% and 13% of the offer.

So if EPCOR offers, say $10 million and the town says no, taxpayers will STILL have to pay between $800,000 and $1.3 million to EPCOR. Why? Because The Block negotiated it. EPCOR will walk away with the money, we get stuck with The Block. We lose either way (PLUS we’ll have paid out more than $1 million in the above-mentioned legal and consulting fees and paid the former interim CAO’s salary of $225,000 a year for the past three years). More than $2 million of YOUR money that could have gone to upgrading our waterfront or another public project.

And… since we have not been told any of the details of the offer (The Block just love their little, secret schemes, don’t they?), it is possible there is a clause for the seller to cover the buyer’s costs anyway, even if the deal goes through. It’s not uncommon for a government sales contract to include repayment of preparation times, negotiation support, legal fees and other costs in the bid. But we will never know for sure, because of The Block and their beloved cult of secrecy.

Then there’s the shotgun clause. The current contract says PowerStream (aka Alectra after the merger) can buy the town’s share (and own 100% of the utility) by offering the same amount that EPCOR offers. But the utility share won’t be worth what gets offered because hidden kickbacks will inflate the price (to pay back the transfer tax and other costs) and because over the past three years, The Block and administration have deliberately and aggressively savaged the utility’s revenue stream from the shared services agreement (remember Councillor Doherty’s infamous “what’s a dividend?” reaction? or the fake scandal over employee transfers?).

In fact, the loss of revenue has made the share worth LESS than what was paid in 2012: maybe only $5-$6 million now (not to mention the debt taken on for re-capitalization so the town could get the money). Will PowerStream pay a lot more than the utility is worth to keep it? Not likely. That’s part of The Block’s sneaky plan (I apologize if saying sneaky and The Block in the same sentence is redundant…).

And are there other hidden costs that will come back to bite us (and raise our taxes)? I wrote about this last year, asking what this deal would cost taxpayers. The Block never responded (telling the truth is not their style). Nearby Innisfil found itself in a financial quagmire when it started negotiating with EPCOR, as the Barrie Examiner noted:

The town and InnPower would have been required to warrantee InnPower’s financial statements, tax position, employment arrangements, contracts and environmental liabilities, up to 35% of the purchase price, with a $10-million penalty if either party walked away from the transaction after the agreement was signed.
InnPower also agreed to reimburse the town $150,000 in legal and transaction expenses, establish an Ontario regional head office at the InnPower building, and pay a “finders’ fee” of up to $3.75 million, after EPCOR has invested $75 million in Innisfil’s infrastructure, an investment likely to take five to 10 years, and expected to involve further partnership with InnServices, the new town corporation established to handle water and wastewater municipal services.

So here’s what I think was the plan all along: the town will instead offer to buy PowerStream’s share.

Okay, you ask, how can we afford it? We have a bylaw that says we can’t borrow more until our debt is substantially paid down (which it isn’t, yet). I suspect EPCOR will ride in on a white horse and offer to pay the purchase price (at a modest fee for their benevolence, no doubt, either a flat commission or a few points more than the bank would charge…). Then the town will sell the whole utility to EPCOR for (I suspect) around $12-16 million.

But wait… there’s that pesky transfer tax again. If the town gets $16 million, it will pay EPCOR’s tax of $3.52 million from that sale. Plus whatever “benevolent” fee EPCOR charges for fronting the money in the first place. Plus whatever fees are built in to recover the proposal costs.

If the offer is $12 million, we end up with much less: $1-$2 million, barely enough to cover the legal and consulting costs (but the lawyer is laughing all the way to the bank). Minus, of course, what The Block pay the former interim CAO for his ongoing role as a “consultant” in this vile deal, although he technically “retired.” And much of the rest, no doubt, will go to pay the hugely inflated costs of having our own IT department with new staff members – at a cost double to triple what it used to cost us to get the service from Collus-PowerStream. So in the end, the deal gets us nothing (in fact, the ongoing extra costs of the separated IT and water departments are costing us MORE every year…)

Quite a letdown from the $8 million we got from PowerStream in 2012, and much less than what PowerStream offered for the share back in late 2016 (which I guess was $7-$8 million but may have been more). This is Block math: less is more, as long as it fulfills their personal agendas. They don’t care a whit about what it means to you, the resident and taxpayer. Your input is not allowed.

EPCOR, being a for-profit private corporation, will probably apply as quickly as possible to have our hydro rates jacked up to make as much money from its customers (us) as it can. There may even be a clause in the contract that GUARANTEES a profit for them every year (if they don’t make it, the town pays the difference – your tax dollars subsidizing a private corporation).

And because it’s a private corporation, EPCOR isn’t accountable or open to public scrutiny like our own utility, so you won’t have any say on the matter. And any dividend gets paid not to Collingwood but to the city of Edmonton. We’re screwed, thanks to Brian and his Blockheads.

EPCOR will also likely re-enter secret negotiations with The Block to take over our public water and wastewater utility after the sale (this is why The Block had the utility separated from the agreement with Collus in 2015: to enable the privatization). Within a year, The Block will have accomplished their goal to privatize our utilities without having a SINGLE public discussion on it, let alone consultation and public input.

The Block howled in protest when the utility couldn’t afford to pay the town a dividend (thanks directly to The Block’s actions). They howled over the alleged refusal of Collus to give them information. Now they want to sell that same utility to a for-profit corporation that won’t pay any at all to the town or be open and transparent. What hypocrisy!

If you think this process has been underhanded, unethical and corrupt, if you want to know if money has exchanged hands, if someone’s getting a kickback or commission, or what the hidden costs to taxpayers will be, then please, send an email to the Ontario Energy Board NOW before it’s too late. If they get enough complaints, the OEB can delay or even stop the sale while it investigates. It can force the town to deal openly and honestly with our asset, instead of this unethical conniving behind closed doors. (for other ways to contact the OEB, see here)