In his 2004 book, The Know-It-All, A. J. Jacobs tells of his quest to become “the smartest person in the world” by reading the Encyclopedia Britannica from cover to cover.

Right away, you can see the fly in this intellectual ointment: knowledge doesn’t equal intelligence.

Jared Diamond, in his introduction to Guns, Germs, and Steel, credits the barely literate, ill-educated tribespeople of New Guinea as being the smartest people he ever met. Not because of their ability to discourse, as Jacobs says, on the intricacies of the Phoenician legal system, but rather because their daily life is such a struggle.

That struggle, combined with a hostile environment that lacks many of the natural resources like metals that propelled western civilizations’ technologies ahead, Diamond writes, forces them to think a lot about how to survive. They have to be creative in ways we never consider, or have long since taken for granted. They have to find solutions using limited tools and resources. That makes them very smart.

You want dinner? It’s a few steps away, a short journey between freezer and microwave. They want dinner, it has to be found in a challenging and dangerous world, caught, killed, cleaned, a fire made from raw materials, then cooked. They survive every day having to solve life-affecting problems. Our biggest challenge many days is whether to watch this channel or another one.

Modern civilization often relieves us of the necessity to think critically. Convenience is wonderful, but it also can make us stupid. Just look at the number of cute kitten photos on Facebook paired with sappy “inspirational” quotes attributed to the wrong person. Or the number of homeopathic sites. Convenience often makes us susceptible to marketing, advertising and propaganda because we accept rather than analyse.

And reading alone isn’t enough to alleviate it. People read all sorts of stuff online – volumes of the written word – but still believe in all sorts of superstitious, stupid claptrap like chemtrails and vaccination conspiracies. People read and give credence to wingnuts like Jenny McCarthy and Anne Coulter. There is no shortage of written material online about Bosnian pyramids, UFO abductions, religious intolerance, astrology, “psychics,” racism and political extremism.

So reading itself is not a path to intelligence. You need critical thinking and skepticism, too. Lots of skepticism.* 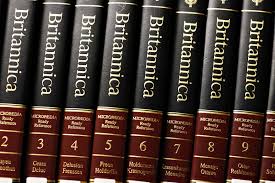 Knowing what Francis Bacon wrote, or how Abelard (of Heloise fame) died is interesting, but it needs wit and wisdom to build mere facts into something useful, or to connect facts into a hypothesis that flies beyond them. Many naturalists and scientists knew the same facts as Darwin about animals and fossils before he put them together and came up with the Origin of Species. It took a special intelligence to see the connections.

Learning, of course, helps by providing background, reference, context and examples. It creates the dot pattern. But it doesn’t give anyone the intelligence to connect the dots in any particular way. In fact, we’re prone to make the wrong connections, the post hoc ergo propter hoc logical fallacies, or the pareidolia Jesus-in-a-grilled-cheese false connections. **

We tend to make connections based on our preconceptions, to make the lines connect in a way that fulfill our beliefs rather than explain the facts. Local blogs teem with this sort of misconnection. Even knowing the facts doesn’t stop people from coming up with erroneous conclusions or jumping into conspiracy theories when those facts contradict what they already believe.

Learning opens – or should open – larger doors. Knowing, for example, even a bit of Elizabethan history and politics, even a smidgen about how Elizabethans felt about astrology, religion, France, education, the classics, medicine, witches, men’s and women’s roles, language, sex, war, animals, the supernatural, Jews, geography… any of these can be a key to open the door into that wonderful room full of Shakespeare’s works.

Without that learning, Shakespeare would be arcane and opaque, a collection of archaic and obscure words, not the masterpieces of drama and psychology we know they really are. But that doesn’t take intelligence. It takes some diligence in reading and studying; it takes a reasonably good memory to keep all the facts straight, in play and not let them slough off the conscious into that pit of forgetfulness we all have in our brains. Mostly it takes hard work.

Study, study, and study some more and you’ll eventually cram enough stuff into your brain that you can win any game of Trivial Pursuit and pass your exams. But you won’t necessarily be smarter.

In fact, in our educational system, a good memory is rewarded more than being smart. In the former, you just have to regurgitate what you have been told, and in the latter you may add two and two and come up with four in a way that shows up the teacher.

Still, you can’t help admire Jacobs determination, not to mention his choice of reading material. Geekweek wrote of the book,

Upon first impression, you would think THE KNOW-IT-ALL, subtitled ONE MAN’S HUMBLE QUEST TO BECOME THE SMARTEST PERSON, would be a dry and heady read.  But Jacobs’ honest and vulnerable style charms us along his quixotic journey to absorb all 33,000 pages of the encyclopedia set.  What could have easily come off as a pompous gimmick, ends up being an endearing and inspiring act of genius.  THE KNOW-IT-ALL won’t make you a Know-It-All, but if you retain even just 10% of it, it’ll make you smarter.

Well, no it won’t. Like I said: knowledge isn’t intelligence.

I’ve seen dozens of encyclopedia sets given as donations to the Mother of All Yard Sales over the past decade, and the majority of them end up in the landfill. Encyclopedias age too rapidly for modern information seekers, and take up too much shelf space. But not the Encyclopedia Britannica. I’ve never seen it come through the door as a castoff.***

I suppose the EB (not to be confused by the local newspaper) is too precious, too stately to discard. I’d be pleased, nay, honoured, to own a set. But it’s a bit outside my modest price range. If it’s even being published in a print (to be honest, I can’t figure it out from the EB website, but there is a digital version shown).

If I had a set, I’d happily follow Jacobs’ lead into this intellectual expanse and try reading it cover-to-cover. What a challenge! Failing that, I vow to finish Casanova’s 12-volume autobiography. Not quite as magnificent a chore, I’m afraid. Maybe I’ll read Johnson’s dictionary instead.

One of the problems we face in the internet age is the speed by which knowledge changes, by which new information is made available, and the breadth of information readily available to anyone. The EB sits like an insect frozen in amber: once committed to print it is locked in. That’s why encyclopedias issue year books: to update readers on the new, the changes, the advances. A necessary, but cumbersome method of keeping knowledge current.

Hubble’s latest pictures, the images from the Solar Dynamics Observatories, the dusty, rock-strewn plains of Mars snapped by Curiosity – these appear instantly online. In print they may take a year to see publication. Imagine what the EB might say about the Egyptian government, or Syria’s, or even Canada’s. The entry might be a year or more old while events have swirled around the players, changing them.

So while the EB is a good pedestal from which to launch one’s self-education, it cannot be read in isolation of media and the internet.

Even the “Phoenician legal system” Jacobs mentions may change; not perhaps the data but our interpretation of it; new translations of the ancient texts may provide deeper or different insight. Think, for example, what we have learned – and speculated – about the life and death of the child-pharoah, Tutankhamun over the past few years.

Does it matter whether he was murdered, died of malaria, epilepsy, being run over by a chariot in battle or by infection from an unhealed wound? Perhaps not to many, but if your goal is to learn as much as possible, you need to know what paths, even speculative, lead from the facts. Learning, you can recite the facts of all the theories. Intelligence gives you the tool to draw conclusions from them. And those conclusions, if well-founded, form the foundation for subsequent beliefs.

Reading the Encyclopedia Britannica is a bit like wading in a splash pool. Every entry is a tantalizing introduction to a subject that beckons with a much deeper pool into which you can dive. That to me is the benefit of Jacobs’ undertaking: to be enticed with so many facts and ideas that you will want to spread your intellectual wings and learn more. Big as it is, the EB is really just a giant bag of chips waiting to be consumed.

So be like Jacobs, and read it, all of it, cover to cover. Bathe in its fountain of knowledge. Just don’t expect to get any smarter, even if you do win at Trivial Pursuit more often.

And if you can’t read it, then at least read Jacobs’ book. It’s wonderfully entertaining, even if his comment on Chaucer is woefully short.
~~~~~
* If nothing more than to keep people from opening malware links in emails that promise you’ve won the lottery you never bought a ticket for.
** I’m sure I’ll get lambasted again as a “pompous ass” by the sophophobiacs (gnosiophobiacs? or are they just verbophobiacs?)  for using Latin here, but it’s actually a term in common legal use, the sort of thing you pick up from hearing town lawyers comment on issues. Or from watching West Wing.
*** For sentimental reasons, I have saved a few volumes of these older encyclopedias because they contain articles that express an archaic or historical point of view. One example is an entry on Cuba written in 1960 or 61, when the Cold War was reaching its apex. It’s a snapshot into the past unfiltered by later historians.