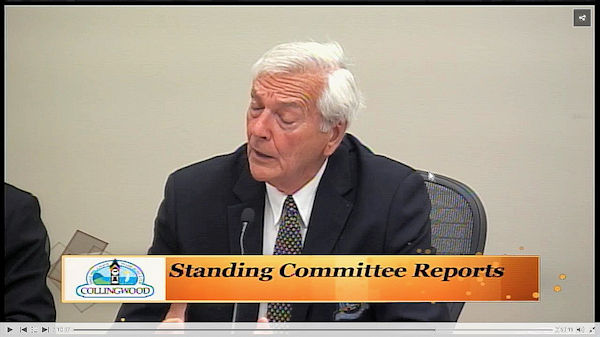 You really have to watch Rogers’ coverage of Collingwood Council, July 11, 2016. Start around 2:08:00. That’s when the discussion about the upgrades to the brick at the Collingwood Curling Club begins.

Another comedic episode full of zany antics and madcap mayhem brought to you by The Block. Be prepared to howl with laughter as Councillor Ecclestone attempts to justify hiding public information from view.

Let’s pause for a moment to remind readers that these upgrades and repairs were approved last term, in 2014 and should have been completed by now. But this council and administration dropped the ball for almost two years.

The former building department official who oversaw the project when it was supposed to go ahead provided a report on the status of the building and proposed repairs in early 2015. The administration sat on the report while the snooze button kept being hit until mid-2016. But I digress.*

Finally, the work got approval to go ahead, two years after it was first proposed and approved. But better late than never, eh? Who cares if costs have risen in the interim? It’s only taxpayer dollars! There’s millions of them where they came from!

Push ahead in the video to 2:09:45. That’s when Councillor Ecclestone speaks. Be prepared to drop your jaw and guffaw aloud. He says:

In the future, I don’t think we should be making public the 15 percent, uh, contingency. I think that it, you know, doesn’t need to get out there, cause I think once you put that in there, the company then can, fffff (sic), go for the full bundle, right? So I’m just thinking that in the future we should just keep that, uh, um, not announce it to the public.

Is he kidding? Hide information from the public in an open bidding process? This is someone who claims to have been the “head of council” previously. Yet here he appears thicker than the brickwork about to be repaired.**

So Mr. Openness and Transparency wants to hide from bidders the standard contingency fee built into all requests for proposal (RFP) and requests for quotation (RFQ) procedures. How’s that for accountable government?

At 2:10:15, the mayor tries to explain how the process works, what a contingency actually is, and that, for the sake of openness and transparency, all bidders should be aware of it. But at 2:10:32, Ecclestone interrupts her:

No, I understand the bid process. But I’m just having trouble with, you know, if, if we’re building a bridge for $100,000, and, and the successful companies knows it’s $115,000, you know, I just don’t think we should put that out there. But that’s maybe a separate, uh, something for the future. And it would apply to all quotes and all department heads and purchasing I guess, and, uh…

Unfortunately, the cameras only capture our supercilious councillor as he fumbles his way through this outburst. They don’t capture the rolling eyes and face palms that were probably being made by staff and even some of our other members of council (those few not equally clueless about the process) upon hearing him meander on. 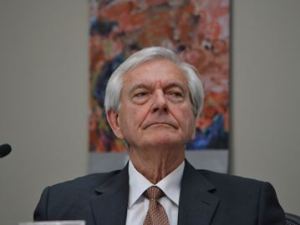 Allow me to interrupt Mr. Meanderthal for a moment and ask my readers: Do you know what a contingency fee is included for? Yes, you’re right: it’s an amount calculated to cover unexpected or unavoidable cost overruns should they occur. It isn’t paid out unless something unexpected occurs. It’s contingent on outcomes. It isn’t paid out automatically. Good, I knew you knew that.

For example, when Centennial Pool was being upgraded before the Sprung structure was built, it was discovered that part of the original, 1967 structure had been built to standards well below what we demand today. Unavoidable costs were incurred to bring it up to modern construction and safety standards. That was covered in the contingency fee calculations.

Contingencies are built into the budget to avoid costly surprises. When no contingency occurs, the project is said to come in “under budget.”

Budgets for pretty much all construction projects are calculated with contingency fees. Since it’s often a matter of conjecture what will happen when the shovel hits the dirt, or the work begins, it’s standard practice to include contingency figures into the estimates, just in case. When firms bid, they understand that those contingency fees are not paid out unless they can justify them. In other words, unless something unexpected happens, and they can prove it, they don’t get them.

But here’s Councillor Ecclestone suggesting that, instead of the open and transparent public process, the town should be secretive and hide that contingency figure that everyone knows is always built in. And he’s saying this in front of the cameras!

It would be a mere individual tragedy if he didn’t reflect the Block’s overall attitude towards openness. The Most Secretive Council Ever doesn’t like any public input or access to information. But this is what you elected and this is the attitude we have to live with for the next two-and-a-half years. Get used to it.

And get used to the local media glossing over and whitewashing this stuff.

~~~~~
* The official finally left the town’s employ, frustrated, I’ve been told, with the innumerable bureaucratic delays. Another good senior staff person who couldn’t wait to leave the disaster that is Collingwood town hall. Is that four or five now? All in less than two years… Council still has not done a performance evaluation on the senior staff, probably because they know what they’d find, and it isn’t flattering. Of course, it is council’s responsibility; however since that’s not a word in the Block’s vocabulary, they avoid the issue.

** A reminder: here is a YouTube video of a portion of the all-candidates’ meeting held at Rupert’s Landing during the previous election campaign. Ecclestone speaks at 11:39. At 12:15 he claims to have a “very extensive business background” and at 12:29 as being “very accustomed to managing committees.” At 13:21 he claims to have been the “head of council” for Lutterworth Township. In his campaign piece in the Collingwood Connection, he again claimed to have been the Reeve of Lutterworth Township, 1992-94. Unfortunately, I can find no record of his political role online, and no independent data to refute or validate his claims. All I know is that all committees and boards, if they don’t have their own procedural bylaw, operate on Bourinot’s (or its American counterpart, Robert’s) Rules of Order. Yet Ecclestone continually speaks out of turn, reads the wrong item, loses his place in the agenda, or engages in ad hoc discussion in violation of the basic rules of order. For someone allegedly “very experienced” in these rules and procedures, he doesn’t appear to know them at all. He certainly doesn’t understand the bidding process, as he claims in the meeting above.

Other things to watch for in this council meeting:

At 2:11:09 Councillor Edwards thanks staff for the previous three staff reports. Edwards’ main contribution to any discussion is apparently to act as the municipal equivalent of a Wal Mart greeter. “They really put a lot of work into those, and it was really interesting reading.” However, this did not deal with any issues on the floor, didn’t inform the public, and face it: it’s their job to prepare reports council requests and they do it well. But they don’t need to be thanked in public every time they do it.