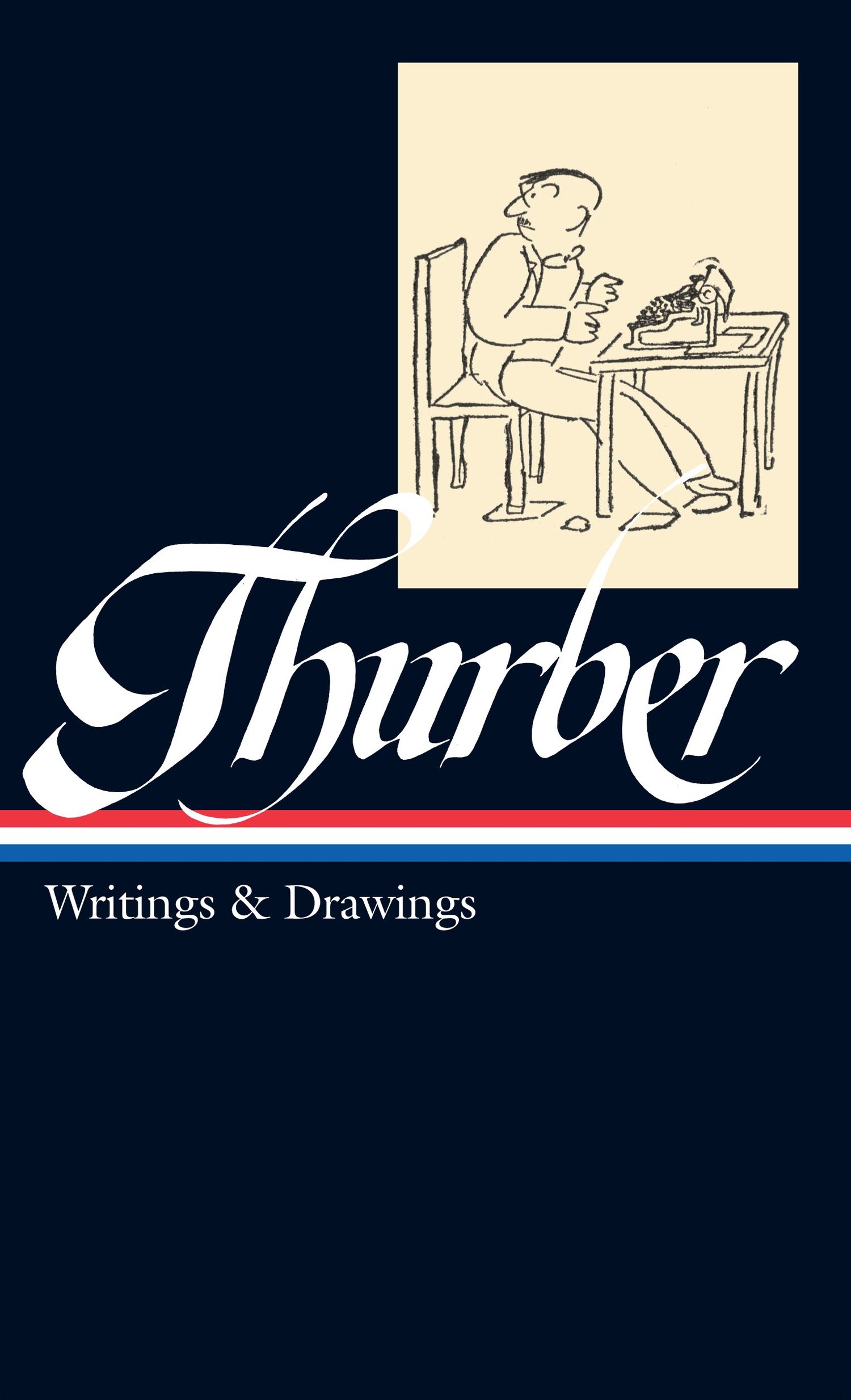 Books of James Thurber‘s cartoons and writing were always on the shelves at my grandparents’ home, as well as on my parents’ bookshelves. I read them, as I did everything else on those shelves, when I was quite young.

I still remember his odd, eccentric cartoons with their primitive lines but sharp and bizarre wit, although I can’t recall much if any what stories I read of his back then (and I am looking forward to reading today what I haven’t read since I was in my early teens).

Yet despite my fuzzy memory for literature of my past, I still recall the enjoyment of doing so at my grandparents’ home during the Sunday dinner; a house full of family; uncles, aunts and cousins bustling about. Me sitting in a stuffed chair reading while the adults fussed in the kitchen and drank wine, and the younger kids played on the living room floor. The books were worn, hardcovers well-thumbed and a little yellowed. Some had tattered dust jackets, others none. I loved their feel and their smell.

There were other titles I recall, too from that era: Edgar Rice Burroughs’ Tarzan, Boys’ Own Annual, Don Marquis (Archy & Mehitabel), Beano comic collections (sent over every Christmas by my English grandparents), encyclopedia volumes, The ABC & XYZ of Beekeeping, a big family bible, some pre-war books on engineering and mechanics. I eagerly read them all.

That redolent warmth of family get-togethers; the shared, noisy space and the pleasures of reading and playing, followed by a homemade meal and then crowding around the TV to watch Ed Sullivan – it all came back to me when I recently found a collection of Thurber’s works in a local used book store – mint condition, too!

Thurber was a humourous writer, doing most of his major work in the 30s and 40s, although he continued writing and drawing into the 1950s. When he died, in 1961, he left behind enough material that there were nine volumes published posthumously, some edited by his second wife, Helen.

The only contemporary cartoonist who I think matches the oddness that combines with the insight of Thurber is Bruce Eric Kaplan.

While not a household name today as he was in my parents’ and grandparents’ day, Thurber isn’t exactly forgotten, either. As the author of the  enormously popular 1939 short story, The Secret Life of Walter Mitty, his name cropped up rather recently in the 2013 film of that title. It’s one of the few stories of his I read again, sometime in the late 70s I believe, in an anthology of short stories that may still lurk at the back of a bookshelf upstairs.

Mitty and Mittyesque became popular catchwords in the 50s and 60s, as Wikipedia tells us:

The name Walter Mitty and the derivative word “Mittyesque”[6] have entered the English language, denoting an ineffectual person who spends more time in heroic daydreams than paying attention to the real world, or more seriously, one who intentionally attempts to mislead or convince others that he is something that he is not.

I guess one could then call some local bloggers “Mittyesque” in the latter sense of the word. But I digress…

Personally, I felt the 2013 film was a bastardized attempt to remake the original 1947 film with too much CGI, and came out a poor cousin to the latter, missing the whole satirical point of the tale. It was too glitzy, too soppy, without enough substance.

But the original film tickled me: I’ve always liked Danny Kaye (and never really liked Ben Stiller), and Virginia Mayo, Kaye’s co-star, was no slouch, either. Thurber disliked the first movie and commented that it wasn’t at all like his story. I suspect he rolled in his grave when the second one was released. And tonight, when we settle in for our evening read at bedtime, I will read that story again, and take the memory transport back in time to my youth…