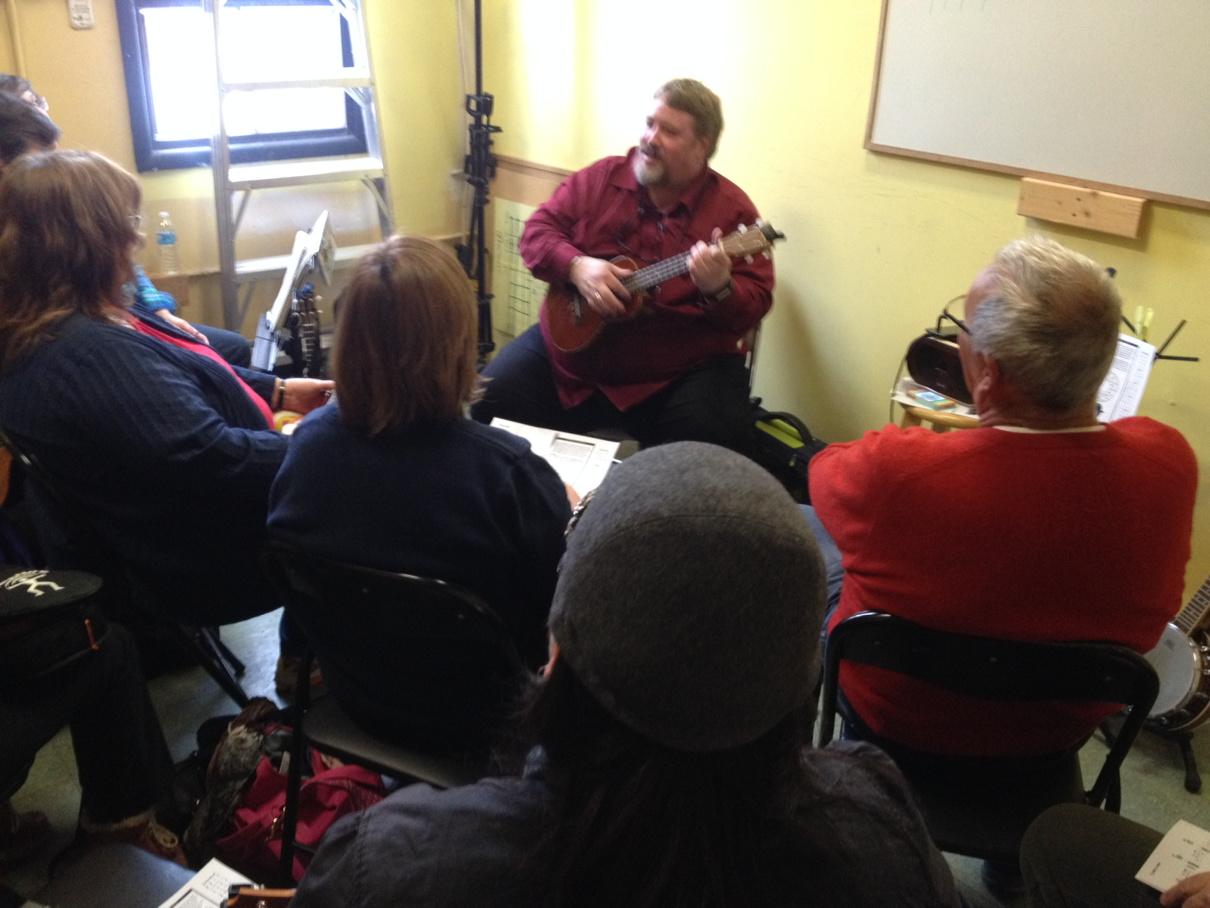 He built it up from the basics in a way almost anyone, regardless of musical education, could understand. Most of it I knew from my reading, but Hal make it so much easier and clearer than the textbooks I’ve been reading.

It was well worth attending for anyone interested in expanding his or her musical knowledge and horizons. While it was aimed at ukulele players, it would have been equally good for guitarists, pianists and any other instrument players. If you pursue this, pursue learning about musical theory, it can only enhance your appreciation of music and your enjoyment in playing it.

Hal is very down to earth and has a very easy, comfortable way of teaching what is a complex and often challenging topic. he makes his audience feel at ease and have some fun. In fact, the only downside might be that the workshop was so short – I would have gone on for a couple more hours delving into music theory had his time allowed.

Over the past year, I’ve been reading a lot about musical theory and I think, after Hal’s workshop, that it’s finally gelled. I get it, or at least enough of it so that I understood what he was presenting and think i can share that knowledge. And I think it’s time to share with CPLUG – the Collingwood Public Library Ukulele Group.

I have not prepared any similar content for our local uke group yet, but working from what Hal raised, I think I can put something similar together. I hope to host a similar workshop this spring. I have discussed a little bit about music theory in our monthly get-togethers, but this has inspired me to do more and to delve deeper. Look to the new CPLUG website that I started last week for more information and some lesson plans.