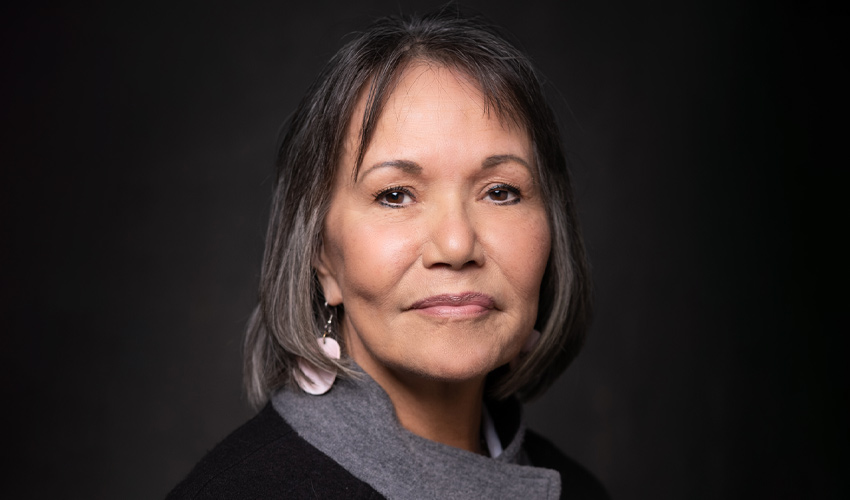 Dr. Linda Manyguns has stylized herself as Dr. linda manyguns because she stopped using uppercase (capital) letters to protest the “symbols of hierarchy.” Manyguns is the associate vice-president of indigenization and decolonization at Mt. Royal University in Alberta. On her own office’s website, she wrote:

we resist acknowledging the power structures that oppress and join the movement that does not capitalize.
the office of indigenization and decolonization supports acts that focus on inclusion and support the right of all people to positive inclusion and change.

I get it, sort of: language is culture. Language can be imperialist, oppressive, and controlling. Think of how English was used in the Raj, Spanish in Central America, French in North America, German in Africa, Russian in Georgia, Portuguese in… you get the picture. War is not the only way nations conquer and oppress: culture and language can be weapons, too. Retaining your own language is crucial to retaining your own culture. Look at what restoring Hebrew did for the modern state of Israel.

Canada is just one of many nations (not entirely European, but mostly) to feel guilt and remorse over its past history of colonization and repression. Language has always been a part of that, particularly forcing the conquering nation’s language on the conquered. And having two official languages complicates that.

Hierarchy and its inequalities, though, aren’t limited to the relationship between Indigenous people and the rest of Canada: it’s inherent in the relationships in work, government, taxation, ages, sexes, academia, businesses, cultures… pretty much everything in our lives has a hierarchy. Language plays a part in creating hierarchies, but language also unites and reaches across those barriers.

Manyguns has also noted exceptions to her rule:

Manyguns said she would continue to capitalize “indigenous,” and she continues to use the honorific “Doctor,” which connotes her place within an academic hierarchy.

I am bemused, however, as to why she would continue to use English and all its rules, exceptions, punctuation, grammar, and spelling, just not a rather small (and arguably insignificant) part of it. She still retains other components of the language she apparently despises. Why not eschew, say, punctuation, or standard spelling? Discard the imperialist “i-before-e-except-after-c” rule for the unfettered freedom to write words like “freind” and “beleive”?

It’s not like others haven’t trodden that lowercase path before her, albeit for different reasons (including social media users who simply can’t be bothered or are too lazy to press the shift key). And then there’s the sometimes-avant-garde poet (but not without controversy) e.e. cummings who eschewed the shift key often, but not always. In the  1920s and ’30s, Don Marquis’ comic cockroach, Archy, wrote his blank verse in all-lowercase (except when Marquis forgot to release the caps-lock on his typewriter before leaving the office), as this example shows:

French, too has different rules for the use of upper- and lower-case, so her choice in English may not cross that cultural divide.

Manyguns’ initiative seems less of a response to oppression and hierarchy than to take a seat on an already well-used bandwagon. It will be difficult to tell her deliberate avoidance of capitals from that of millions of others who don’t use them for more mundane reasons.

I would think that, to be more effective and make a more substantial point, she might press for Indigenous languages to be used more in official situations, to be included in academia and government, to be taught in schools, for their unique words to be brought forward into English to help populate the conquerors’ language. I would hope she would press for English speakers to learn and use these words, to spread them and to make them part of their usage. Bring the Indigenous languages to the forefront, engage Canadians to use at least some part of them.

The editor’s note in a piece in the Calgary Herald (a Postmedia paper) about Manyguns, titled, “new mount royal leader focuses on Indigenization” noted:

mount royal university’s office of Indigenization and decolonization uses lower case text as Indigenous ‘eventing’ to support resistance. they join leaders such as e.e. cummings, bell hooks and peter kulchyski who reject symbols of hierarchy wherever they are found and do not use capital letters except to acknowledge the Indigenous struggle for recognition.

It’s both clumsy and hypocritical for the newspaper to adopt Manygun’s anti-capital-letter style as their own for this article, going back to CP style in the following pieces. It seems merely patronizing and condescending. And it won’t win over readers (not, I suspect, in redneck Alberta where it originated) to her cause without a better, more functional reason. I suspect most readers will just think the article was strangely contrived, or perhaps absent of an editor.

Not that I believe many people will take sides with Manyguns even if they understand her reasons. Generally, language dictates don’t get well-accepted by the general population. People take up usage and neologisms because they fit a need, rather than because someone told them to do it. In his book, The Hidden History of Coined Words, Ralph Keyes wrote,

“As prolific word coiners … routinely discover, deliberately creating a new term in hopes that others will adopt it is generally an unfruitful way to refresh our language.”

Coining new rules for usage, including capitalization, is similar. Language changes by weight of popular use, not by dictate or ideological view. The LGBTQ community has faced similar Sisyphian battles trying to get popular acceptance of alternate pronouns. People resist being told what to say and how to say it (as a grammar nerd always correcting others’ posts on Facebook, I can attest to how little my efforts are appreciated).

Perhaps Manyguns’ point has not been adequately presented by the media or online, or perhaps I can’t understand because I’ve not lived her life or that of an Indigenous person. But either way, despite my efforts to understand, I really don’t get it.

My own perspective (as a retired editor, writer, reporter, and lay language aficionado) is that Manyguns’ initiative is bound to fail because 1) few will recognize it as a movement and see it rather as an individual, somewhat eccentric or merely stylistic statement; 2) language and its changes cannot be easily dictated and trying to do so will raise resistance (an ironic twist); 3) her choices are inconsistent and could confuse even supporters, and 4) there is, for most Canadians, no logical, political, or ideological connection between using capital letters and oppression, colonization, imperialism, and Indigenous issues.

As to the latter, I cannot imagine that any colonizers ever gave their use of upper- and lowercase letters consideration as tools of oppression. Perhaps they knew that imposing their own language was such a tool, but a rather small part of it?

So what is she rebelling against? Will eschewing capital letters make drinkable water appear on reservations?

I believe Canadians need to be better educated in the history, language, and cultures of Indigenous people, and in the history of European conquest and oppression throughout the Americas. I believe our federal and provincial governments need to be far more proactive in dealing with Indigenous issues such as safe drinking water. But I believe it can be better done through other means than trying to dictate language uses and style.