Recently, CollingwoodToday ran a six-part series asking all members of council to express — without editing or Berman’s “fact-checking” — their thoughts on what they had done on council, what they hoped to do, what challenges they faced, what they thought was their “enduring” legacy (stop laughing!) and whether they planned to run again.

Our mayor — who is expected to set an example for council, yet ever fails to do so  — showed such disdain for the local media and for the residents who depend on it for local news, that he refused to participate. That’s ironic, given how he used the media in the past to promote his agenda. He sniffily gave this bit of hypocritical piffle as his reason:

“For the first time in my term as mayor, I am declining to answer questions from the media. I think the timing and nature of the questions are unfortunate. They are inviting councillors to campaign for an election that is many months away at a time when there remains months of work ahead for this council.”

This is from a guy who abandoned his responsibilities as mayor last January when he announced he intended to run as a candidate for the PC party nomination for a provincial election that was 18 months away! And who campaigned for months while he took the town’s paycheque until the premier appointed him over the front-runner, Stella Ambler, so Saunderson could avoid the disgrace of losing. And he will be campaigning throughout the riding for a seat in Queen’s Park in a few months from now while he still takes the town’s paycheque. His sanctimonious hypocrisy is gobsmacking.

His worshipful lapdogs, Councillors Berman and Madigan, of course, followed his lead and refused to participate. I think they missed an opportunity to shower him with their saccharine praises and laudits. For which we should all be thankful.

Councillor Jeffrey (Queen of the Unlimited Expense Account) couldn’t be bothered to answer most of the questions (only two out of six), and tossed in this snide comment for the final one:

This is not the time to be looking in the rear-view mirror, patting ourselves on the back and/or worrying about our future political aspirations.

In Part three, Coun. Marianne “Besmirched” McLeod suggested that before she was elected, she didn’t think she had to actually read anything or even think about issues as a councillor and was surprised when someone asked her about why she voted on an issue:

I learned … that not only should a councillor closely read the provided reports and think about them, then listen to any argument with an open mind, but, before any vote, be sure we’re getting all the information, and correct information, to be clear and confident we are doing the right thing for the community.

So she got into politics believing that reading and thinking weren’t required? I suppose she thought all she needed to do was to obey The Great Leader, vote as he did, and no one would question her. I expect she answered the resident’s question on why she voted by stating “I voted as Brian told me to.”

Despite her alleged epiphany, she continues to follow the Saunderson-is-always-right ideology and promote its array of “alternate facts,” rather than actually consider other views. I suppose that “revelation” didn’t include thinking for one’s self.

Saunderson’s Harridan had to throw in some irrelevant snark in the final piece on running again. McLeod chastised CollingwoodToday in her usual smug, school-marmy manner:

I urge your publication to take your responsibility seriously and refrain from printing comments, praise, or attacks on council decisions without identifying when Letters to the Editor etc., come from people affiliated with municipal or other campaigns, past or present. It can be misleading to provide commentary from current or former CFOs or campaign managers without disclosure of such connections, as has been happening recently.

(This refers to Ted Rowe’s letter in CT about Saunderson’s un-democratic appointment by the premier as the PC candidate for the next provincial election, making sure our mayor didn’t lose to the front-running candidate, Stella Ambler, and that he didn’t have to actually work for the job.)

I would be mildly amused by her hauteur were she just a citizen sycophant, but as a member of our council, this is just arrogant. Curious that she didn’t express such umbrage when Mayor Saunderson and Councillor Hamlin failed to disclose their connections with their former employers when they voted to sole-source them again to pursue Saunderson’s Vindictive Judicial Inquiry at taxpayers’ expense.

Perhaps the most depressing of the series was part 4: Governing during a pandemic has proven challenging. In that part, no one who replied could name a single, concrete thing council had done to help local businesses or workers during the lockdowns and the pandemic. And as we know, while they lavished taxpayers’ money on the mayor’s and Coun. Hamlin’s former employers to continue Saunderson’s vendetta, they gave none to help local businesses. But they did take time to plug themselves, as if sitting on committees and pontificating in Zoom meetings made a difference to the people hit hard by the pandemic.

Utter disrespect for the local media and for our residents.

In any media, a six-part series is unusual, even rarer that the individuals are given free space to express themselves in their own words without the intervention of reporter’s questions, editor’s redactions, or even reader comments. In local media, it’s the equivalent of giving them War-and-Peace-sized campaign posters for themselves. Sure, you might just as easily label it “propaganda” from our Politburo.

Back when there was an actual newspaper here (the Enterprise-Bulletin), we published an annual “Council Report Card” in which each council member’s behaviour, speeches, and accomplishments were graded (with commentary) from A to F by the reporters and editor. That, of course, was when there was actual editorial content, and someone outside the council itself would examine the state of local affairs.

This series, however, was an open invitation for all council members to tell the people what councillors themselves believed was worth hearing about council’s accomplishments and challenges. Not to have it filtered through caustic or cynical bloggers and whistleblowers. And, as you might expect, the responses were mostly self-serving and self-congratulating (For example, Hamlin’s comment in part 1, that council had created “a significant water-play project at Harbourview Park for kids of all ages” might bemuse residents who walk in that park and can see that there is NO splash pad there… and that the splash pad was overwhelmingly requested by residents at Sunset Point, not on the old dump site… and Doherty praised the “Community Based Strategic Plan of 2015” which was neither a plan, nor strategic, nor community-based). 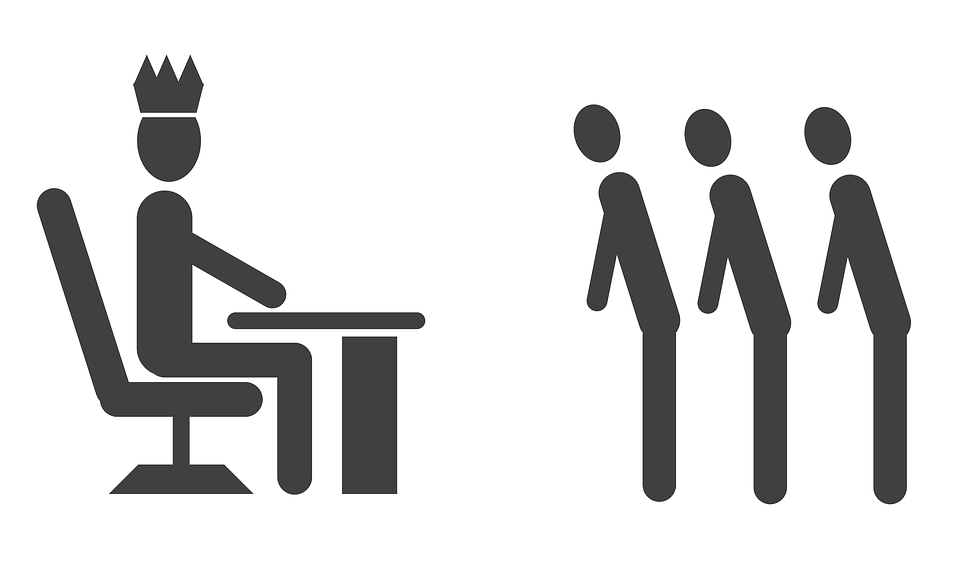 Three members of council, including our mayor, who is supposed to be the spokesperson for council and the town, refused to contribute, and one other barely deigned to chime in. Saunderson did a “l’etat c’est moi” move and declined to participate. Which pretty much sums up his “leadership” this term. Their failure to communicate shows utter disrespect for the media which offered them unprecedented time and space to explain themselves.

True, Berman and Madigan could have simply issued a joint statement saying “We follow orders very well,” and left it at that. It’s not like they have contributed anything beyond Berman’s motion to censor public comments and Madigan’s boorish, misogynistic behaviour.

And it must be said that what answers the rest gave were mostly self-serving pats on their own backs (mostly for doing what The Great leader expected of them, for taking credit for what provincial law required, or for what staff did). There isn’t a lot of “we” or “us” in the responses, but there sure is a lot of me-me-me. And, of course, no one raised the many fumbles, failures, brain farts, and missteps this term (like neglecting the reports on the water plant for years and ignoring the pipeline contract until it had expired, creating for themselves an alleged “water crisis” that council then used to kill jobs, growth, and development).

Of the lot, only Coun. Comi broke from the self-serving drivel and platitudes to talk about what residents and voters felt. She wrote in Part 1:

“What really matters is what our taxpayers think their council’s biggest accomplishment of the year is. If our residents can’t clearly articulate what their council has done for them we have our answer as to how effective their local governance has been.”

Sadly, we already know the rest of council don’t give a damn what the public thinks, only what their Great Leader thinks. But her greatest hit was in response to Part Two: the biggest challenge facing council in its final year, in which she wrote with utter clarity:

I suspect most residents would agree.