Last year, I wrote about how Councillor Bob “Lapdog” Madigan had behaved in a churlish, misogynistic manner towards female members of council during open council meetings, first in March, 2021, and again in October.

But if you thought the boorish Madigan — who, it’s rumoured, plans to run for mayor or deputy mayor next election — could not set the bar any lower in puerile, boorish behaviour, last December he showed his utter disrespect not only to council and staff, but to the entire community he is supposed to represent.

Council was called to a special Strategic Initiatives Standing Committee meeting at 1 p.m., Tuesday, Dec. 7, to discuss, among other important things, the 2022 budget, to hear the Grain Terminals Project Status & Built Heritage Assessment Report, and to discuss what to do about Deputy Mayor Hull (on an unexplained and indefinite “leave of absence”) and Mayor Saunderson (who will be similarly absent when he starts his campaign to get out of his mayoral duties and get a better-paying job in Queen’s Park). The story was in CollingwoodToday.

You’d think these were important enough issues for all councillors to give a mere couple of hours of their time, and all their attention to. Not, apparently, Councillor Madigan.

At the start of the meeting (0:01:16 in the video) he briefly drops in — dishevelled, wearing a T-shirt with a mask dangling from one ear, his store shelves clearly visible in the background — to explain that he is at work in his retail store where he will attempt to “do his best” to be part of the conversation.

At 0:01:52, he turns off the video feed and mutes his audio. And, at least for the audience watching the video later, that’s the last we see of him. His “best” didn’t seem to include actually participating in town business.* 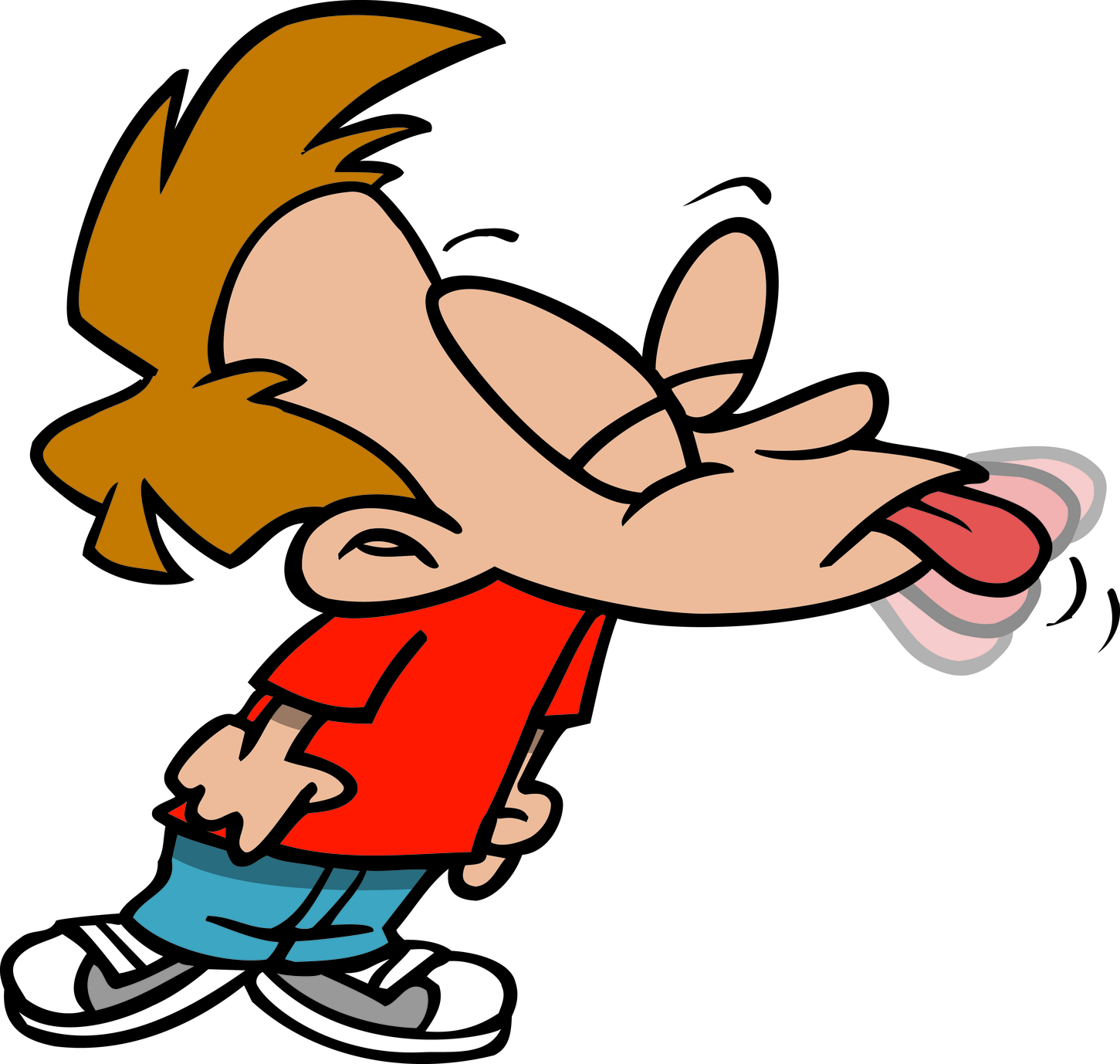 It seems Madigan attaches less importance to his role as councillor than to his role as retail clerk and coffee maker. During his lengthy muted and offscreen period, the public is not aware whether he is paying attention, or even in the same room, nor whether he is discussing town issues with friends or customers while pretending to attend the meeting.

So much for openness and transparency. Keep in mind that he is PAID by taxpayers for his council role. Yet he gets his paycheque from the town even if he doesn’t do the work.

At 0:30:36, Saunderson calls for a vote on the terminals’ report, and declares it carried “unanimously” even though Madigan did not bother to come back online to vote. Perhaps Saunderson was not aware that an abstention is considered a negative vote under the Municipal Act and it wasn’t unanimous.

In the next issue — how to replace the absent Hull — Madigan again does not participate, and again there is no indication he is even listening or paying attention to the discussion.

Nor does Madigan vote on receiving the CAO’s budget report when called for at 01:16:53.

At 01:29:30, council takes a recess. No evidence of Madigan’s participation in discussions or votes has occurred yet. He is not on screen when council returns at 01:42:30.

Around 01:57:28 Saunderson realizes Madigan isn’t voting and calls a 3-3 vote of those participating (Coun. Comi was absent) a “draw” despite his early call of “unanimous” during Madigan’s absence.

At 01:57:34 Clerk Almas has to explain to the mayor that an abstention is treated as a negative vote (one would hope a mayor would have learned this important fact by now, but apparently his attention has been elsewhere). She also notes that “…we can’t  even confirm that he’s listening to this conversation and whether he’s actually absent at this point in time.” Madigan does not re-appear to comment or confirm he’s paying attention.

Our spineless mayor, always one to defend and support his Most Loyal Councillor, decided that as mayor he  “…doesn’t want to interpret a vote when a member’s not able to participate,” despite Madigan having given his assurance at the start of the meeting that he WOULD participate and would be paying attention. Far be it for our mayor to side with the Municipal Act. Laws are so inconvenient.

The next item for discussion was proposed changes to the ever-increasingly byzantine and bureaucratic Code of Conduct. Again, Madigan does not participate. Nor does he vote when it is called at 02;26:13 and, again, an amendment is defeated 3-3. Nor does he vote on the main motion about the Code at 02:27:27.

All this time, our mayor does nothing to suggest even a hint of leadership about his favourite’s absence or the thorny issue of the Municipal Act’s requirements.

Clearly, this is something the mayor SHOULD have addressed right at the start of the meeting, but we all know expecting Saunderson to actually act like a mayor is long past its best-before date. Why should he start doing so this late in the game when he expects to be gone from office shortly? Besides, he has yet to interfere with his favourite.

Jeffrey asks what Saunderson failed to ask: clarification from the clerk about the rules of order when such circumstances arise. Note, by the way, that Madigan himself doesn’t chime in at any point in this part, either, even though the discussion is about him.

At 02:28:28 Saunderson weasels his way around his failure to act mayorally, saying he “did not impute a negative vote” to Madigan’s “abstention” despite Madigan clearly stating at the start of the meeting that he WAS participating. And that inconvenient Municipal Act never gets in the way. And, he added, that “for the purposes of the vote today” Madigan was not included, although I cannot recall anything in the Municipal Act that allows a mayor to cherry-pick how he treats votes or abstentions. Must be like how he treats his beloved inquiry recommendations: he ignores those that inconvenience him.

At 02:28:50, Clerk Almas responds with a somewhat flaccid reply about a member acknowledging he or she would be abstaining, which is counted as a negative (no) vote. But that’s piffle: Madigan said at the start he WAS participating.

She also noted that “Councillor Madigan did move in and out of the meeting.” Perhaps she saw what the public could not see: that he was present at times. That should confirm that the Municipal Act applies. If the mayor ALSO knew that, then he deliberately allowed Madigan’s vote NOT to be counted when the Municipal Act clearly states it should have been a negative vote.

But Almas’ answer also allows a councillor to float in and out, participating at his or her whim, so that votes would be considered at the moment based on whether the member could be bothered to participate.  Sorry, but that’s irresponsible. (Personally, I believe the clerk should have spoken up at the start of the meeting to clarify the issue, and not waited to be asked about it at the end).

This is NOT how democracy works. Favouring one member’s behaviour in this manner, and giving them exceptions to the law and the rules of order is an appalling way to treat the responsibilities of municipal government. That sort of entitlement erodes the democratic process.

Addendum: Madigan did not attend the important Dec. 20, 2021 council meeting either. He sent his “regrets” to the clerk only at 2 p.m. that he couldn’t attend the virtual (Zoom) event that began at 5 p.m. Allegedly he was “working,” although one source suggests that, instead of attending to his responsibilities as a councillor, he left the store at 4 p.m. to travel to Flesherton to make a purchase of vinyl records for his retail store.

*  I remember when I was on council that other business owners and employees, myself included, made accommodations with staff or their workplace to attend daytime meetings when required. Sure it was an inconvenience, and sometimes difficult, but everyone ran for council knowing that it would happen. Madigan didn’t even need to leave his store, merely get someone to work for the three hours so Madigan could participate. Instead, he seems to have put his own interests before the community’s, and did not participate in what were clearly important votes. Do you think any other councillor would get this sort of preferential treatment from the mayor? Me either.

PS. This piece was written in early Dec. 2021, and originally published that month. However, it was deleted in late December when my abysmally bad host server, Godaddy, broke my blog through technical incompetence. I am in the process of trying to restore as many lost posts as possible. Some posts are being reconstructed from drafts and may not be identical to the original posts. My apologies to subscribers who received and read this piece previously and I welcome any recommendations for a more reliable and competent server.