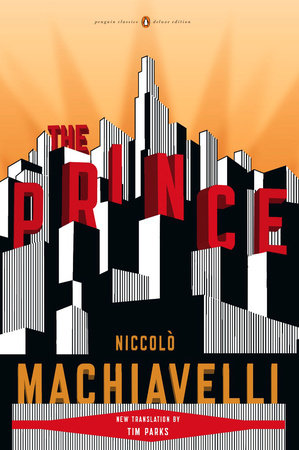 And no translation is ever perfect: each one will be spiced by the translator’s own views, background, understanding, opinions and education. A translation is always an interpretation. You need to choose one that speaks to you in a meaningful way.
END_OF_DOCUMENT_TOKEN_TO_BE_REPLACED

Tim Parks, one of the most recent translators of Machiavelli’s The Prince (this is one of my personal favourites), has recently had an article published in the NY Times Review of Books. Parks’ piece is called “Reading it Wrong,” and it’s about the difficult nature of translating a foreign language in a way that both resonates with the reader and retains the sense of the original.

Parks is mostly discussing how Italian translations of English works have changed the way Italian readers see those works, in part because of small editorial decisions and the perceptions of the translators. But he also discusses what happens in the translations of Italian into English.

I quote his comment at length because it speaks to one of the chapters I wrote here about how translators have created an impression of Machiavelli based on how they handled certain key words and sentences.

Interestingly, exactly the opposite occurs with Machiavelli in English. Again expectation is everything and Machiavelli is celebrated of course for being Machiavellian. Received opinion must not shift. So when having considered the downfall of his hero and model, the ruthless Cesare Borgia, Machiavelli rather ruefully writes: “Raccolte io adunque tutte le azioni del duca, non saprei riprenderlo.” (Literally: “Having gathered then all the actions of the duke, I would not know how to reproach him.”) The translator George Bull gives, “So having summed up all that the duke did, I cannot possibly censure him.” Here the word “censure” has a strong moral connotation, made stronger still by the introduction of “cannot possibly,” which is not there in the Italian. In line with the author’s reputation for cynicism, Bull has Machiavelli insist that he has no moral objections to anything Cesare Borgia did. Actually, Machiavelli simply says Borgia didn’t make any big mistakes. The true scandal of Machiavelli is that he never considers moral criteria at all—he doesn’t feel they are applicable to a politician fighting for survival. But it is easier for us to think of an evil Machiavelli than a lucid thinker deciding that good and evil do not come into it.

In other words, the morality of the translators impresses itself on the translation and has coloured the way readers and audiences have perceived The Prince for generations. I suggest that more people are familiar with the moral “sense” of Machiavelli as portrayed by these translators than with his actual works.

END_OF_DOCUMENT_TOKEN_TO_BE_REPLACED

Enhancing my interpretation of Machiavelli

Since I first wrote my book reinterpreting Machiavelli’s The Prince for municipal politicians, I have been reading the works of other writers, and adding quotations from them to my chapters to further buttress my interpretation of Machiavelli’s words. These recently have included William Shakespeare and Francis Bacon, among others.

Machiavelli wrote that there were three courses of action to take in any state that had enjoyed its independence and freedom before being taken over. Think of this ‘independent state’ as your municipality before you were elected. His advice directs you in ways to deal with staff and returning incumbents in order to consolidate your power:

Chapter 26: The Forest and the Trees

Machiavelli’s last chapter in The Prince, Chapter XXVI: An Exhortation to Liberate Italy From the Barbarians, was a call to Lorenzo de Medici, Florence’s contemporary, but inept, ruler, to throw the foreign invaders out of the peninsula and unite Italy. He wanted Lorenzo to establish a “new order” in the land, and send the French, [...]

These are the quotations taken from Machiavelli’s works, used in this book. I used the public domain versions of his books for most of my sources, however some of the wording and punctuation may be updated or altered for clarity and modernity. See the Bibliography for details on sources.

In the book, quotations from The Prince [...]

Chapter 18: The Subtle Art of Lying