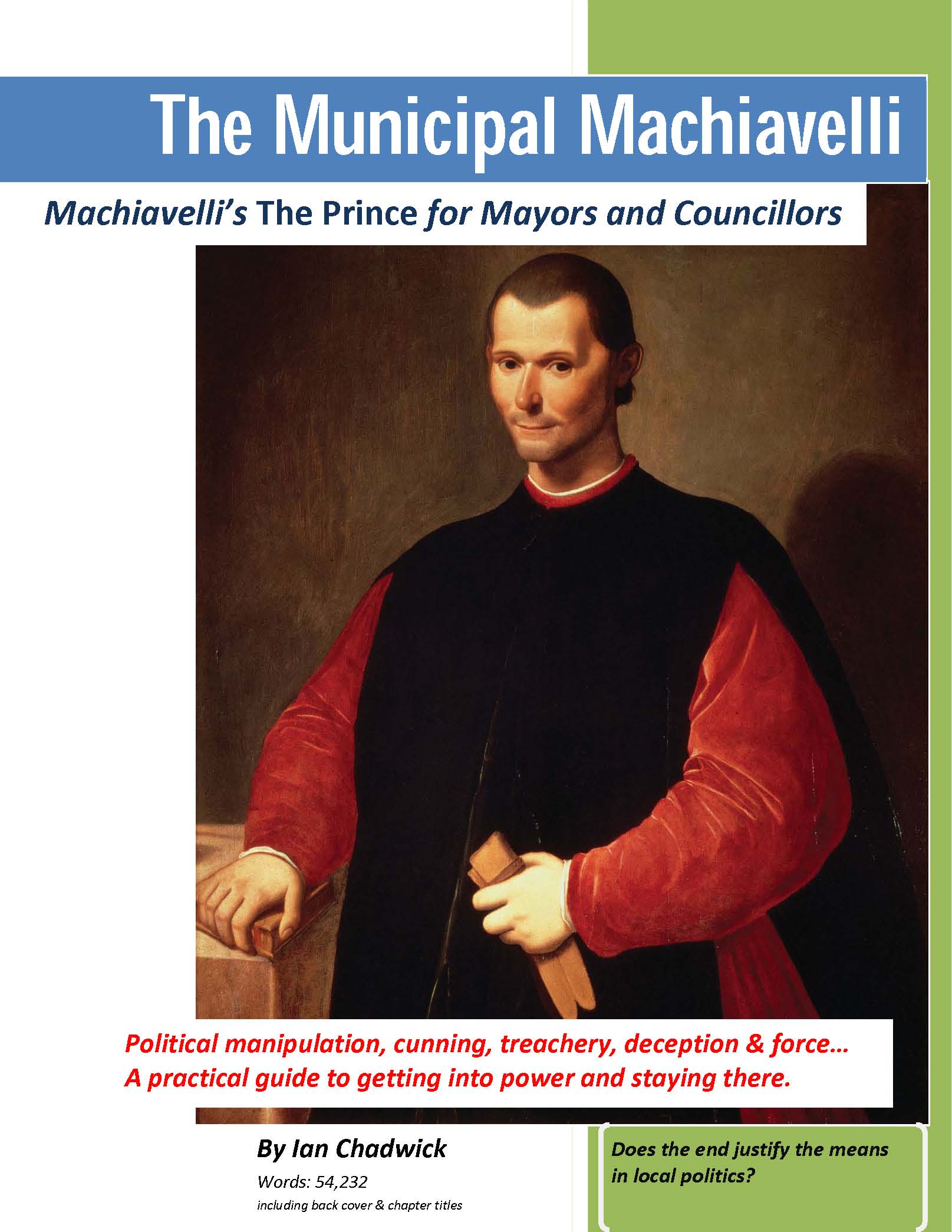 I passed 54,000 words yesterday in my book on Machiavelli for municipal politicians. A little tweaking today, and an additional selection from The Discourses pushed it to 54,232 words. It prints out at 163 letter-sized pages.

Even though that count includes chapter titles and subheads, as well as the opening notes and quotes, dedication, bibliography, and back page copy, it’s still about 20,000 more than my original target. I just don’t seem to be able to stop working on it. I’m still reading books about him and his writing – bios and denser, academic tomes by scholars like Mansfield and Benner mostly. I find material to add daily.

I still have a dozen books in transit from various Abebooks sellers, too. There may be more lurking within their pages. I have amassed a large box of books by and about Machiavelli already. But I’ve stopped buying more, at least.

The size concerns me. Will it deter a potential publisher? I hope not.

The average typed, letter-size page has about 500 words in 12-point text (mine is mostly in 11pt Calibri). A typical paperback novel page has about half that, usually 10 pt. type. So based on paperback size, the book would exceed 200 pages. Not quite Tom Clancy or Stephen King, but still substantial.

A trade paperback around 6×9″ has roughly 340 words per page, so at that size it would be about 160 pages. But due to the formatting style I’ve used (including numerous quotations from Machiavelli’s works and others offset with whitespace for clarity), it is probably 25-40% larger in size than a book with simple, linear text. That would make it 200-225 pages.

A paperback novel-sized book with similar formatting would come in at over 250-280 pages.

As a comparison, most paperback copies of Machiavelli’s The Prince – my basic source – are around 100-125 pages, sometimes fleshed out to 150 with selections from others of his works, glossary, intro and so on. I guess I’ve gone a bit overboard.

But the content is basically finished, just some tweaking, editing and a little tightening to do. I really have to stop adding to it, despite my obsession to make it as rich, as clear and as full as I can. But I must stop because I have to return to my third book for Municipal World, and get it completed for publication in December.

I think it’s my best book to date, and I’m proud enough of it to consider self-publishing if I can’t find a print publisher willing to take it on. But that’s an other hurdle to tackle a bit later…