I spent two days in the trade show at the AMO conference this week, looking at the booth across the aisle from me. It constantly reminded me of the opportunities for Collingwood this council has thrown away, of what great opportunities we have lost this term.

The booth across from me was announcing the upcoming merger of four of the province’s top utility companies – Horizon, Enersource, Hydro One Brampton and PowerStream. This will make it the largest LDC (local distribution corporation) in Ontario. The four most innovative, customer-oriented, conservation-minded, efficient and forward-thinking utilities are merging.

You remember PowerStream? They are our municipal partners in Collus. So why haven’t you heard about this venture? Because The Block doesn’t want you to know about it.

This will be the start of a powerhouse operation that changes the face of the utility sector in Ontario. It will streamline operations and combine resources – all for the betterment of their customers.

But, of course, they did, as you, dear reader, know from reading the tragic news here. Deliberately, they pursued personal agendas and private vendettas. And we watch slip away the opportunity to be part of something new, dynamic and exciting. The opportunity to be in the forefront vanishes while we shuffle to the rear.

No one wants Collingwood at the table these days. That was driven home to me during the conference through several conversations with people in the energy sector and other municipalities. No one could understand why our council wants to alienate one of the most progressive LDCs in the province and align with the least efficient, least respected power company – the one with the highest electricity rates and lowest customer satisfaction.

To outsiders it seems like madness. Only to the small, myopic circle of Blockheads at the table does it make sense to destroy what everyone else in the energy sector heralded as a brilliantly conceived, mutually beneficial, morale-boosting partnership.

Once lost, we can never recover it. Lost opportunities will be this council’s lasting legacy. 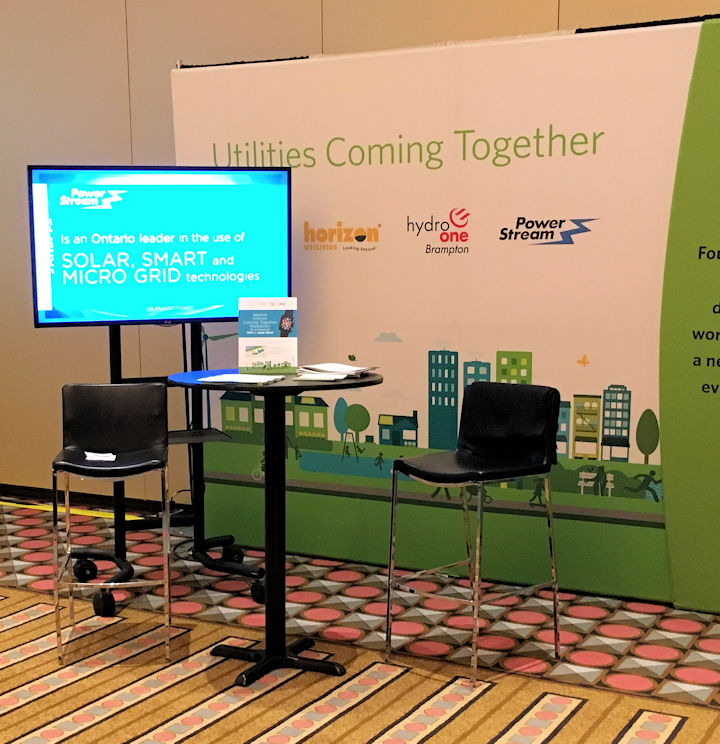 At a presentation, Monday, to AMO delegates on this new merger, the Collus PowerStream partnership was raised as a model of efficiency,management and cooperation. Ironic, isn’t it, that outsiders see and respect what our own council cannot.

The presenters described the developments and innovations these four LDCS were bringing to the fore: enhanced conservation, green energy, electric vehicles, consolidation of services, improved customer relations, better financial management and greater efficiencies. All things that could happen here – had The Block and its pet administration not charted its course of destruction.

That message reached other ears, of course, but few local ones: my sources tell me only one of The Block even bothered to attend. They collectively hate to pollute their opinions with facts, as we’ve seen. Besides, only some of The Block even bothered to attend the conference – the rest, I suppose, figured they already know everything, so why waste time avoiding learning more? Facts only get in their way of their pre-established opinions.

I have little doubt that, had he not been harassed into retirement, our utility’s former CEO, Ed Houghton, would have played a significant role in this new development. The hard-working, talented widely respected and provincially-acclaimed Houghton would surely have participated at the highest level, and brought recognition and respect to Collingwood in the process. That is, had The Block and the administration not chosen instead a path of petty vindictiveness against him.

Another source of head-shaking among those I spoke with. No one could fathom it. Those of us here recognize the envy, the jealousy of Houghton’s abilities, accomplishments and talents that has eaten away at The Block. It has consumed them because they could never measure up, themselves.

So instead of going forward, we watch another great opportunity – the most exciting development in the energy sector in decades – slip through our municipal fingers. Instead of working with these progressive, innovative companies, Collingwood is staking its future with the more expensive, less efficient and less customer-friendly Hydro One.

All done in secret, without any public input, of course.

Why? Because The Block wants money to build their Central Park Taj Mahal and turn it over to the YMCA. Nothing for the greater good, nothing for the community at large: just to fulfill personal agendas and to undo all the good we accomplished last term.

This is a complete breach of public trust.