There’s an easy three-step process anyone can follow to piss off the seven-member Block on council (as well as the town’s administration):

And that was just what was done last Thursday when our MPP Jim Wilson made a motion on the floor of the Legislature to have the province fund the redevelopment process for the General & Marine and Alliston hospitals. This isn’t the cost to build, but rather the costs involved in going through the lengthy and expensive process: legal and planning costs, studies, consultants, reports and, of course, the inevitable challenges to the plan at the Ontario Municipal Board (yes, The Block will likely order the town to file an OMB challenge…)

Kudos to Jim for his support and his efforts on behalf of the community. His motion passed. The costs for the process won’t be coming from hospital operating costs or foundation donations meant for equipment and services. That’s no small amount given that the estimate for the bureaucratic process is around $9 million.*

Compare Wilson’s efforts to The Block’s and the administrations roadblocks and resistance. Positive versus negative. Pro-community versus self-interest.

Now given this was a big announcement and very important to the community, Wilson arranged for a local presence to show its support on the day of his motion. All local politicians, hospital board and staff were invited to attend. Arrangements were made for transportation, for a tour of the Legislature, and for lunch there. And guess how many of The Block and town staff attended?

None. Not the interim CAO. No one from the planning department. Not even Councillor Jeffrey – the council rep on the hospital board – bothered to attend. That pretty much sums up the arrogance and the disdain The Block feel for our hospital and for our community. NONE of them went down to Queen’s Park even to fake their support.

That’s because, as you know, they DON’T support our local hospital. At least Councillor Lloyd was there to show his support (the mayor had a previous commitment, I’m told). There were representatives from the hospital and from Clearview present, as well as a large contingent from Alliston. But none of The Block.

I suspect The Block and the administration are fuming over this. Royally pissed off that they couldn’t defer, deflect or simply dismantle Wilson’s motion. After all, here’s a good news story they couldn’t derail, couldn’t hijack and turn into something toxic as they always do. Plus it benefits everyone in the region, not just themselves. And they weren’t there to take credit. And they missed a photo op which REALLY annoys them! 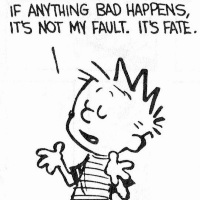 But I’m sure they will take the opportunity to blame someone. Say it wasn’t their fault they couldn’t attend. That they meant to but someone or something stopped them. After all, that’s what they always do: blame someone else. And try to make it look like they care about the hospital.

Well, no one is fooled.

Again, thanks to Jim Wilson for your work on our behalf. Thanks to the hospital and thanks to Councillor Lloyd for showing your support. Thanks to the hospital board for not losing faith and continuing to fight for a better regional hospital to benefit EVERYONE in the catchment area, to fight to provide the best healthcare for the patients, and to stand up against the local opposition.

As for the stay-behinds, well like I always say: Collingwood deserves better.
~~~~~
* This doesn’t mean the province will approve the redevelopment, just means the hospital can afford to process through the necessary stages to present its full and final case to the ministry. There is still plenty of opportunity for The Block and the administration to put up roadblocks and wrap things in red tape. Which, I’ve been told, they have threatened to do.