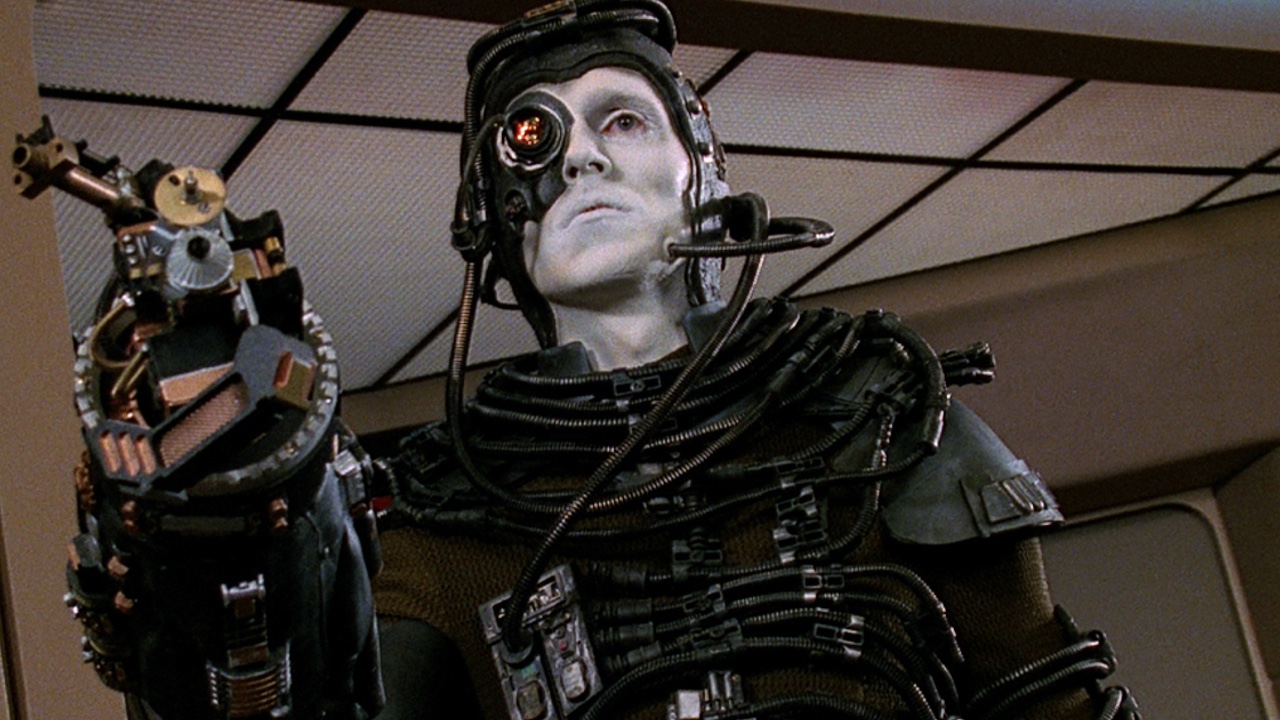 Last night at council, The Block again took another step towards sabotaging the Collingwood General & Marine Hospital’s redevelopment plans. Not unexpected: destroying the community is a key plank in their platform, as we’ve seen by their actions against the airport, water utility and Collus PowerStream.

Plus, they need to pander to their ever-dwindling group of supporters who want to stop the redevelopment on a site they don’t like (but which 84% of medical staff do). That handful of venomous folk – which includes some former politicians and former VOTE members – hold sway over The Block and thus town practices and policies.

Cast your thoughts back to the election campaign of 2014. Remember these words:

No exceptions, eh? That’s a promise to voters Brian Saunderson made in an interview in the Collingwood Connection in October, 2014. No exceptions. He really said that.

He’s now the Deputy Mayor. This week he broke that promise for the second time: he voted to sole-source a $30,000 contract to an out-of-town consultant.

This first time he broke his word was in February, 2015: council provided a five-year contract for taxi service to Councillor Fryer’s brother-in-law without following any RFP process.

Are you surprised that he broke his election promises? Neither am I. Stop snickering.

$30,000 of YOUR money will be wasted on consultants performing a “peer review” of the hospital’s redevelopment plans. Ironic, since The Block has a well-deserved reputation of not reading anything, and instead just voting however the administration tells them to vote. Reading is too hard. It means thinking and thinking is work. Better to have someone else do it for you.

First they had to waive (i.e. ignore) the procedural bylaw that requires a motion to have had a public notice made first. No notice? No problem! They just voted to ignore the law. Who needs laws, anyway, when they only get in the way? Besides, public notice? Come on…

That vote was 7-2, with only Councillor Lloyd and Mayor Cooper bravely voting against ignoring the bylaw.

Then The Block ignored the procurement bylaw. That law requires – no exception – the town to send out an RFP for any service that might possibly be provided by more than one company. Not to sole-source. But the law was in The Block’s way, so they just ignored it. No exception? No problem!

Do you think it a mite hypocritical for Mr. No Exception to defend the use of sole sourcing when it suits his interests? Me too.

That vote didn’t quite go as The Block hoped, however: 5-4, with Cooper, Lloyd, Edwards and – surprisingly – Doherty voting against (as far as I recall, her only vote counter to The Block’s wishes). They likely expected another 7-2 steamroller. But five (Saunderson, Jeffrey, Madigan, Ecclestone and Fryer) is still a majority, so it passed.

That’s how they operate: no respect for process or law. Just waive away anything that gets in their way.

But wait – the town already had a proposal in hand from Deloitte for the work with the costs and term spelled out. It was a fait accompli, but who authorized it? Certainly not council (at least not in public). Another one of those mysterious, secretive initiatives that get approved without public discussion. Where, oh where, was the public and media outrage over this abuse of power?

Why, you ask, is this report even necessary, when the hospital already had all of its documents peer-reviewed by an independent, third-party company, and last week provided this report to council? You can read this report here. It examines the hospital’s documents and the arguments for and against the locations, and concludes in part:

Planning policies, in our opinion, should not hold users captive, particularly if other, better lands are available that could help advance the broader public interest. The net effect of any municipal decision to require the hospital to remain in place at the existing Hume Street location carries with it the potential for unnecessary public expenditures and increased likelihood of over-valued land expectations due to policy-imposed supply constraints… Having reviewed the available expansion options for CGMH, we strongly believe relocating the hospital to Poplar Sideroad represents a better, more efficient option from an economic/business case perspective.

Well, that’s not what The Block wants to read. That will really put the noses of their little band of followers out of joint. Advancing the public interest isn’t part of the platform. It might interfere with personal agendas.

Why, you ask again, spend taxpayers’ money on something that is redundant and won’t be read? And that won’t arrive until after the CG&MH has submitted its first stage proposal to the Ministry? Why not wait until the Ministry has a chance to respond to the submission and then go through the proper RFP process? What good is a hollow gesture, aside from wasting our money?

Don’t be fooled by Saunderson’s oleaginous, lawerly arguments that this is “due diligence.” It’s nothing of the sort. Council has no “due diligence” role here. The hospital’s peer review didn’t say what The Block wanted it to say, so they will pay someone else – with your tax money – to write something that suits them. Just like they did with the shared services agreement, the water utility, the airport and Collus-PowerStream.

As resident and local businessman Thomas Vincent wrote, it’s just a “witch hunt” to sabotage the hospital’s plans (see his recent letter to council, below, which he forwarded to me and, I am led to believe, has been shared with several hundred others already).

Hard to argue with that conclusion because in mid-October, Saunderson and Councillor Jeffrey will be attending a meeting with the Ministry of Health & Long-term Care, along with the mayor, interim CAO, similar representatives from our neighbouring communities and the hospital board. The Block wants something in hand to argue against the redevelopment on the proposed site, and thus sabotage the meeting.

Which will, of course, put a stop to any further redevelopment within Collingwood. As I wrote earlier, get used to calling it the Wasaga Beach General & Marine Hospital. And who can forget Bud Christensen’s stinging denouncement of Saunderson and Jeffrey in his email to council after the last debacle around the hospital?

But that didn’t stop them, merely put a bump in the road to derailing the redevelopment.

Here’s the whole letter Tom Vincent wrote to council, Monday, under the subject line, “Council Folly Again – Wanting to Spend $30,000 on a Consultant to Review the Stage I Submission to the Province re the CGMH Hospital Redevelopment:”

Dear Mayor Cooper: I understand that the Town Council Agenda tonite includes a request from the CAO for $30,000 to appoint Deloitte to review the Hospital Stage I Submission. This request, under the guise of ‘Due Diligence’ is totally outrageous. You know from my previous correspondence on the recent Council/CGMH motions, how challenged I am at the poor business sense of the Council in regard to spending money at this time on ‘Due Diligence’.

What value would this Consultant’s review provide to Council at this stage? The Submission goes to the Province on September 30. It is now September 26. The Council will be able to review the Submission after it has been submitted to the Province. Why can’t you all read the report, or have the Council Hospital Representative Kathy Jeffreries read the report and summarize her thoughts to Council.

In any event, what would the Council suggest it do if it did not like something in this Submission? Would it be planning to object to the Submission? I am confused. We don’t need a phantom witch hunt from the CAO or Council on the Submission of the first CGMH application to the Province.

Again, I point out that the ‘Due Diligence’ approach by Council is draconian, and at this time will not do anything positive for our application and approach to the Province for a redevelopment of our Hospital in Collingwood.

From a BUSINESS perspective, as I have said ad nauseum, the Town Council effectively does not have any ‘say’ in the First Submission at this stage. In addition, the Town Council does not have any choice in the relocation of the hospital, as the Province is funding the major portion of this redevelopment initiative, and the Province will be doing the evaluation of the CGMH Submission and site selection analysis.

The timing of the ‘Due Diligence’ of this Council is wrong. A more logical approach, would simply be to wait for the Province to revert with their positive or negative recommendations after their evaluation of the first CGMH Submission. If Council doesn’t understand any of the recommendations, they would first discuss their concerns with the Hospital, and then, if there are evaluation issues that need to be addressed, the Council could commission a consultant review and spend our tax payers dollars at that time with proper justification.

Is this not a more pragmatic approach and be more acceptable to the taxpayers of Collingwood? This type of plan would show that Council is providing the necessary ‘Due Diligence’ to the Community? The Council is sending the wrong message to the taxpayers of Collingwood and the Province with your recommendation of a Consultant to review the Stage I Submission at this time. It is time to come to your senses and understand the ‘high stakes’ that the Council is playing, by forging ahead with a consultant’s review of this Stage I Submission. As you all know there will be possibly 4-5 Submissions during the Provinces evaluation. Dare I ask if the Council is planning to hire a Consultant to review every Hospital Submission so they can pick apart any Submission and show the Province it’s stupidity?

Should you proceed with the hiring of a consultant from Deloitte at $30,000, for the review of this Stage I Submission, I for one, will not rest until every resident of Collingwood understands your folly.