Skeptoid just published its top-ten worst anti-science websites and I’m sure you won’t be surprised at the awardees, especially not the regulars like Mercola, Dr. Oz, Deepak Chopra and Food Babe (aka the Worst Assault on Science on the Internet). Predatory quacks, crackpots and fakirs you will easily recognize. Surprisingly, the uber-wingnut David Wolfe was absent this year.

Some of these sites sugar-coat their nonsense with pseudo-spirituality, usually some mashup of New Age codswallop and ancient mumbo-jumbo. Many ascribe their claptrap to traditional – non-medical, unproven and anti-science – practices like ayurveda or Chinese folk medicine, both of which can not only be harmful but often are damaging to other species and lifeforms. Others use rhetorical bafflegab to confuse people (Wolfe is a master at this tactic).

Having a top ten for pseudoscience and conspiracy claptrap is fun, but it’s identifying the point-oh-oh-one percent of that junk. There’s so much of it that no list – the top 100, the top 1,000 – could even scratch its infected surface. It’s hard to pick which of these hysterical charlatans and con artists should be rated among the top, they are all so despicable, foolish and greedy. Yes, greedy: they are all about the money: they have never been about your wellbeing, health or safety. Everyone of them is selling some snake oil. 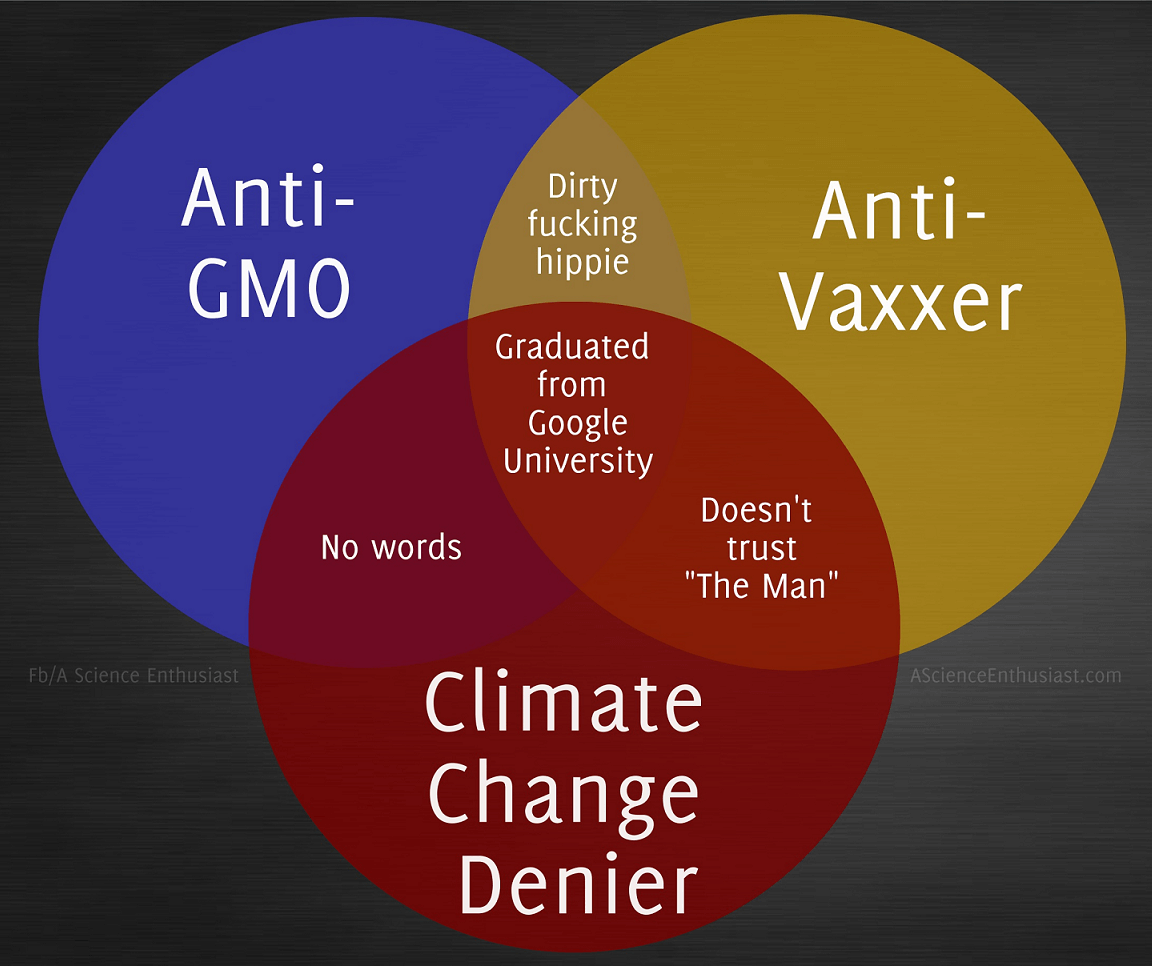 And then there are all those wacky sites that aren’t exactly pseudoscience, more like anti-science or just plain fantasy – the chemtrail idiots, UFOs and aliens, New World Order, ghosts, angels, flat earth, psychics, cupping, psychics, reptiloids, space travel hoaxes, channelling… an array of nutty conspiracies, beliefs and suspicions. The Net is replete with such intellectual garbage.

Skeptoid has been doing this list for a few years. Not that it really matters: the sites and their advocates continue to gull people. But along with the list, the site has been in the forefront of debunking most of the practices these listed sites profess.

The internet has polarized people into rigid belief niches and hardened the intellectual arteries of those who have invested time and effort into them. Those who believe in nonsense will always believe in it, their conspiracies and balderdash fed by an endless feed of nonsense. Those who believe in science, reason and logic will stand on the outside and rage ineffectively against the machine that creates this culture of ignorance.

It’s astounding that so many people are gulled, unable to see the difference between their beliefs and the fictional magic of Harry Potter. We live in a culture easily preyed on by the ideologues, too. It’s not a large step from pseudoscience and magic to voting for Donald Trump. He uses the same shrill tactics of deflection, disinformation and disingenuous answers as the quacks and charlatans do.

Once people believe in one nonsense, it’s easy to convince them of others; there’s a cascade effect that occurs, a kind of tipping point for gullibility. A landslide of ignorance happens and suddenly you’ve gone from wondering if vaccines cause autism (they don’t) to believing someone poking your foot can cure illness (reflexology) and a sugar pill will make your cold better (homeopathy).

For me, it’s both annoying and frightening. I was raised to question, to examine, to research, to weigh data, to doubt until I have reasonable evidence. To use whatever intelligence I have to question before acceptance, and to respect science because it’s all about finding the answers through a transparent, peer-reviewable and replicable process.

What happened to our educational system that we stopped teaching people to think about things, to question, to analyze and compare?

Questioning doesn’t mean simply rejecting: it means the opposite of blindly accepting whatever you read online that tickles your over-active imagination. There are reliable sites about science online. Try them first.

There are things that you can take as a given, things that are reliable and you need not question: basic science backed by decades or even centuries of research and exploration. You don’t need to question gravity, evolution, electromagnetism or climate change, for example. Others have done that before you and have found the answers. By all means read their research, try to understand their reasoning and conclusions. But if they only present anecdote, rumour, gossip or fear-mongering as their “proof” (like the Food Babe…), move on.

Online groups and con artists organize to fight things like vaccinations and GMO foods  or gluten not on science or fact, but on emotion, on fear, on suspicion, with shrill arguments based on rumour, gossip and anecdote rather than evidence. (The Banana Scare is a satire, but it makes the point…). Oooh – scary: it’s a chemical you can’t pronounce therefore it must be bad…

Trying to point out the facts, the research, the evidence that counters their fears is a finger in the dike of welling ignorance. It’s like climate change: those willfully blind to the evidence or locked to an ideological denial will never be swayed by facts, by the science or even by the results of climate change in their own backyards.

I suppose the cornerstone of this is, for me, Skeptoid’s number two choice: the inappropriately-named History Channel, one of the reasons we personally cancelled our own cable TV service:

…programs devoted to monsters, aliens and conspiracies” while many critics have noted its many series promoting flagrant pseudohistory, such as Nostradamus Effect, The Curse of Oak Island, Hunting Hitler, Hitler and the Occult, Haunted History, Brad Meltzer’s Decoded, UFO Hunters, MysteryQuest, the list goes on ad nauseum.

Like the Discovery Channel and its sister, the Science Channel, they wrap some meagre pop (sensationalist) science content around a core of claptrap about alien abductions, ghosts, monsters, UFOs and other boogymen, and the plotless, dreary “reality” shows, all catering to the tin foil hat brigade. This collective affront to education, to history and science was a major factor in my cancelling cable TV more than three years ago. And good riddance.