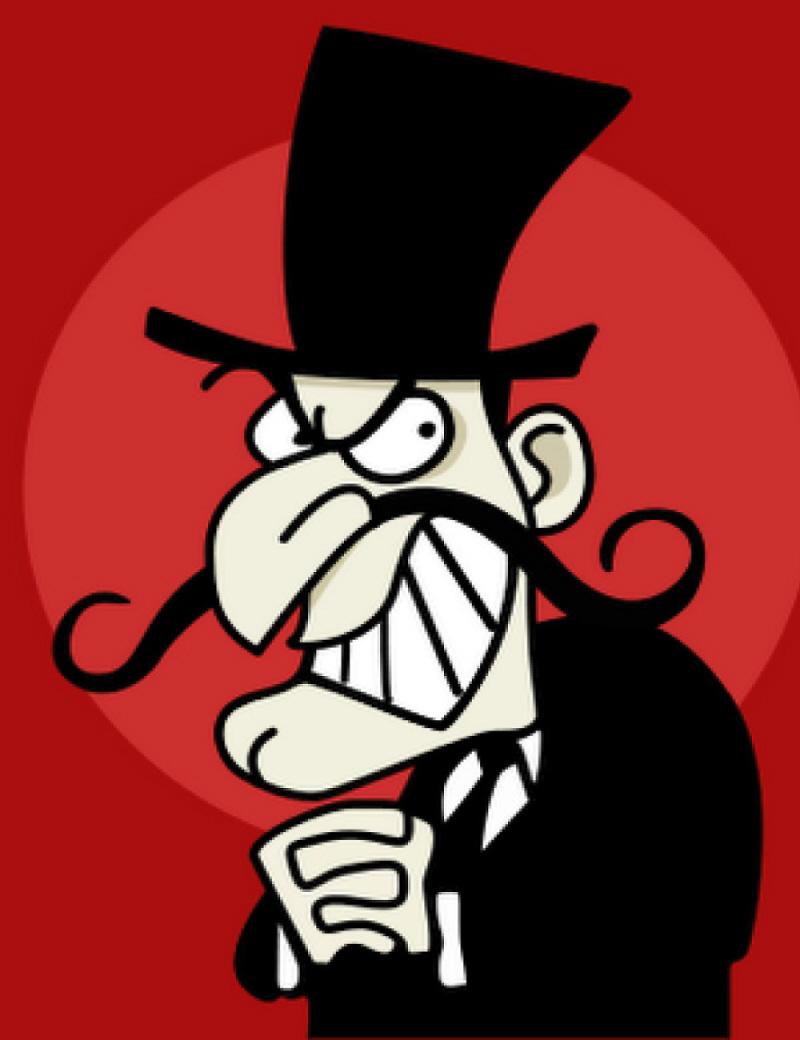 I was in the local grocery store with Susan, picking over the collection of organic vine-ripened tomatoes, earnestly searching for the best couple of them. A man recognized me as a member of council and approached me, smiling, hand extended.*

“Hi, Councillor Chadwick,” he said. We shake. “Can I talk to you for a minute?”

“Okay,” I replied and passed what i considered the two best tomatoes to Susan who headed off in search of some fresh Ontario asparagus. “How can I help you?”

“Well, I’m Pastor Jones with the local United Way and I wanted to ask…”

“Wait a second,” I interrupted, holding my hand up. “Are you going to lobby me?”

“What do you mean? We’re a registered charity…”

“No, I mean are you a registered lobbyist?” I shuffled sideways to the avocado bin and started to gently poke them. My new companion followed behind, scratching his head.

“Not good enough. I need to know if you – not just your charity or corporation – is registered. Personally. You have to be registered before you can lobby me. Council passed a bylaw. I can’t talk to any unregistered lobbyists.” I picked a particularly nice avocado and handed it to Susan who passed by on her way to the potatoes.

“But I’m just a volunteer on the board. Why do I need to register with anyone?”

“Because citizens need to know that no one at the table is unduly pressured by some unscrupulous persons looking to gain advantage for their cause through insidious lobbying activities behind the scenes. Everyone who wants to approach council or even a single councillor on behalf of anyone or anything else, no matter how innocent it may outwardly appear, has to first register at town hall as a lobbyist. So you’ll have to start there before we can talk.”

“Town hall’s already closed. It’s after five,” he glanced at his watch. “All I wanted to say…”

My hand flashed up again like an angry policeman at a crosswalk. “Sorry. I can’t help it. You can’t talk to me unless you register. Those are the rules.”

“Even to make a simple request?”

“Even the simplest request can disguise a nefarious plot to influence me and thus sway the course of the municipality from its divinely appointed direction. The very fibres of democracy may be unravelled by your unsolicited approach. Or so I’m told. As such, I have to protect myself from having my integrity questioned. You must register.”

Susan waved a bunch of broccoli at me from across the produce section. I nodded as she headed towards the cooler area where the tofu awaited. I eyed the zucchini with a critical eye.

“How will my signing a registry protect your integrity?” he asked.

“See those people over there? The couple trying to hide behind the lettuce?” I pointed to an elderly couple pretending to select their vegetables from a bin, but glancing up at to glare at us every now and then. He nodded a little unsurely. “They’re watching us. They’re part of a citizens’ coalition trying to make sure we councillors obey the rules, and that we are free from outside influence. The only way they can be sure I am untainted by the stain of special interest pressures and my integrity remains unsullied is by making sure I don’t speak to any unregistered lobbyist. And if I do, they report me.”

“You mean they’re stalking you?

“They prefer to call it preventative democratic surveillance. Every councillor gets assigned a pair of them. They usually work in shifts just to be sure no one approaches us at any time of the day.”

“But how would they know who I am? I could be a friend or a business associate.”

“See the book the gentleman has tucked under his arm? That’s the Lobbyist Registry. They can recognize lobbyists from the photos that accompany each entry. It’s kind of like birding. Except of course the birds don’t have to register themselves. If you’re not in the book, you’re an unregistered lobbyist. You’re probably better off being an axe murderer. Less paperwork.”

“Wouldn’t a citizens’ coalition itself be a special interest?”

“Yes, of course, and they have to register themselves before they can talk to anyone on council. Their director is registered, but not every member yet. So those two can’t talk to me themselves, even about talking to you, because that would be influence peddling. It’s a bit confusing, I’ll admit. I personally think many of them do it just to get their pictures in the book. They’re very flattering pictures. Much better than your passport or driver’s licence. You’re allowed to smile in them.”

He looked exasperated. “Okay, but what happens if we talk and I’m not registered?”

“Well… hmmm. Nothing really. I mean there’s no penalty for talking to an unregistered lobbyist. Aside from being pilloried in the citizens’ coalition newsletter, of course. And being chastised in public by the angry bloggers. They’re always looking for something to attack us on. It’s just expected that we won’t break the rules. It’s an honour system. Like the Code of Conduct. It’s the principle that counts, even if the actualization leaves something to be desired.”

“And what’s the benefit to me for registering?”

“Aside from being identified in the Official Collingwood Guide to Lobbyists and getting a flattering photograph of yourself you can show friends and relatives? Nothing really. In fact, it’s probably a detriment because you could become the target of scorn and derision from some righteously indignant bloggers; never a healthy thing for any organization. On the other hand, it could garner some free publicity in the newsletter, so it may not be all bad.”

“Look, all I wanted to say was we’ve got a fundraising dinner coming up,” he said and threw his hands in the air. “I wanted to know if you could mention it at council next week. Is that lobbying?”

“I can’t be sure. Possibly. I think we’d better err on the side of caution and say yes. And if that’s the case, you can’t really tell me what you just told me, in case it gets misinterpreted. So why don’t we forget the whole thing and get you registered in the book properly so we can talk in future.”

His shoulders slumped. “How long will that take?”

“A few weeks, maybe a month. Usually no more than two. It’s bureaucracy after all. Can’t move faster than a glacier. Process must be followed, regardless of the pace at which it moves. We cannot rush democracy after all.”

“But the dinner’s in two weeks. We can’t wait that long.”

“Ah,” I muttered sympathetically and put my arm over his shoulder. “But what is your small event when the greater issue of the integrity of our democratic system is at stake? Man, this is about your and everyone’s freedom. Our parents fought a war to protect that right. Many brave lives were lost to preserve this hallowed state. We cannot turn our back on their valiant efforts so glibly! The protection of our municipality from potentially unscrupulous lobbyists must be upheld. There’s always next year.”

“Shh. No more, ” I whispered and pointed to the couple who had moved to a better place to observe us, near the mangoes. “We’re still under observation. Any more and I’ll probably be written up the the coalition’s newsletter. I might get called names in a newspaper editorial. Or be the subject of a blog post. Best we part before they become suspicious.”

I left him looking disconsolately at the radishes while I sidestepped over to the onions and began an intense evaluation of the Vidalia bin.

* I originally wrote the original version of this back in 2008 when some politicians on that council tried to introduce a lobbyist registry back then. Fortunately, cooler heads prevailed and it was turned down after a damning staff report on the proposal suggested it was an unnecessary, bureaucratic encumbrance. Staff concluded that, “Some of the options may be viewed as solutions to problems that Collingwood, as a much smaller municipality, does not encounter.”

It has come back up during this election campaign, as part of the usual self-aggrandizing chest beating and faux righteous indignation from some candidates. They want voters to think there’s something nefarious where nothing is going on. A registry was a bad idea for our small town then – staff agreed – and it will always be. The last thing we need to waste our energy creating is a way to distance our politicians from the people they represent.