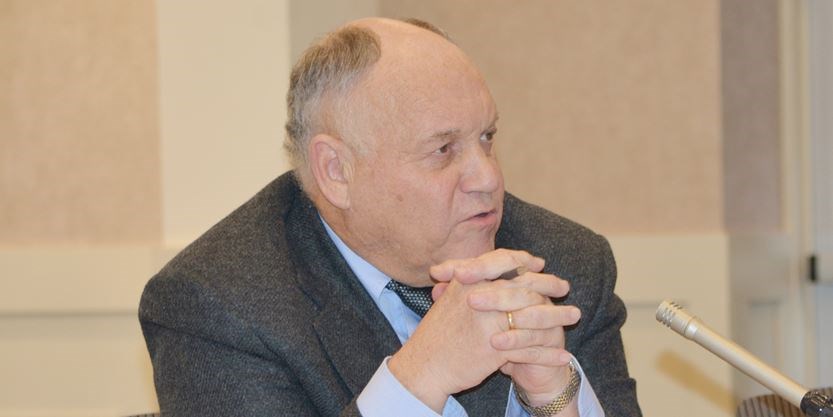 Can a municipality operate effectively with a toxic relationship between the mayor and the CAO? Can staff avoid being involved in the confrontation? Can the public expect the best service and support from its leaders if the two top people are at odds?

Clearly not. A story in The Connection reinforced just how bad things have become in town hall between the mayor and the interim CAO.

Once you read it, I believe you will agree with me: the interim CAO must go. Now. Right now. He is an embarrassment to everyone. This behaviour is intolerable. It doesn’t matter that he is The Block’s darling. He should resign or be placed on administrative leave without delay.

I asked why he was still allowed to work for the town back in 2016. I asked it again earlier this April. I will ask it again: why is this man still working for Collingwood?

This story reflects badly on the town. This term, Collingwood has already suffered considerable embarrassment, a tattered reputation, hostility and disdain from our municipal partners and neighbours, and we have an adversarial position against our airport, utilities, and hospital. The buck has to stop somewhere.

Is he behaving like this because our mayor is a woman? Or is he this aggressive to everyone? Did he behave like this in the other municipalities where he worked? The mayor should contact them and find out. But it’s Collingwood where he is now and it’s Collingwood that has to deal with him. He should go.

First of all, the article notes:

…Cooper’s announcement on the radio appeared to catch Brown completely off guard, and he later told the mayor in an email he would be filing an informal complaint under the town’s code-of-conduct policy.

And then he threatens her with the code of conduct. That looks like bullying to me. And that’s exactly the word the mayor used. The interim CAO’s emails state,

I know that what the mayor has stated to the public on the radio is simply not true, and so must all of you. It is most unfortunate that the mayor should now blame staff for something which she consented to and fully supported during the course of our meeting.

Is he calling the mayor a liar? Sure sounds like it to me. And then blaming her for having a change of mind? Where is the professional level of engagement and respect that he OWES the office of the mayor? Where are his manners and his decorum? Where is his civility?

Why didn’t he talk to the mayor, ask her about the radio show, rather than send a disparaging email to staff and other councillors blaming her? A professional courtesy: walk the 30 feet or so to her office and have a conversation. To me, his email is indicative of how bad the relationship between them is, and how poorly or how seldom he communicates with the mayor.

It’s always the same in our town hall: blame, blame, blame, and never take responsibility. Little wonder the atmosphere there is toxic and staff morale is abysmally low. Like a fish, corporate hierarchy rots from the head down. How much longer can this train wreck go on?

Brown then apologized for the mayor’s “misrepresentation of the factual situation.” He added the mayor “appears to have forgotten almost completely in such a short period of time” the meeting in which the letter had been discussed.

The interim CAO apologizing on behalf of the mayor? Since when does he have that authority? What arrogance, what hubris! Then he adds insult to injury by saying she misrepresented the facts – appearing to call her a liar again. And to make it worse, he condescendingly complains she must have “forgotten” their discussion from a few days earlier. This is NOT the sort of behaviour we expect from the top bureaucrat.

And then he tries the intimidation route again after the first failed to scare her into submission:

Brown followed that email with a second one informing the mayor that he was filing a complaint based on her decision to retract the letter, and that he was requesting she make a public apology to staff at council’s March 27 meeting.

Why should the mayor or anyone in town hall tolerate such bullying and harassment? Why should she apologize for having a conscience? For standing up for herself? She deserves kudos, not accusations.

I do not understand your motive or desire to continue with your divisive and caustic approach related to me and the many great organizations that contribute to our basic fibre as a community. While I recognize that I must always strive to do a better job as mayor, I will stand strong on the fact that I do not misrepresent the truth, lie, or deceive the people of Collingwood. I believe my family, my church, and my community will attest to this… I will no longer be bullied by you or your co-ordinated efforts. Your behaviour will come to an end, one way or another.

The mayor then commented on his “inability to deliver the quality of service required to serve the best interests of the people of Collingwood in co-operation with council and the mayor’s office” and asked him to resign.

He should have. That would be the honourable thing to do.

Councillor Lloyd also complained about the tone of interim CAO’s emails. Lloyd eventually blocked the interim CAO’s emails to prevent more of what he called harassment. Is that the sort of relationship a good bureaucrat would foster? After all COUNCIL is his boss. He works for them, not the other way around. How can he be effective when he has a bad relationship with his bosses?