WWHWWWH is one of two formulae I need to keep in mind when working through my scales on the ukulele and guitar. The other is 2122122.

I see the musicians among you already recognize what these mean. I still need to have these written on a sticky note so I will remember when I practice.

This is stuff I’m learning about scales as I study music theory. It’s sometimes a bit like wading through intellectual molasses. Confusing, but I persevere. And I hope I get it correct, because I’m designing the chord-construction wheel I wrote about in a previous post.

Steps are also known as tones (T) and half-steps as semitones (S). Sometimes the formula shown in the headline is written as: TTSTTTS.

You may know these as the notes in Do-Re-Mi-Fa-So-La-Ti-Do, something you probably learned in elementary school. That’s all the notes in one scale in a single octave, going from the root or tonic (Do) all the way to the next time that note appears (the second Do, an octave higher – technically defined as at twice the frequency of the lower note of the same name.)*

An octave contains eight notes – the entire Do-Re-Mi… Do series noted above.

For players of stringed instruments like guitar and ukulele, this WWHWWWH formula means: starting from the root, play the next note 2 frets higher, then 2 frets more, 1 fret, 2 frets, 2 frets, 2 frets, then 1 fret.

Pianists know a half-step as a single key. For these instruments there are 12 half steps (frets or piano keys) in an octave. These 12 notes or pitches are also called a chromatic scale, but only eight of those notes are in a major scale.

The distances (in steps) between the numbers when using this notation are not always equal. WWH… and so on show the correct mix of steps and half-steps. Between, say, notes three (III or E) and four (IV or F), there is a half-step, or one fret. And between seven (B) and eight (C) another half step. This is where my wheel comes in handy. Turn the inside dial to put the toot on note 1 and the rest is simply looking up the notes that match the numbers.

Why not just use equal spaces? Two frets between every note? Try it on a ukulele. Just jump whole steps (two frets) along the third string: C-D-E-F#-G#-A#-C. Doesn’t sound right, does it? At least to Western ears, it doesn’t. We use a method of tuning notes (equal temperament) that is like a language with its own rules and grammar. Doing a scale with equal spaces is like speaking or writing poorly. It jars the senses.

So, you ask, what is 2122122? It’s my formula for counting out the natural minor scale. Two half steps, one half step, two half steps… and so on. That’s two frets, one fret, two frets and so on, for ukulele and guitar players. It can also be written as WHWWHWW or TSTTSTT. I prefer the numeric so I can keep them separate, but they all work.

I write D#/Eb  and G#/Ab together here because for the purposes of my instruments, these pairs are two of the same note. D# = Eb. That’s called enharmonic notes. I’ll go back to a single usage of b (flat) or sharp (#) now.

There’s also a harmonic minor scale with a different formula: WHWWHTH or in steps: 2-1-2-2-1-3-1, where the T means three half-steps or semitones. A three-half-step interval is called a minor third interval. This produces C-D-Eb-F-G-Ab-B-C.

So now see the differences between all four scales and the changing relationship between the notes:

You can see they all share four notes: C-D-F-G. Minor scales all have a flatted third note (E becomes Eb).

There’s also a major pentatonic scale: just using five notes in the same octave. In C, that is C-D-E-G-A. The notes F and B are skipped. A major pentatonic scale can be counted out as notes 1-2-3-5-6 (I-II-III-V-VI) of the major scale, or WWTWT where T means three half-steps, or a minor third interval (so: 2-2-3-2-3 in half-steps).

A minor pentatonic scale is TWWTW or 3-2-2-3-2 in half-steps (notes C-D#-F-G-A# or also written as C-Eb-F-G-Bb). In degree notes this is 1-b3-4-5-b7 or I-bIII-IV-V-bVII. The third and seventh notes are flatted: lowered by one half-step. E goes down to Eb. Sometimes in scales you’ll see a double-flat reference, which means drop down a whole step.

To properly appreciate the major pentatonic and its cousin the minor pentatonic scales, you really need to understand how the circle of fifths wheel works. So I’ll leave that for another post.

Hope I’ve got all these formulae correct and haven’t misled anyone with some typos. Yes, I know I left out some stuff but I’m still climbing up the learning curve.

* This method of counting out notes is more properly known as solfege. It originated in the 11th century. It’s more complex than just those notes – there are names for the in-between notes like C# and Eb. In some systems, the vowel of the semitone higher is changed to an ‘i’: Di, Ri, Mi, etc. The real advantage of this naming system is that degree I is always Do, II is always Re and so on, no matter that key you are in. See the article linked here. 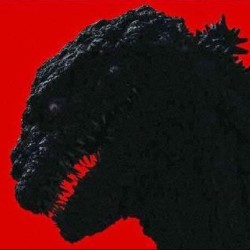