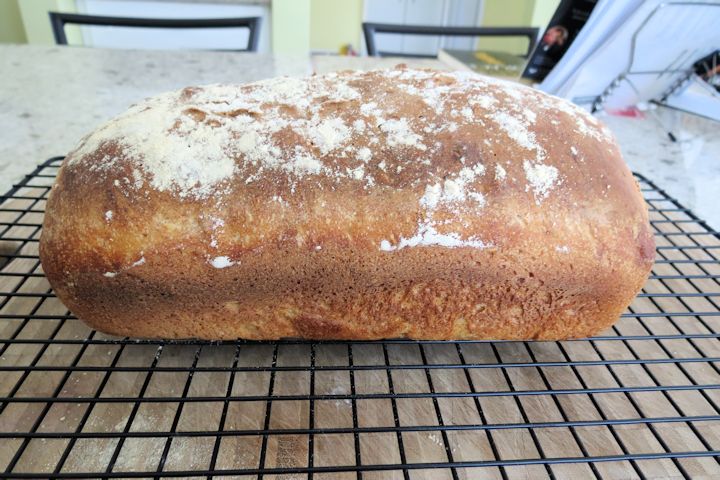 A couple more loaves were made this month and a third will be started later this week. Both were made in the oven, not the machine, at 425F for roughly 35 minutes.

Neither rose very high, but both were edible and tasty. Only about a third of the second loaf remains, so I will start a poolish today for baking a new loaf tomorrow.

First up: a sourdough, made from the levain I keep in the fridge. All-sourdough: this time I didn’t use any commercial yeast as a helper. It seemed to be rising well in the bowl, so I put the dough in a pan for the oven. That may have deflated it somewhat. The oven spring was minor. 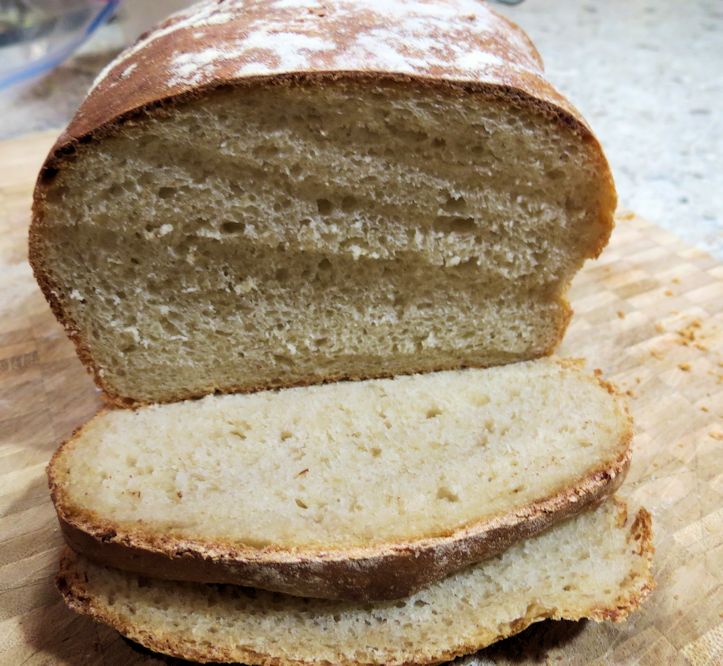 Aside from that, the mix was simply levain, unbleached flour, water, and salt. All basic ingredients. The crust was fair; not tough and a little crunchy.

The result was a nice but small (height-wise) loaf. It had a delicious flavour, similar to a light rye bread; that nice sourdough tang. I really like that taste; a little acidic, a little sour. I just need to work out a taller loaf method.

It also has a similar density to a commercial light rye: not airy like white bread, but comfortingly solid. It was good plain and toasted. Just not very tall for things like sandwiches or beans-on-toast (a weekend lunch favourite here in Casa Chadwick; the kind without the pork, of course). 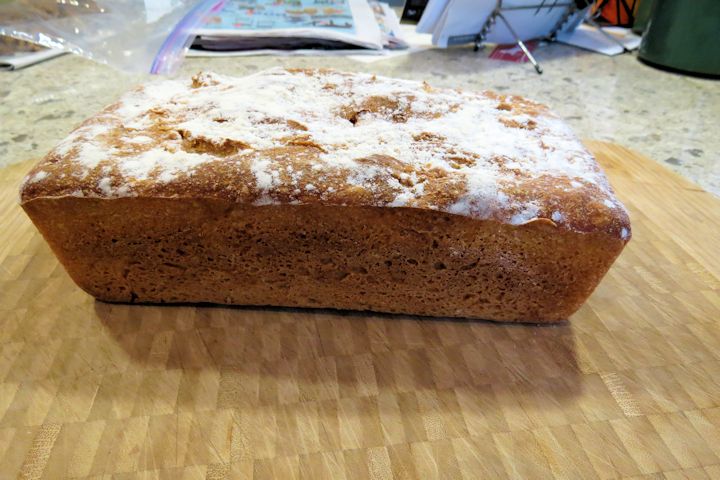 The second loaf was another experiment: another corn bread, but made without a recipe, and baked in a pan.

It began with an overnight poolish of 200g water and the same of flour, I added another 200g of unbleached flour plus 100g corn meal (not the Bob’s Red Mill coarse grind yet; I still have some of the commercial fine grind stuff to finish first). No levain: just commercial yeast this time.

In the final mix, I treated the corn meal the same as flour when estimating water for the hydration (65%, so 130g added). That may have been an under-estimate. I’m not sure the absorption rate of corn meal, but now – based on the resulting loaf – I suspect it to be higher than flour. Have to look into that, however, but next time I expect I will need more water.

I was also somewhat cavalier about the folding and stretching of the dough. I made this on Saturday; a busy day when we were running out on errands, walking the dogs downtown, and doing household chores. So the dough didn’t get the usual amount of folding to help build the gluten chains. lesson learned: don’t neglect that important step, especially when making a bread with additives like corn meal.

How much corn meal is appropriate – what’s the optimum ratio to flour? I don’t know. I tried 25% this time (corn meal to flour by weight), but might up that to 33% next. The bread didn’t have the coarse texture I expected from corn meal, so it must be too low a percentage. Or perhaps the cornmeal is too fine a grind.

I’ve seen it much higher in online recipes – 75-150% of the flour (by volume; it may be different by weight); but higher amounts are often associated with quick bread recipes (baking powder, not yeast). Another topic to research before I try another corn meal loaf.

And I may have put slightly too much salt into the dough (10g when likely 8g would have sufficed). Salt adds to flavour but inhibits yeast. 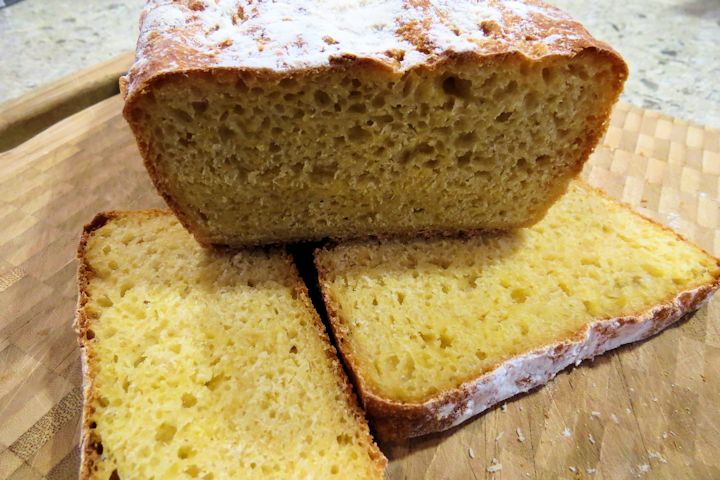 And then the house was cool that day, and because we weren’t around to watch it, I didn’t really do enough rising in the oven to help it.

The loaf wasn’t tall, and was somewhat denser than I hoped for, but it was tasty and went well with soup. The remaining portion is being consumed by me; toasted with peanut butter for my morning breakfast.

All in all, mea culpa, but the result wasn’t that bad (no inedible bricks this month). Susan found it rather chewy, but I like that aspect (as long as it isn’t doughy). The last of it will be gone by the weekend, when a new loaf will be broken. But what kind? Aye, that’s the rub… cheese bread may beckon…

“A wise prince ought not to fear the reputation of being miserly, for in time he will come to be seen as more generous than if he was generous from the start. People will see that, with his economy his revenues are enough, that he can defend himself against all attacks, and he is able to engage in enterprises without burdening his people…”