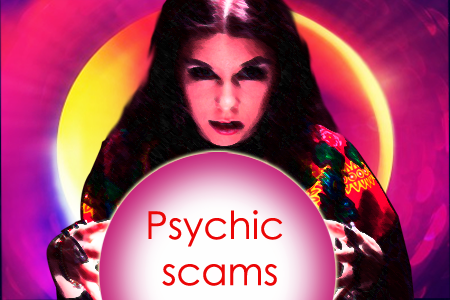 The year 2018 was another bad year for so-called ‘psychics,’ astrologers and others in the prediction business – and yes, it is a business – because nothing they predicted came true. Nothing specific or meaningful, that is. Sure lots of general “predictions” and vague lifestyle comments phrased as “predictions” were made – many which echoed what others have been saying in real news. But that wasn’t because of some astrological or ‘psychic’ effort.

When you read these sites you find a lot of that bloviated nonsense like “The main astrological indications of 2018 are those of releasing the past and preparing for new beginnings. There is a letting go of the old that will be taking place and emerging developments in new sectors.” And when I read “Jupiter is in the balsamic phase of semi-square to Saturn,” I thought more about salads than predictions. Gad, what utter balderdash.

How about this for nonsense?

Seeing as 2018 is a number 11 year in numerology, we are really going to be supported to start dreaming and conjuring up what we want from life. Even though part of our journey here is decided before we come into human form, we also have free will and the opportunity to create our lives.

Since you’re already wading in the murk of one pseudoscience, why not throw another – numerology – into the mix? Diaphanous piffle, as Conrad Black would say. As is all astrology, numerology, phrenology, iridology, reflexology and whatever the popular mumbo-jumbo-du-jour is. “Before we came into human form”…WTF is that all about? I hesitate to investigate lest it lead me to another rant on the gibberish generators these people use. Consider this intellectual pablum from Elle magazine:

You’re hosting structured Saturn in your tenth house of career from December 19, 2017 until December 17, 2020, a three-year period that could position you for new levels of leadership, as long as you’re willing to put in the work. While Aries CAN get by on charisma and a bounty of natural skills, Saturn demands that you pay your dues—no shortcuts allowed.

But predictions there are to be found, although a lot of the predictors have a habit of erasing or re-writing their predictions when they inevitably fail to come true. Or claiming after the fact they predicted something would happen. Fortunately for us, others copy and share them, so it’s hard to completely erase one’s failures online.

To avoid the letdown that comes from a failed prediction (and there are always so many of them!), many pad their “predictions” with the banal that are likely to prove true. For example, Old Moore saying “Antarctica in the news again in 2018” isn’t a real prediction. Antarctica’s been in the news pretty much every year since Scott and Amundsen raced for the South Pole more than a century ago. Similarly “Wildfires in Australia” and “Drone attack” aren’t predictions: they are regular occurrences.

And this ‘prediction’ from Kerry-Marie Callander – described as “one of New Zealand’s leading psychics” (such a description serious discredits the media that made such a claim) is merely an opinion that could have come from anyone who observed Trump’s first year in office:

The sense I get from Donald Trump is that he wants to be a dictator. He’s going to cause a tug-of-war between different powers and people.

Doh! But there are many specific predictions, and that’s where you see the failure rate soaring. Old Moore predicted that “Kim Jong-Un is at risk from an inside job,” “Satellite/space equipment hacking story,” “Iceland – A volcanic eruption, affecting Norway” and “Long term, Trump’s health is not stable. US citizens may be stuck with Mike Pence as President” and the very risible “Trump’s approval rating will continue to rise.” None of it happened (especially not the last one!)

Nor did the predictions by the Toronto Sun’s Liz Braun who wrote that “Patrick Brown might actually have a chance at becoming the next premier of this province.”

Nor did the ramblings of Craig Hamilton-Parker who predicted “US forces striking North Korea by blowing up a key trade route, Kim Jong-un being overthrown by his own people, a failed attempt to impeach Donald Trump and the sinking of a US warship.” He also claimed “a world flu epidemic – linked to biological terrorism – will wreak havoc globally.” Next year, I’m sure, he’ll make equally wild claims, as will the others.

World War III didn’t break out in 2018, despite this wingnut’s “prophecy.” The “third temple” was not built in Jerusalem this year, either (a rare example of a non-Christian Biblical prediction).

The world didn’t end on April 23, 2018, as wingnutty David Meade predicted. but then he changed his mind and vaguely predicted some imaginary “rapture” would take place between May and December of this year. Nope. Another failed prediction. Along with his claim that “Hawaii volcano eruption is once in a lifetime event as Nibiru approaches.” Nibiru, you probably know from reading this blog, refers to an imaginary planet that astronomy-challenged conspiracy theorists think exists. But it’s just more New Age codswallop as I’ve written about in the past. (BTW, the first time April 23 was predicted to be the end of the world was in 1843…)

Nor did the world end on May 20, June 24, or April 18 or July or in September, 2018 as predicted by religious wingnuts who figured out the date through their numerological readings of the Bible. Christian ‘psychics’ never seem to agree on the date, it seems, for reasons this satirical site gleefully explains.

A lot of these predictors or self-described prophets make oodles and oodles of predictions, doing so on the basis that if you make enough, the odds are one or two will come true. Then they can trumpet their “successes” and quietly ignore the majority that failed.

Predictions of this sort don’t come true because they’re not based on fact or research or even scientific analysis: they’re based on the voices in their heads. And for the Christian ‘psychics’ they’re based on a bizarre interpretation of selected passages in the Bible and usually some hocus-pocus numerology (notably ignoring the irony that they’re calculating not from the Bible but from a translation into English…).

Let’s not lose sight of the simple fact that astrology is pseudo-scientific twaddle. And ‘psychics‘ are either delusional or con artists. Or both. And finally that any Christian calling himself or herself a ‘psychic’ or numerologist is about as much an oxymoron as a bacon-loving vegan.

I used to feel a righteous sympathy whenever I read a story about some hapless senior being bilked out of their life’s savings by a con-artist ‘psychic’ – nowadays I feel less sympathy and more of a ‘serves you right’ attitude. This stuff is medieval twaddle and in the 21st century we should be better educated and smart enough not to fall prey to these hucksters. Every alarm bells should go off when you see someone advertise themselves as a ‘psychic’ or worse – a ‘psychic astrologer’!

But then, we fall prey to a lot of nonsense and illogical claptrap and chicanery: chemtrails, anti-vaccination, moon landings are fake, the world is flat, UFO abductions, gluten-and-GMO-free foods, Planet X, detox diets, angels, magic crystals and and Donald Trump is a very stable genius. There’s so much bullshit online that the things that are true sometimes have a hard time shining through.

I don’t think cognitive dissonance alone can explain why people fall for this stuff. The world is full of such intellectual pitfalls and snares, and the internet is a snakepit full of people eager to sell you their oil. Everyone knows that – so why do people continue to get stuck in it? Yes I know, thinking is hard work, but it’s a security measure, too. It protects you from charlatans.

All I can do is hope my own native skepticism and cynicism hold up to keep me from falling in. That plus common sense and a reasonably good education.