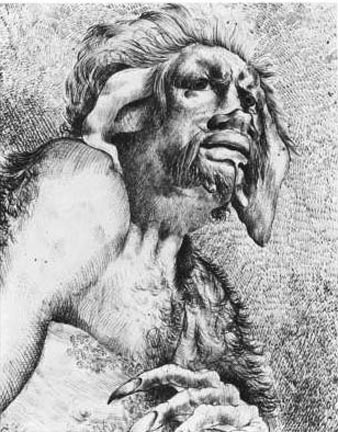 Four hundred years after he wrote them, we still use in everyday speech the many words and phrases Shakespeare coined. He gave us so many, it would be difficult, if not impossible, to list them all here.

But two words he wrote have stopped us dead: prenzie and scamels. What do they mean?

Were they more of his 1,700-plus famous neologisms like accommodation, castigate, frugal, inauspicious, premeditated and sanctimonious?* If so, no one today knows for sure what prenzie and scamels refer to.

Or were they transcription errors? The typesetter or copyist reading from a crabbed, handwritten manuscript and spelling out for the folio something he couldn’t quite understand?

Scamels are something – possibly a sea creature or shore bird – collected for food. It’s a hapax legomenon – a word that only appears once in the entire canon of Shakespeare’s works. In The Tempest, Act II, Sc. II, Caliban says to Trinculo:

I prithee let me bring thee where crabs grow;
And I with my long nails will dig thee pig-nuts,
Show thee a jay’s nest, and instruct thee how
To snare the nimble marmoset. I’ll bring thee
To clust’ring filberts, and sometimes I’ll get thee
Young scamels from the rock.

Could someone have written but smudged ‘seagull’ and the typesetter not been able to make out the letters correctly? Or written scams – an archaic nickname for limpets? Neither sound very appealling for a meal.

Dr. Metablog has one answer:

…modern scholarship has coalesced around “sea-mell.” It’s now thought (by 90% of those who have studied the question) that Shakespeare knew a manuscript report about a shipwreck called “A true repertory of the wreck and redemption of Sir Thomas Gates, Knight, upon and from the islands of the Bermudas…July 15, 1610,” which was not printed until 1625 in Purchas his Pilgrimes. Among the details that Shakespeare found in the “true repertory” was a brief account of a bird called a “sea-meawe”: “a kind of web-footed fowl there is, the bigness of an English plover… [which] hovering in the air made a strange hollow and harsh howling…. Our men found a pretty way to take them, which was by standing on the rocks or sands … whereof the birds would come flocking to that place nearer and nearer.”

Suggesting that Shakespeare knew the details of a report not published until after his death is problematic. Yes, many scholars believe The Tempest was inspired by that tale, but I’m not convinced it was widely in circulation that early.

The Tempest was probably written in 1610-11. The shipwreck of Gates’ story occurred in 1609, on what we now call Bermuda. Gates didn’t return to England, but he and his crew continued to Jamestown on the mainland (Virginia) in 1610. Gates was still in Jamestown in 1611 when a second fleet (Baron De La Warr’s ships) arrived. The Baron returned to England and wrote a short book about the Virginia colony, sending it to his superiors in the Virginia Company, in London, in June, 1611. I still think it’s too late to influence Shakespeare’s play.

Still, sea-mell or seamew (also called the mew gull today) may have been a word he heard on the London docks long before the play.

But aside from the reference to crabs – which might also be crabapples, given that he says the ‘grow’ rather than live – there is nothing else to suggest it’s a creature from the sea or seaside. Limpets, on the other hand, grow on rocks. Dr. Metablog concludes hopefully:

The Tempest is filled with words compounded of the prefix “sea” and a second element: sea-nymphs, sea-sorrow, sea-change, sea-swallowed, sea-marge. Why would Shakespeare not have been enchanted by the fortuitous “seamell?

Prenzie presents similar problems. In How Shakespeare Changed Everything, Stephen Marche suggests a conflation of finicky and princely. I’m not sure that works in the context of the conversation.

Prenzie appears twice in Measure for Measure, both in Act II, Sc IV, one right after the other:

CLAUDIO
The prenzie Angelo!
ISABELLA
O, ’tis the cunning livery of hell,
The damned’st body to invest and cover
In prenzie guards! Dost thou think, Claudio?
If I would yield him my virginity,
Thou mightst be freed.

Prenzie is often written as ‘princely’ in later editions of the play, and has been so changed since the second folio of 1632. But the first has prenzie. Suggestions for its meaning or the word that might have been misread include precise and princely, and even priestly.

In a paper on the word, Emma Smith discusses the specific nature of the word ‘precise’ in 17th-century England, suggesting an ironic use:

…‘precise’ has a particular resonance in early modern English, meaning ‘strict or scrupulous in religious observance’ and chiefly used of Puritans in the sixteenth and seventeenth centuries.

I can’t see how precise fits the bill here.

In his Shakespeare Blog, Joel Freidman quotes from the Yale edition of Shakespeare that offers this possibility:

…prenzie is Shakespeare’s translation of the now obsolete Italian word for prince (prenze) and the prenzie guards means therefore ‘prince-robes’, clothes with rich trimming. The explanation is not very convincing.

Freidman offers what, to me, is a better suggestion because the word is apparently not meant as a compliment in the text:

The Oxford English Dictionary:
Pensy, a. Now Scot. and dial. Giving oneself airs, self-conceited.
Dictionary of the Scots Language:
Conceited, overweening, ‘stuck-up’…
What, however, is strikingly significant is that the word ‘pensy’ is used in respect to clothing:
…of things, esp. clothes: neat, well-care-for, smart…

One of the debates is whether or how much Shakespeare travelled outside his small area of England (Stratford-London). Some scholars believe he went on a mission to Scotland in 1599, which would explain his use of Scots words. And, of course, Macbeth is set in Scotland and has a sprinkling of other Scots words in it. One of those words is used to describe the ‘witches’ – weird – which actually meant fate, not witch. So Shakespeare knew some Scots, which makes Friedman’s suggestion more compelling.

Also, the word pensy was still in use in northern English dialects in the late 19th century, but meaning demure and precise.

In their otherwise superb book, Shakespeare’s Words, David and Ben Crystal suggest scamel is a type of bird or fish, but they overlook prenzie entirely (nor does it appear on their website). In fact, on their website they prefer to use precise in the first reference to prenzie in MFM, and precious for the second. Again, I don’t feel these choices quite fit the context.

I’m not sure anyone has solved the mystery for certain, although I’m willing to accept the more scornful pensie as a viable suggestion. But seagull still appeals more to me than sea-mell as the more commonly used and heard word.

* One day I will get myself a T-shirt that says “I Grok Neologisms.”