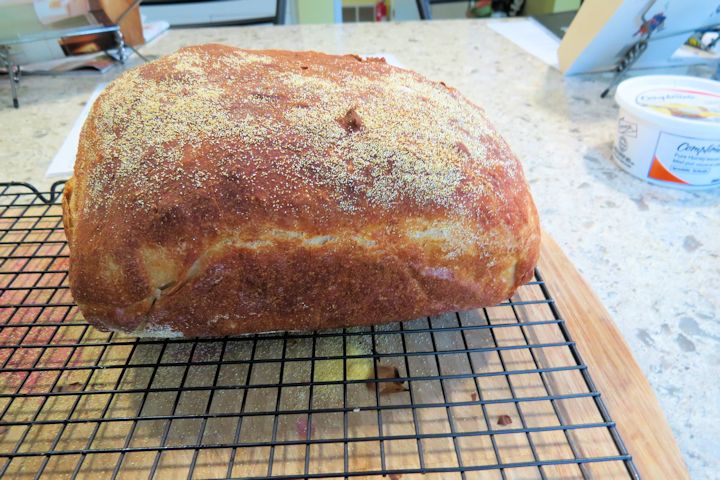 The past month I haven’t done as much baking as usual – just been too busy to do much, plus I was away for a long weekend holiday in Toronto. So June saw a mere two loaves baked. I made a few others in late May, however. 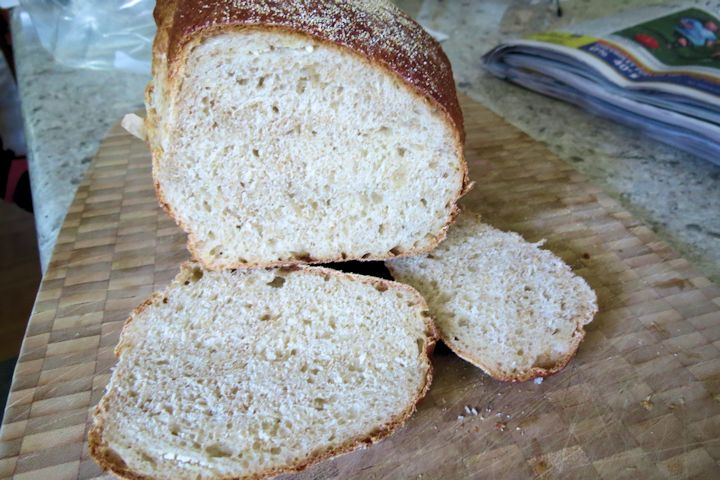 The two most recent loaves were a poolish-levain combination done in the oven, and a jalapeño-cheese bread done in the machine. The former was a typical bread for me: nicely solid for sandwiches and toast, but the levain added the sourdourgh flavour and a hint of acidity. Both crust and crumb were acceptable.

Nice, simple bread to make. pretty much my fall-back recipe nowadays (although my levain suffered a mishap and I may need to restart one…).

The only problem with this loaf was the shape – slightly lopsided. No big deal, of course, in the eating thereof. I suspect it had rather exuberant oven spring on that side. 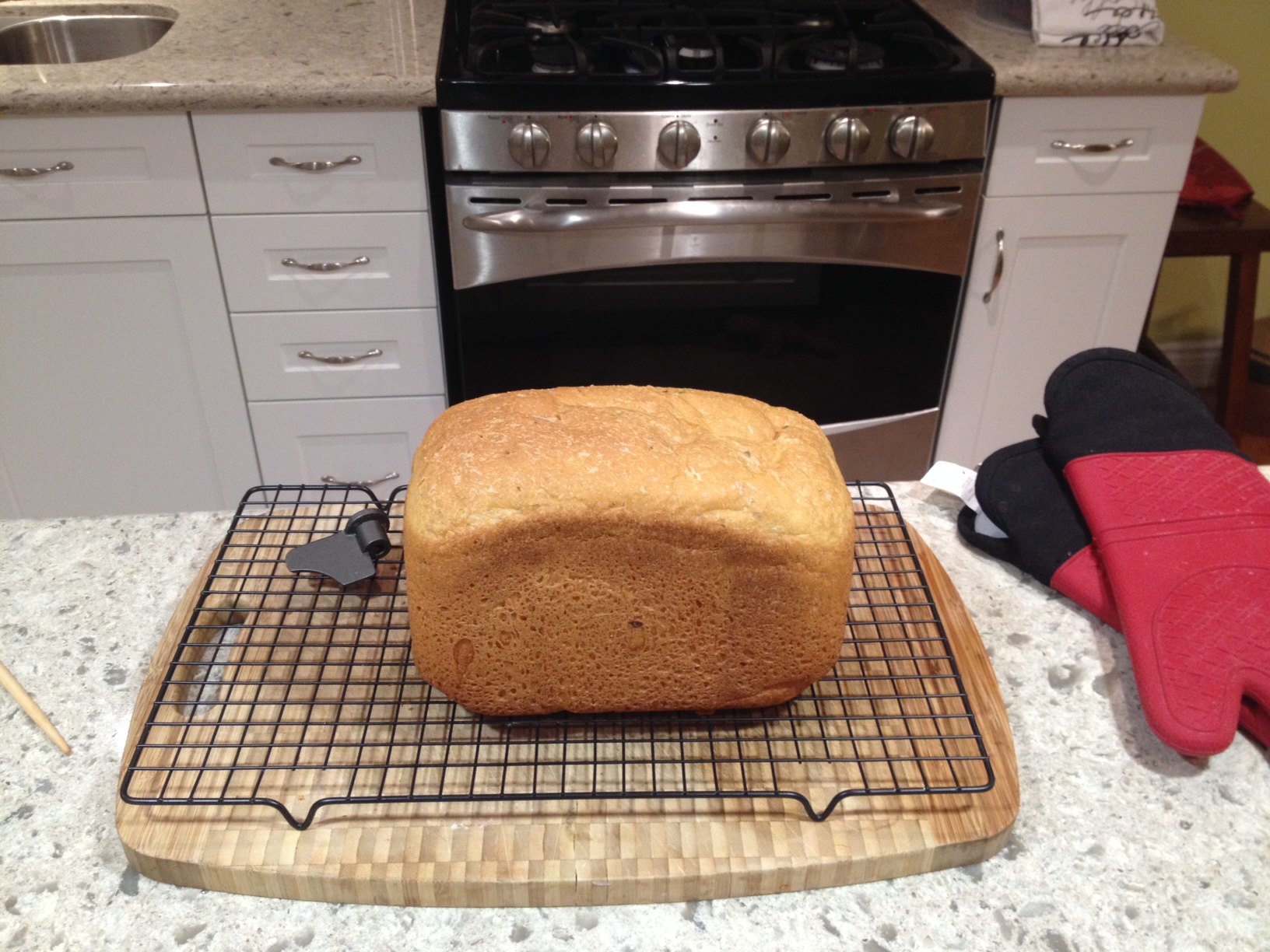 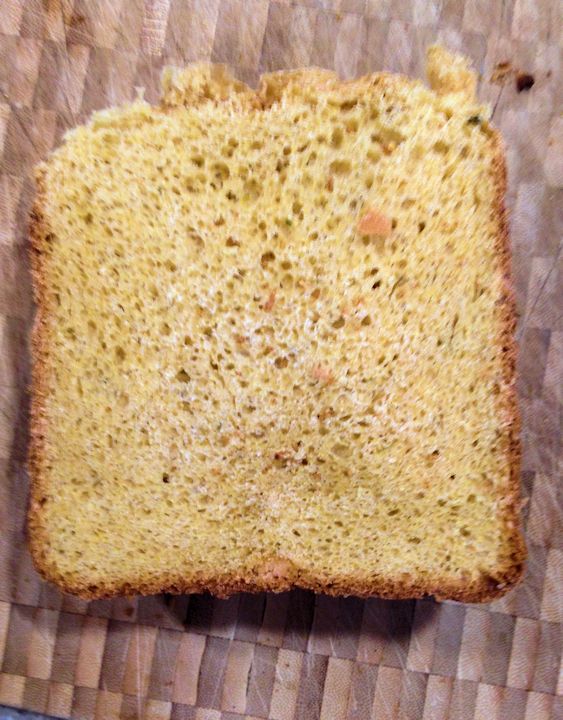 The jalapeño-cheese bread was based on a recipe from my favourite bread machine cookbook, but as I have often found in other of this book’s recipes, the amount of cheese and jalapeño pepper was too little for my taste.

I fried the peppers in a bit of olive oil and some minced onion, first. The cheese was from a shredded cheddar package.

The loaf turned out well physically, with the sort of fluffy crumb one gets in commercial breads, albeit a somewhat thicker crust. It was quite symmetrical (not all of my machine-baked breads have been) and rather tall.

However, both the cheese and the peppers tended to get thoroughly blended into the crumb, so there was no particular taste of either. It was okay for sandwiches and passable for toast. Nothing I’d want to repeat without some significant changes.

Well, the first loaf has been eaten and the c-j bread is down to its last slice or two, so it’s time to start a new loaf. I began a poolish this morning with a mix of unbleached white and red fife flours. We’ll see what else I add tomorrow. Basil? Garlic? Hmmm… 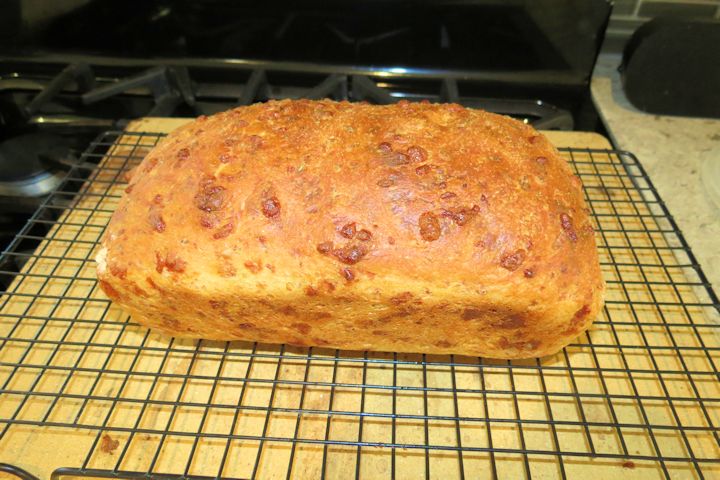 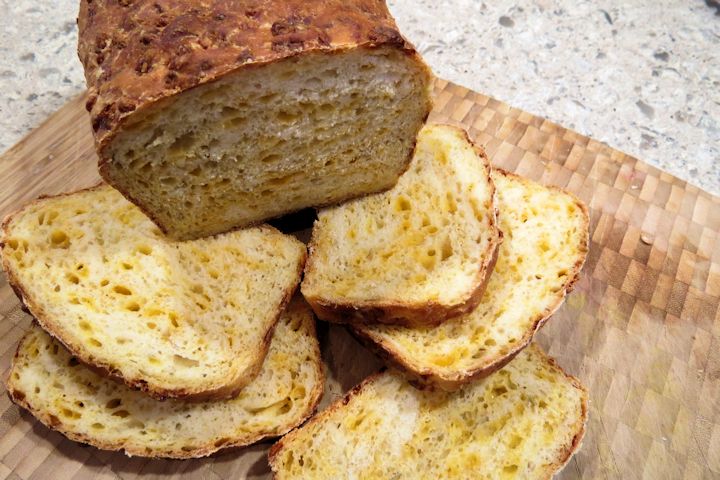 May saw a couple of basic loaves later in the month, too. The most interesting of them was another cheese bread, baked by hand and having a lot more cheese than any recipe called for. The result was scrumptious!

The crust and crumb were about as good as I could hope for. The cheese was visible throughout the crumb and gave a great burst of flavour with every bite. The crust had the cheese visible in it, too and the whole thing was one of my best loaves to date. In future, I may even try a cheese swirl in this sort of loaf.

I will, however, have to go over my notes to see what I used to create it. Good thing I write everything down… well, most of the time… 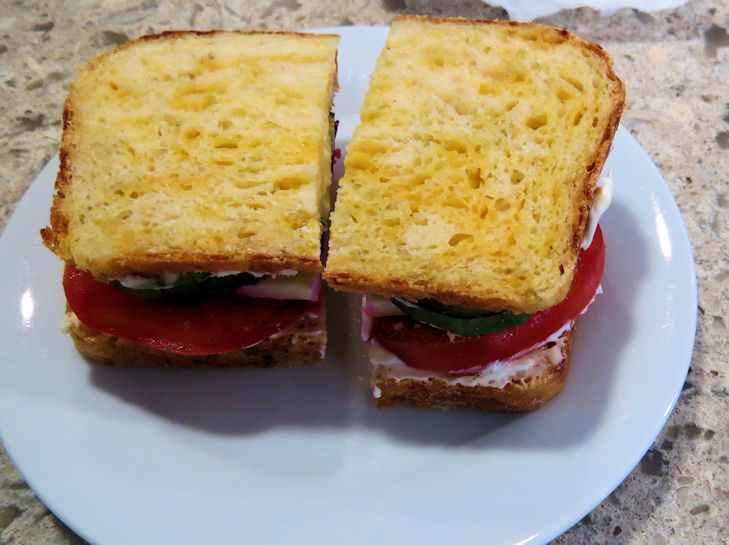 I really like cheese bread and I went through this loaf rather quickly – it was perfect for a beet-cucumber-tomato sandwich! And, yes, it toasted well and tasted great with peanut butter.

This recipe was a design-build type, but in future, I think I’ll add some onion and jalapeño to it and see if I can make a good loaf that way. Or maybe I’ll be adventurous and add Habanero peppers instead. certainly I’ll add some hot sauce to the dough.

As for the rest of the May breads… I can’t recall anything special. Just tinkering, as usual, and trying different hydration levels, flours, salt content and so on. Always fun, even the failures. Every step is a learning experience.

PS. While in Toronto this weekend, I picked up a copy of Beth Hensperger’s The Bread Lover’s Bread Machine Cookbook. Looks like a good collection of recipes and helpful hints from what I’ve read so far. Might become my new favourite machine cookbook.