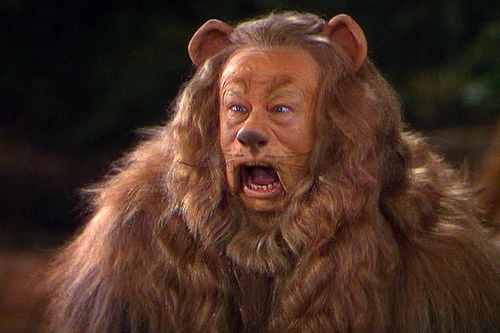 Late last month, Collingwood council heard from the town’s inquiry legal team* justifying the cost of the Saunderson Vindictive Judicial Inquiry (aka the SVJI), which many residents feel was an exorbitant waste of our tax dollars. The Collingwood Connection reported that Councillor Berman engaged in a to-and-fro with Will McDowell (of Lenzcner Slaght**):

Coun. Steve Berman asked if the parties involved had been more forthcoming with information, would the cost have been less. McDowell said there were many opportunities for those involved to lay their cards on the table, but “they didn’t do that.
“I don’t think you and I are disagreeing with each other,” he said in response to Berman.

By not being “forthcoming,” is Berman slyly suggesting that witnesses lied while testifying under oath? If so, I wonder who put him up to it. This taints every witness with a patina of guilt. Apparently, he lacks the courage to be forthright enough to name whomever he believes was lying.

Considering there were about 50 witnesses and affidavits at the SVJI, as well as many lawyers, there are a lot of people whose reputations and careers could be tainted by his comment. Does Berman mean some or all of town staff who testified under oath were not “forthcoming”? Or was it former town staff? What about Collus (now EPCOR) staff? Or independent planners? How about the KPMG consultants? Or the lawyers for the witnesses? There are many people who should take umbrage over his innuendo.

His comment also suggests the witnesses are to blame for the egregious cost of the inquiry, when accountability really rests solely on those five council members who voted for it, having been warned it would cost the town many millions more than they let on. No matter how the five try to weasel their way out from under the responsibility, no matter how strenuously (yet flaccidly) Berman tries to shift the blame, these five are the ones who must shoulder it.

I expect most voters would consider snide comments demeaning the honesty of others as underhanded and unbecoming of any elected representative. Especially when it was done without the courage to say exactly who was meant, so everyone got tarred with the same brush.

Foul-spoken coward, that thunder’st with thy tongue,
And with thy weapon nothing darest perform!
Shakespeare: Titus Andronicus 1.1

And as for what McDowell said to council… no one expects the legal team that represented the town (appointed in a sole-source contract in violation of the town’s procurement bylaw) to say anything but defend the cost. Yet I wonder why no one during the discussion raised the fact that no laws were broken. I suppose that’s simply an inconvenient truth.

Sure, you may think the money would have been better spent fixing our crumbling streets and decaying sidewalks, building an arts centre, restoring the terminals, upgrading the waterfront, helping local businesses survive during the lockdowns, erecting affordable housing, or something else — anything else — that was for the good of the community. Instead, we got what may prove to be more than $10 million worth of often spurious, redundant, and irrelevant recommendations in a digital report.***

* The cost of bringing them back to Collingwood is just another invoice to be added to the growing costs of the SVJI. Even though the final report was received four months ago, council still seems to be able to spend taxpayers’ money on it with wild abandon. The latest revelations about secret deals added another $250,000 to the cost to date, pushing the total over $9 million and maybe closer to $10 million. And there’s still no end in sight to this spiralling expense.

** The legal firm was paid more than $1.43 million for their services representing the town during the inquiry, plus an undisclosed amount for being appointed in a sole-source contract to advise council behind closed doors about holding a judicial inquiry. McDowell was later appointed the town’s council for the inquiry, again without council following the proper tendering process required by the town’s own procurement bylaw.

These sole-sourced appointments, as well as dozens of other sole-sourced giveaways worth millions of our tax dollars, were done during the 2014-18 term. And 30 were sole-sourced in 2020 alone: all done despite Brian Saunderson’s 2014 campaign promise:

No exceptions? We’ve seen how many times council broke and continues to break that promise! If Saunderson breaks his campaign promises to the town’s electorate so easily, what promises might he break if he gets elected as the riding’s MPP? Perhaps local residents don’t matter to him now that he’s trying so hard to get another job out of town before his term is up, and then he can kiss Collingwood goodbye. But he still continues to take the taxpayers’ cheque for a job he doesn’t want to do. Isn’t that rather hypocritical of him?

*** One wonders if Saunderson has told the town’s CAO she’ll be out of a job in only a few years, since she will surely be bound by recommendation 82 in the SVJI: The chief administrative officer’s term should be a six-year nonrenewable term. She’s got just five more years left. Or will he ignore it like he does the recommendations about avoiding apparent conflicts of interest?