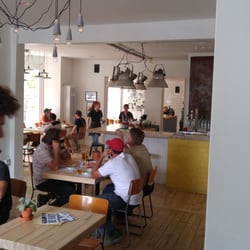 We had dinner at the Bent Taco on Pine Street last night. Collingwood’s nuevo-Mexican restaurant is not exactly Mexican but influenced by it, and in a good way. Food was excellent. If you haven’t been there, you should go. Very popular place and I wondered why it took so long for us to get there.

Don’t go expecting traditional Mexican fare (hint: go to Mexico and get outside your resort for that!) You won’t get huachinango a la Veracruzana or Oaxacan tamales here, but you will get recognizable choices like tacos, burritos and tortas (the latter sadly red meats only, no fish or chicken or veggie options – there are some veggie choices in the tacos and burritos, though).

Go expecting food that pays tribute to Mexican style, tastes and flavours but with local flare and inventiveness. (Another hint: Taco Bell is NOT Mexican food, so open yourself to new ideas if that’s all you know).

There are homemade loteria cards posted around the restaurant as part of the theme. That caught my attention. See how many you can spot (and where possible get up close to see what they are). If you don’t know what they are about, ask your server. Or look them up online ahead of time. I hope one day the restaurant expands on that element – maybe a game night. Or a tequila tasting night that incorporates the cards…

No pico de gallo salsa at the table. This is a common side dish in many Mexican restaurants and when we’re down there we eat it by the shovelful – at least when it’s fresh. With Ontario’s great tomato crop this year, it might be the perfect time for them to develop their own (hint, hint). But also for you, dear reader, to give it a try. And you can add it to scrambled eggs to get a good huevos a la Mexicana for breakfast.

Most places we visit in Mexico offer two sauces on every table: a red (roja, which has a broiled tomato base and often has chipotle and/or ancho chiles for a smoky overtone) and green (verde, made with roasted tomatillo and jalapeno chiles; not as hot as the roja) sauce. Neither is usually hot enough for my taste and I often have to ask if there is something ‘mas picante’ in the kitchen (there often is, but seldom served to gringos).

But don’t get me wrong: this doesn’t detract from the BT’s food or service. Just that if you go looking for some traditional items, you won’t find them (yet). The BT’s hot sauce is good, but I would like to see more options in their salsas.

Bent Taco makes their own hot sauce however, a roasted garlic habanero, which is also very good although not quite as hot as I like (hot enough for Susan). Food at BT is not spicy, BTW, so you might enjoy some of this hot sauce as a garnish. I went through one of their small bottles of it with my meal.

We shared two tacos (chicken & fish), a mushroom tostada and a chicken burrito, with a beet salad to start. The beet salad was very tasty, with naturally sweet beets. We’ve developed a recent passion for beets in various dishes so this was a welcome choice (Mexico is the only place where we’ve found homemade beet yogurt, which of course isn’t to everyone’s taste…).

Everything was tasty and well presented, and it was enough food to fill the two of us. I might recommend they explore a grilled fish as well as a battered option (like the legendary grilled fish tacos at Sirena Gorda in Zihua…). I’m not a big fan of batter outside traditional fish & chips because it can mask the subtle fish taste.

I hope in future they will also explore dishes made with tomatillo and maybe nopales (cactus), although the latter are not easy to find locally (I think you can get then in Kensington Market, though – there are some Latin American grocers there).

We each started with their margarita ($9, made with El Jimador blanco 100% agave and freshly-squeezed lime not a mix). Very nicely mixed and not too sweet. I salute their choice to make it fresh AND use a 100% agave tequila. Shows they know something about tequila (a rare quality up here). Best margaritas in town (although I’d personally add a little more tequila and offer a reposado option…). Next summer we may go back simply for margaritas on their enticing patio.

I tried a shot of Jarral de Berrio mezcal ($8, mispelled on the menu as haral de berrio…) and one of Tromba anejo ($14) after dinner, while Susan had their Siete Amigos cocktail ($15, made with Tromba reposado 100% agave tequila). She really liked that drink, with its refreshing grapefruit tartness.

The mezcal (one of two offered) was made in Guanajuato, and quite similar to what I’ve had from Guerrero, but not as smoky sweet as the Oaxacan I’ve had (oh for the days when we sipped the exquisite Del Maguey mezcals in our kitchen with friends…). The mezcal was presented with salt and lime, which I returned (try it straight – it’s worth it). I’ll try the other mezcal next time (a Oaxacan organic mezcal Leyenda Tlacuache, mispelled as layenda lauche on the menu).

I like Tromba’s smooth blanco, but found their anjeo a little light for my taste in aged tequila, more like a resposado. There was no age listed on the bottle (their website says 20+ months – anejos can be aged up to three years), but I think it needs more time in the barrel to develop those rich chocolate and butterscotch highlights that many anejos have. And the 36% alcohol should really be 40% with any anejo (IMHO).

Both mexcal and anejo tequila were served in a tall shot glass (sort of like caballitos, but not quite…). Yes, caballitos are traditional for blancos, but modern tastes have changed for reposado and anejo tequilas. Anejo tequilas should best be served in snifters like fine cognacs, to best aerate them and appreciate the complex aromas. Mezcal is traditionally served in small, flat earthenware cups called copitas. Also, Reidel has a tequila glass that is the official drinking glass of the Consejo de Regulador de Tequila (CRT). Maybe BT could explore these options in future.

BT offers some other tequilas on the menu including 1942 Don Julio (a rare anejo delight, aged at least 30 months) but although tempted, I only tried the one. The anejos are a tad pricey (the 1942 is $25), but that’s in part the LCBO’s excessive pricing to blame (1942 lists at $140 a bottle). Still, I believe this is the best tequila selection in town (most local bars and restaurants just offer the execrable mixtos from Sauza or Cuervo, which does them no credit at all and makes me question their competence…).

No extra-anejo tequilas on the menu (aged 3+ years) but I haven’t seen any extra-anejo tequilas on any menu outside of Mexico. They’re very rare in the LCBO and would be very pricey at a bar (the last time I saw Cuervo’s Reserva de la Familia at the LCBO, it was $250… and that was at least a decade ago. I can’t recall any extra anejos listed since then).

BT offers a side glass of homemade sangrita with their tequilas for another $2. That surprised and delighted me. We tried a lot of sangritas in Mexico, and have often made our own for tastings and with friends. I didn’t try one this time, but will next time. Visitors who frequent Mexico will know this spicy tomato drink as a popular sidekick for tequila but it’s also good on its own or as a base for Bloody Caesars. I’ve never seen any other restaurant or bar offer sangrita up here. Nice touch.

We didn’t try dessert – we usually don’t, but sometimes I can be tempted by a fresh churro or tropical fruit selection… they have ice cream sandwiches, which didn’t interest us at all. We have not had a lot of ice cream in Mexico, but I do recall trying a very nice coconut blend once.

Service was excellent and friendly (staff smiled!). Overall we were very pleased with the evening. Food and ambience were great (bright and fun atmosphere, ample space between tables; you don’t feel cramped). We’ll be back, and will certainly choose the attractive patio in warmer weather.