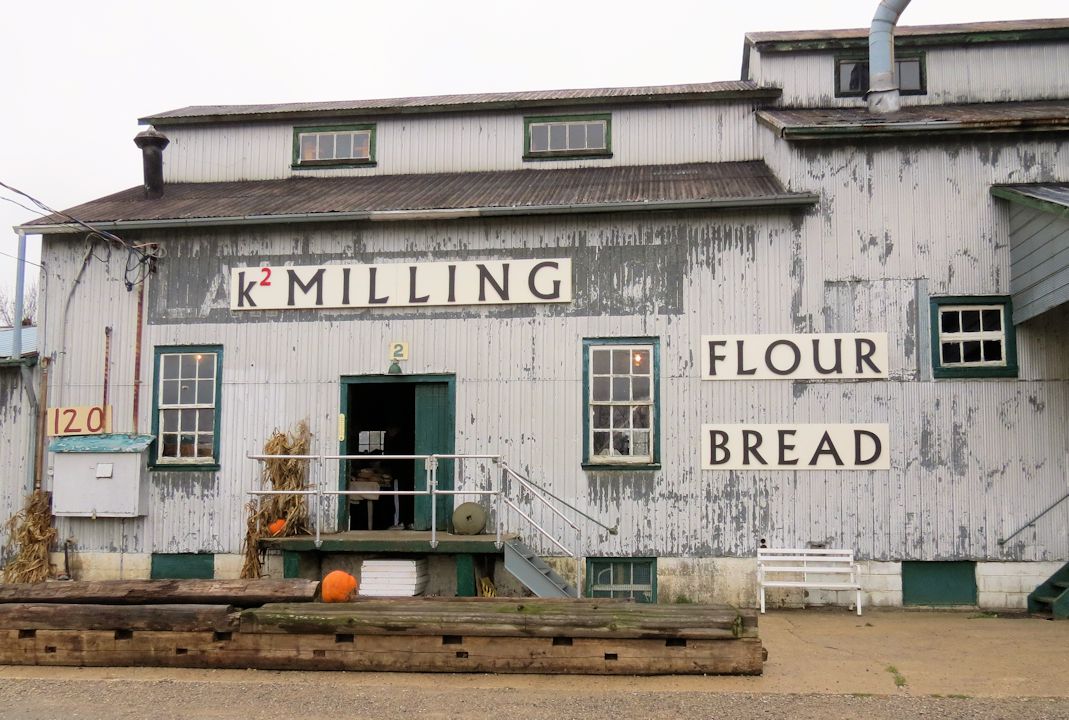 No, not to the mountain. To the mill. The flour mill in Beeton, a little more than an hour’s drive southeast of me. We took a little road trip today in my never-ending quest for baking ingredients. Susan came along, showing remarkable tolerance for my obsession.

K2 is a modest, old-fashioned place that grinds flour – the only mill still operating in the county, as far as I have been able to tell. And one of the rare artisanal mills at all in Ontario.

And of course it sells its products, as well as some other items like maple syrup, hemp products, local photographer’s cards and some gift items.

The New Tec Times tells us:

The building is old, dating back to the 1870s, and adds a rustic charm suitable for a business that sells its products on site.

The mill is a new business in town having started operations in December of 2012.

“It’s a village mill. A lot of the people who supply grain here, live around here.” Mark explained. “It’s kind of de-industrialized milling. The style of milling we do is an older technology where you are basically milling it once.”

In addition to selling flour, bread, and other products to the public, they host a farmers market on the property every Saturday.

In an interview in Specialty Ontario, Hayhoe said:

k2M is artisanal due to it’s size and nature of milling. We are able to produce ultrafine whole grain flour in a single pass from grain that is grown local to the mill. The broad capability of milling many different grains, on their own or as an assemblage, is another unique feature of our mill… Cold milling is the process of milling grain in a minimalist manner (single grind) while keeping the temperature low to preserve life and vitality of the flour… Our grains are mainly sourced from local farms.

Mark is able to mill the wheat while preserving the components of the whole grain.

The mill was out of malt, but the owner, Mark, went to the mill and brought out a small bag of malted barley grains, which he ground for me, no charge. It’s enough to get me started, next week.

The breads they offer are also made locally, at the 100 Acre Bakery. Although the temptation was to buy at least one of everything, I purchased only a single sourdough boule. Susan got a bag of cinnamon buns.  I might make a trip to the bakery next, to see if the owners will talk to me about sourdough.

I also got 10lbs of the Osprey and 10 lbs of the Red Fife flours. I should make a trip there one day when they’re milling the flour, so see it in action. When I run out of flour, or course… which may not happen for a few more weeks, what this new lot and some already on hand – about 35-40 lbs in the cupboards. Maybe I should start giving loaves away as gifts…

Some photographs from today’s trip to K2 Milling: 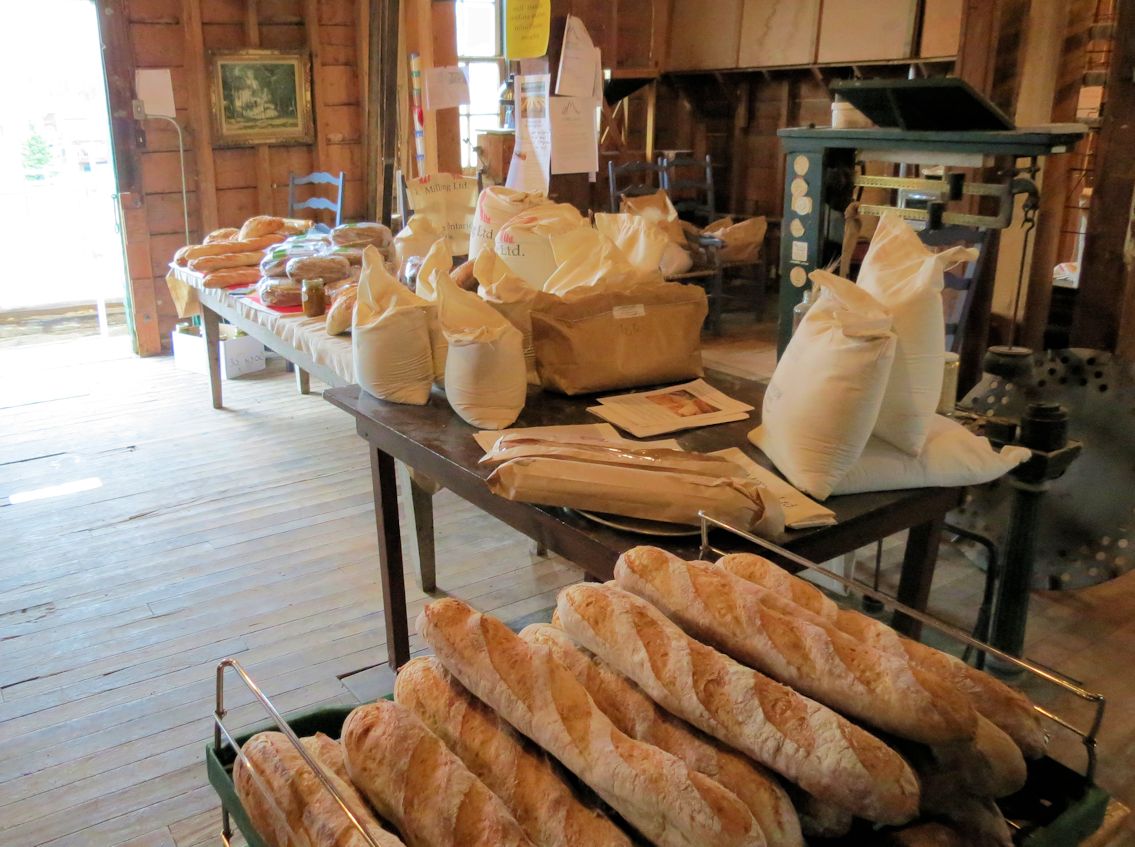 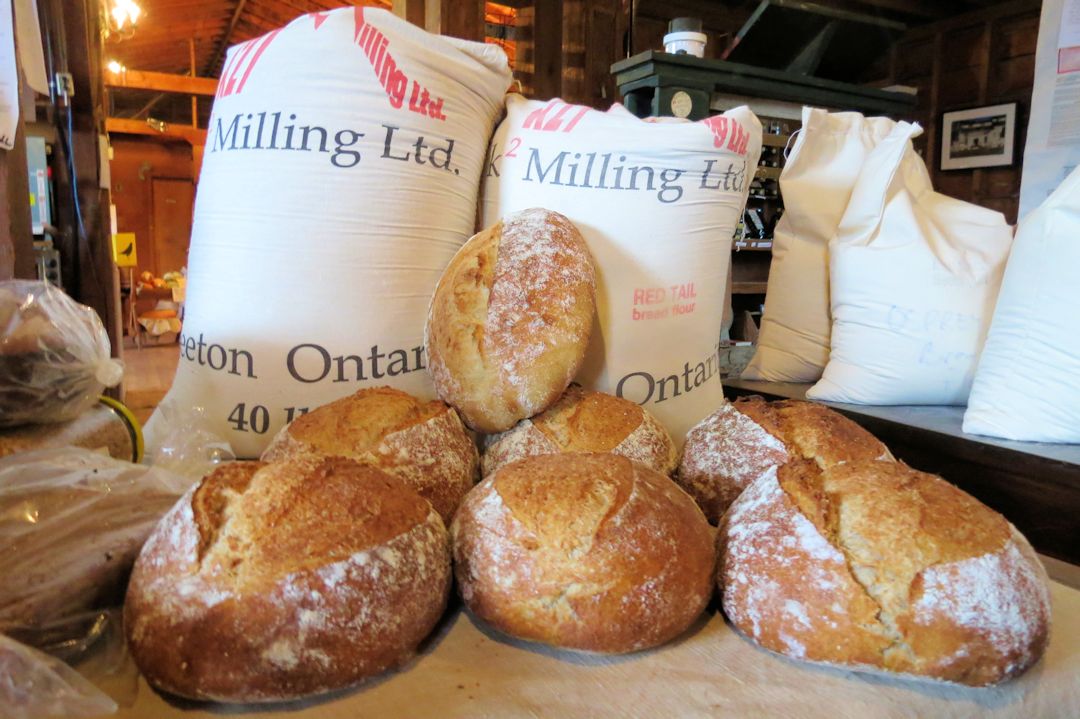 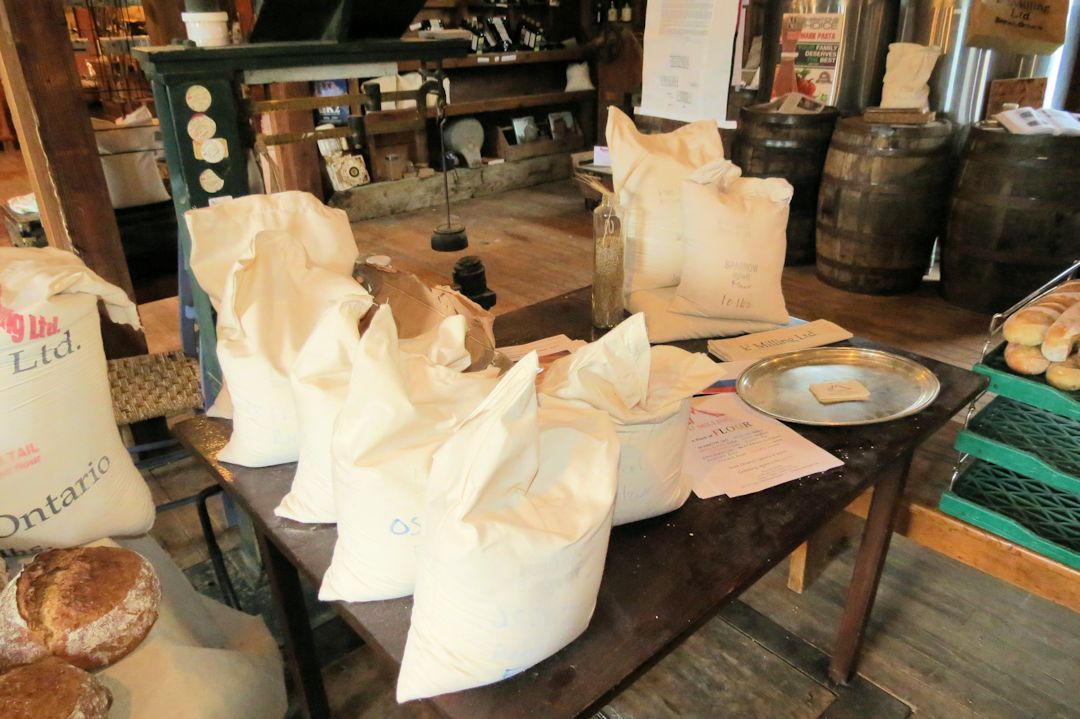 The white, cloth bags in the centre are the 10lb sizes. 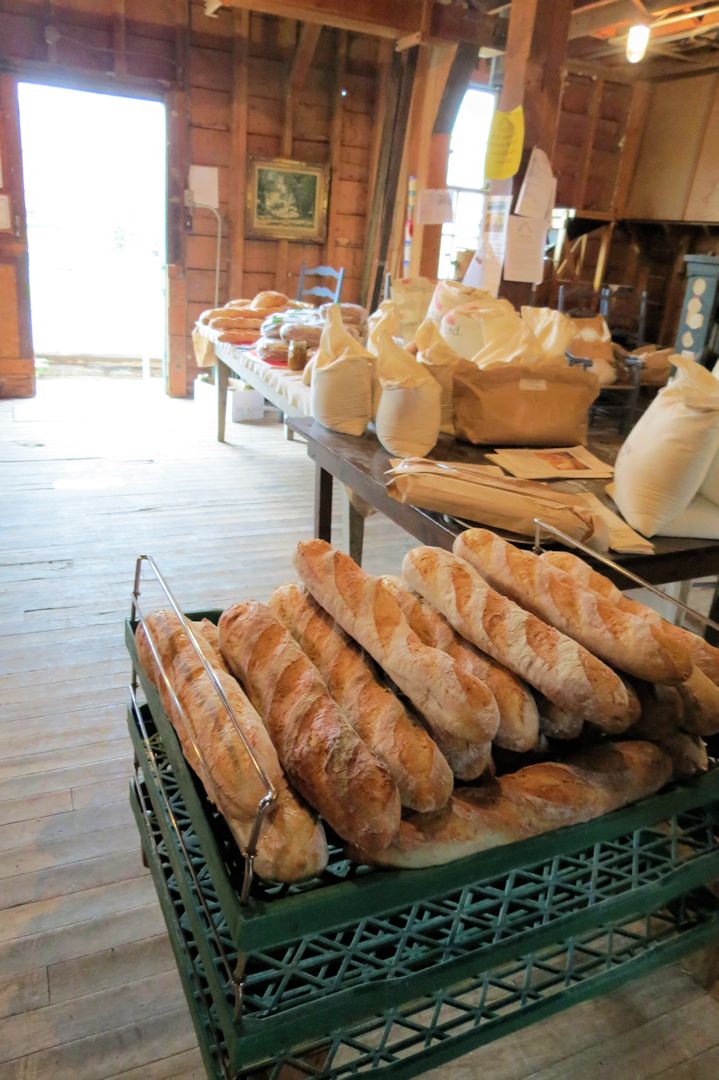 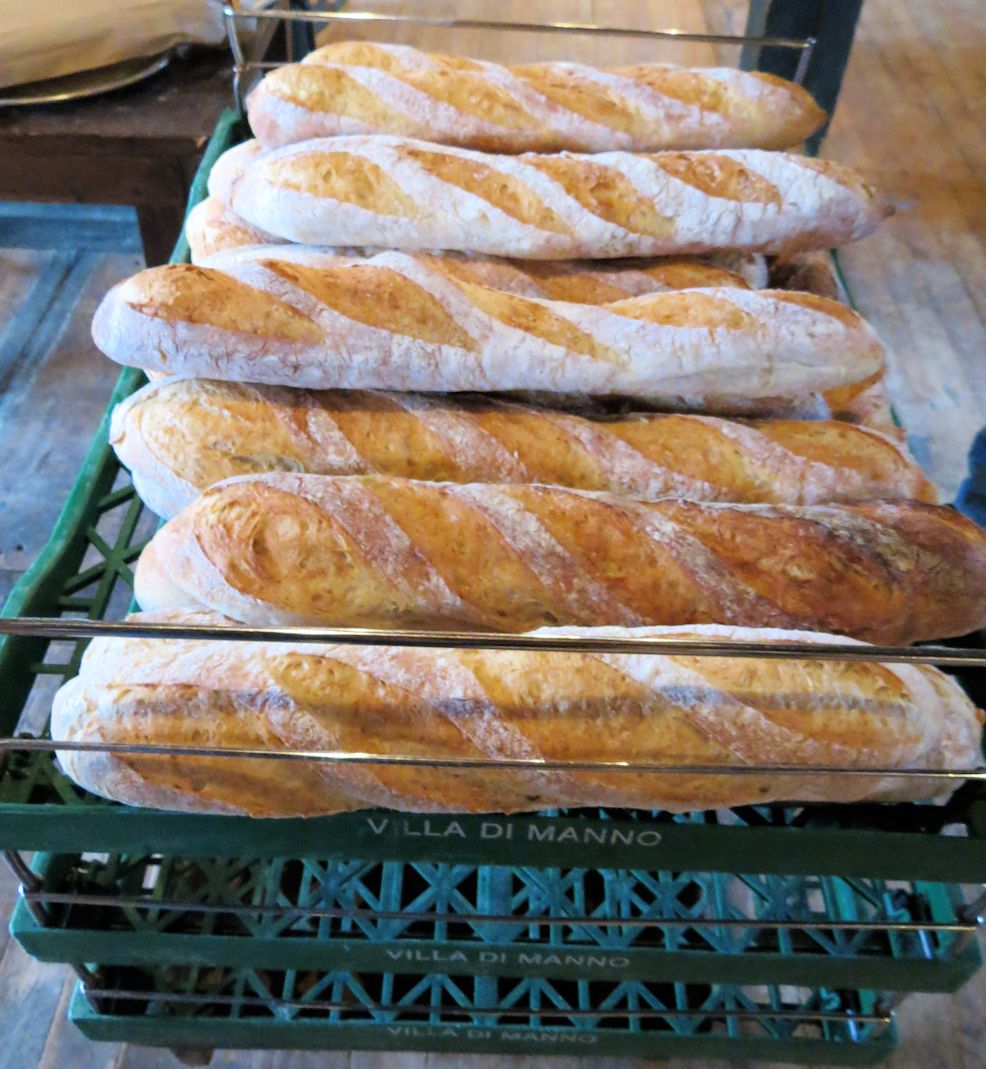 Susan had to drag me away from the baguettes… 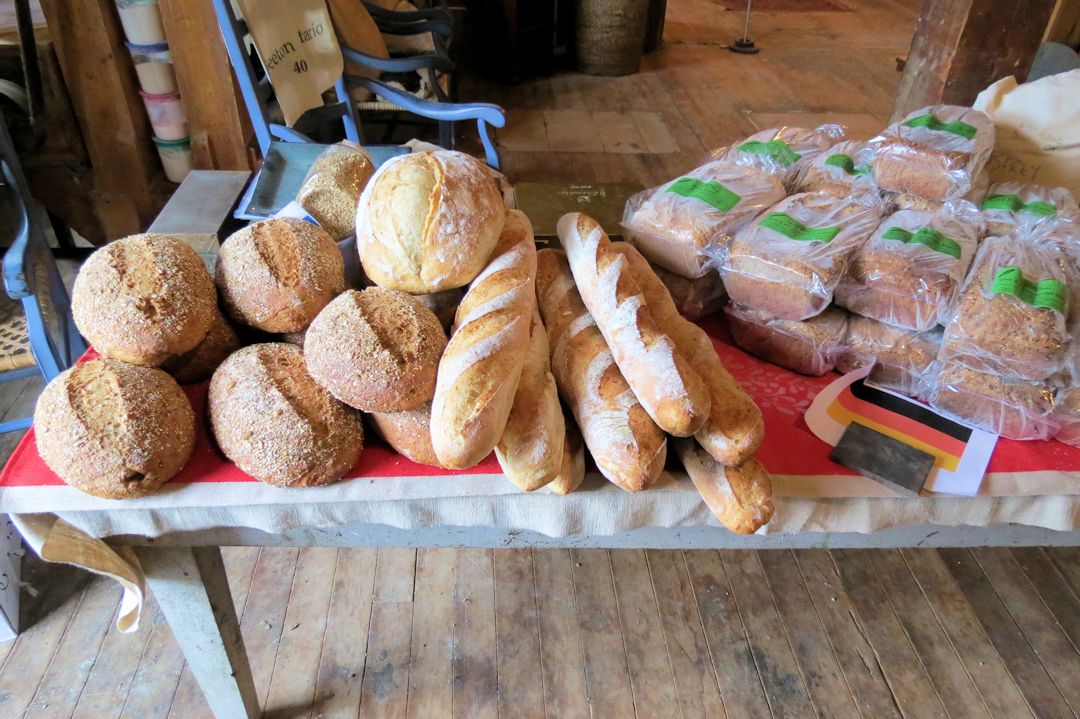 Wholewheat/whole grain boules on the left, slice, spelt sourdough bread in bags on the right. 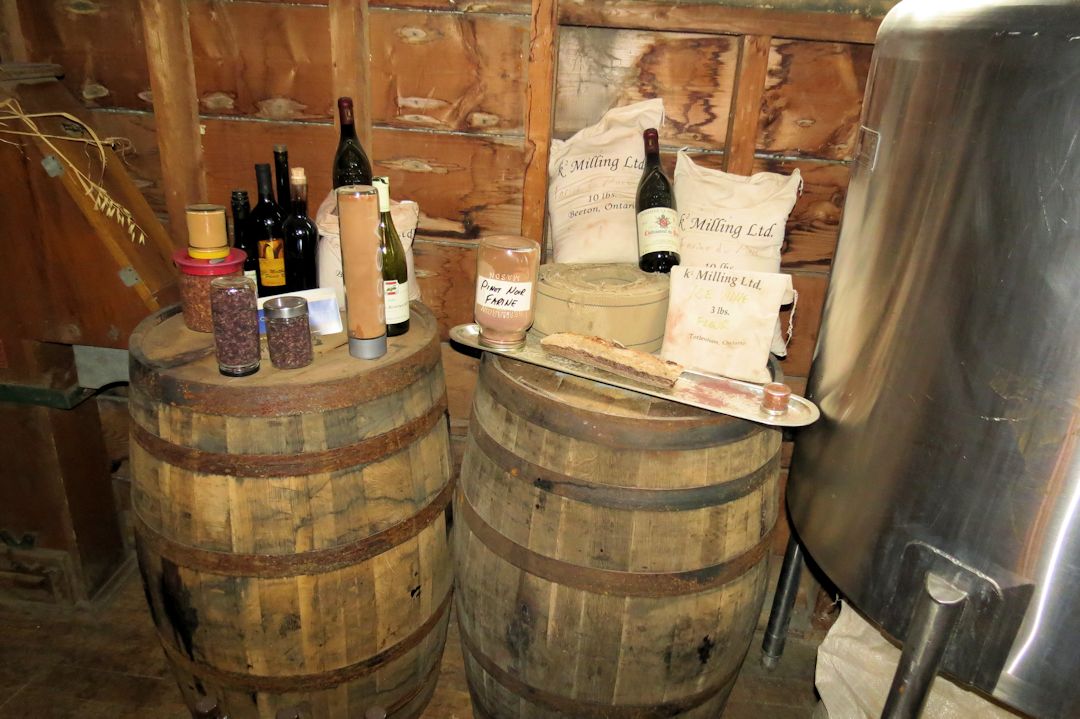